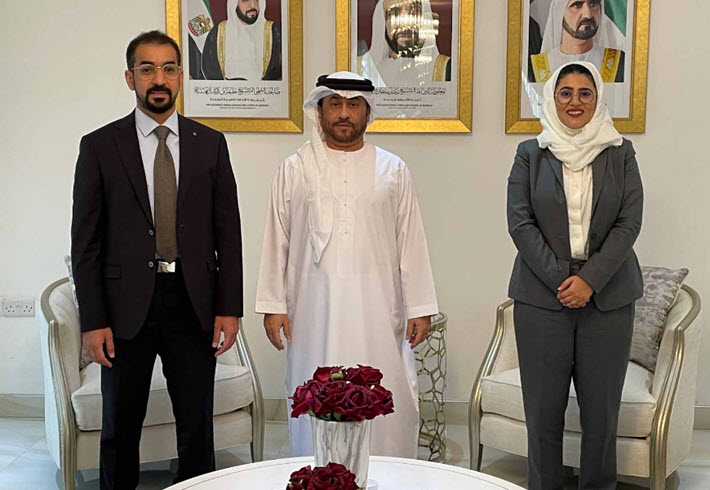 The UAE’s Emirates Publishers Association met with publishers and associations from across Africa at the Ghana International Book Fair last week. 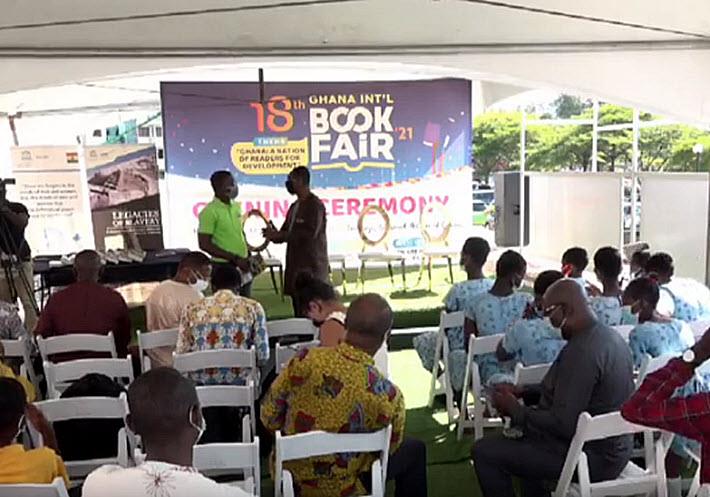 At the opening ceremony, August 26, of the Ghana International Book Fair. Image: GIBF

Talks With the Ghana Publishers Association

Many of the Emirates association’s efforts to date have focused on training and professionalizing the United Arab Emirates’ and Arab region’s book business, one key goal being the establishment of a sorely needed distribution company. But outreach to international markets is another element of what the UAE’s program needs, and the Ghana trip was led by Rashid Al Kous and Mariam Al Obaidli—respectively the CEO and corporate communications director of the Emirates Publishers Association—in a bid to set up new links into African markets.

While in Accra, Kous and Al Obaidli met at the embassy with Khalifa Yousif Alzaabi, the UAE’s ambassador to Ghana, discussing ways to initiate cultural exchanges between the UAE and Ghana and future plans to introduce UAE’s literature through Ghanian libraries.

To that end, there were also talks between Kous and Al Obaidli and the Ghana association’s Asae Konadu Yamoah, Edward Yaw Udzu, Benjamin Tawiah Klu, and Ernest Oppong, who also is the acting executive director for the African Publishers Network (APNET).

Members of the international publishing community are accustomed to seeing the Emirates Publishers Association’s stand at trade shows and book fairs, as the organization works to generate ties with more markets.

In a prepared statement about the trip, Kous is quoted, saying, “The Ghana International Book Fair is one of the largest book fairs in the African continent. Our participation in this event highlights our close relationship with Africa’s publishing sector, which has developed phenomenally.

“It’s one more step forward in bolstering mutual coordination between the publishing markets in the UAE and Ghana, in view of the growing trade and economic relations between the two countries.”

Local reports indicate that at least 60 publishers and vendors were represented at the Ghana International Book Fair, most events of which were held in open-air settings with masking. The fair, like many, is public-facing and strongly aimed at the educational sector. Central events were focused on literacy programs, readings, and workshops for members of the publishing industry.

The fair is produced under the auspices of the Ghana Publishers Association, and Yamoah, the association’s chair, told local press outlets that in the course of the ongoing  coronavirus COVID-19 pandemic, the market has seen the digital acceleration toward ebooks.

The Emirates Publishers Association is scheduled to be at Frankfurter Buchmesse (October 20 to 24), with its stand in Hall 4.1, H22. 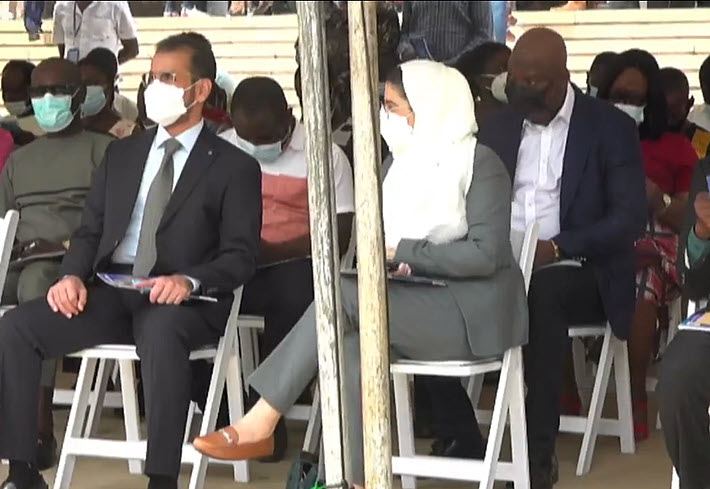 More from Publishing Perspectives on the International Publishers Association is here, more on issues of Africa and its publishing industries is here, and more on Frankfurter Buchmesse is here.