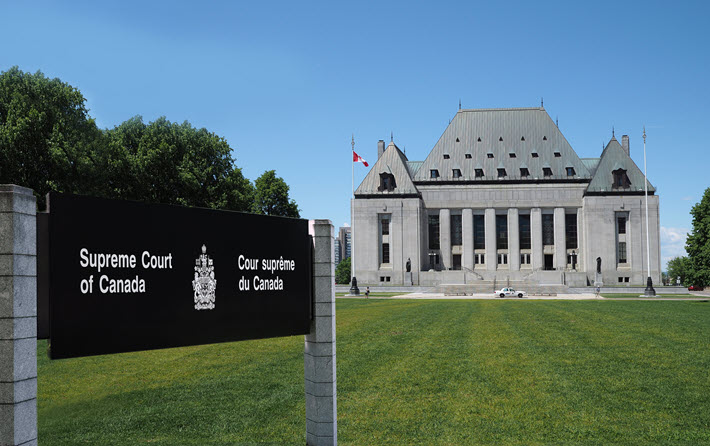 The Canadian publishing industry has been dealt yet another blow in its long-running dispute over copyright and fair use in educational settings.

Even in October, as it was announced that Canada’s supreme court would hear the case in response to appeals from York University in Toronto and Access Copyright, there were concerns about how the exercise might go.

Today (August 3), the Association of Canadian Publishers has released a statement saying that the organization’s membership “is discouraged by the Supreme Court of Canada’s July 30 judgment in the long-running legal dispute.”

As Jeremy Hainsworth writes for Business Intelligence for British Columbia, “The high court said tariffs set by the copyright board are not mandatory, that a collective society such as [Access Canada] cannot enforce them against a user who chooses not to be bound by them.”

Writing for CTV News, Jim Bronskill confirms, “In its unanimous decision Friday (July 30), the high court said the law does not empower the Access Copyright collective to enforce royalty payments set out in a tariff approved by a federal board if a user chooses not to be bound by a license.”

Publishing Perspectives readers are quite familiar with this long-running, wrenching instance of what the Association of Canadian Publishers has called a “broken copyright framework,” in which legislative action in 2012 triggered one of the world’s most closely watched standoffs between educational institutions and book publishers.

At issue is Canada’s bitterly contested Copyright Modernization Act of 2012. In describing the dispute, Access Copyright—English-language Canada’s officially mandated collective management organization (CMO) for reproduction rights—last year called the long-awaited supreme court response to the appeals “another chapter in a decade-long struggle by creators and publishers to be fairly paid for the copying and use of their works by the education sector.”

“The judgement,” the publishers now write, “dismisses appeals from both parties and leaves the federal court of appeal’s earlier ruling—that tariffs certified by the copyright board are not enforceable—in place. Disappointingly, the supreme court did not offer a ruling on York’s fair-dealing guidelines.

Kate Edwards, executive director to the publishers association, is quoted, saying, “Canadian publishers have been told consistently by successive governments since 2012 to be patient and to let the courts decide on the question of fair dealing for education.

“After nearly a decade of litigation, we find ourselves facing even greater uncertainty than when the Copyright Act was amended in 2012, and cannot repair the marketplace on our own.

“Bold leadership on the part of government is needed to clarify fair-dealing provisions, and to ensure that effective mechanisms for copyright enforcement are available to all rightsholders.”

“Resolution of the fair-dealing issue is essential to our ability to continue to supply the K-12 and post-secondary markets with Canadian-specific resources that tell our stories, use our language and measurement systems, and reflect the Canadian experience.”

The publishers are taking the position, in fact, that the supreme court decision reinforces assertions that Canada’s copyright framework is broken.

“Amendments made to the Copyright Act in 2012,” they write in today’s statement, “opened the door to mass and systematic copying by the K-12 and post-secondary education sector. The sector’s uncompensated copying beyond the legal limits of fair dealing, as determined by the copyright board, is in excess of $150 million. (US$119.4 million).

“At the same time, amendments have limited statutory damages for non-commercial use to a point that enforcement is impractical. Urgent action on the part of the federal government is needed to implement reforms that will correct market damage and provide a policy framework that supports future investment in Canadian writing and publishing.”

In April 2020, however, a new decision from an appellate court said that the educational community had acted wrongly but that schools and universities are not required to pay the licensing fees certified by the copyright board.

This new decision, as described in media messaging from the association’s Edwards, asserted that while the “fair dealing” guidelines used by the Canadian education sector “do not meet the Supreme Court’s test for fair dealing, it did not uphold the decision that tariffs certified by the copyright board are mandatory.

In further comment on the situation, Edwards said that through Access Copyright, “Canadian publishers have participated in the copyright board’s multi-year tariff process in good faith, and with an expectation of fair and reasonable compensation for the use of their content. The court of appeal’s decision on mandatory tariffs makes future engagement in this process futile, and leaves small- and medium-sized rights holders in the untenable position of pursuing compliance on their own, rather than through their collective.”

Announcing that the publishers association was “frustrated and disappointed” by this turn of events, the organization flatly called the Canadian market’s copyright framework “broken,” writing, “Amendments made to the copyright act in 2012 opened the door to illegal and systematic copying by the K-12 and post-secondary education sector. At the same time, amendments have limited statutory damages for non-commercial use to a point that enforcement is impractical.”

And following the supreme court’s action, we now hear a very similar conclusion from the publishers’ association, in what the world publishing community has long agreed is very nearly a “poster child” of how legislative action can damage and diminish the protection of copyright, essential to the work of authors and publishers.

“Urgent action on the part of the federal government is needed to implement reforms that will correct market damage and provide a policy framework that supports future investment in Canadian writing and publishing.” 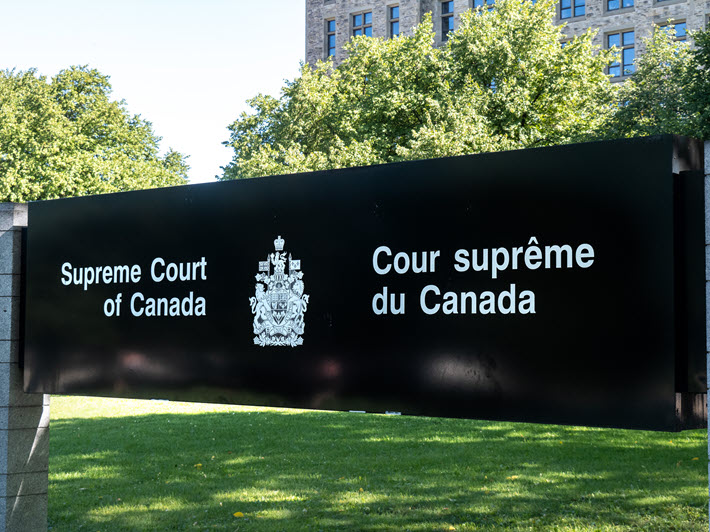 More from Publishing Perspectives on the Canadian market is here, more from us on the Copyright Modernization Act is here, and more on other copyright issues is here.