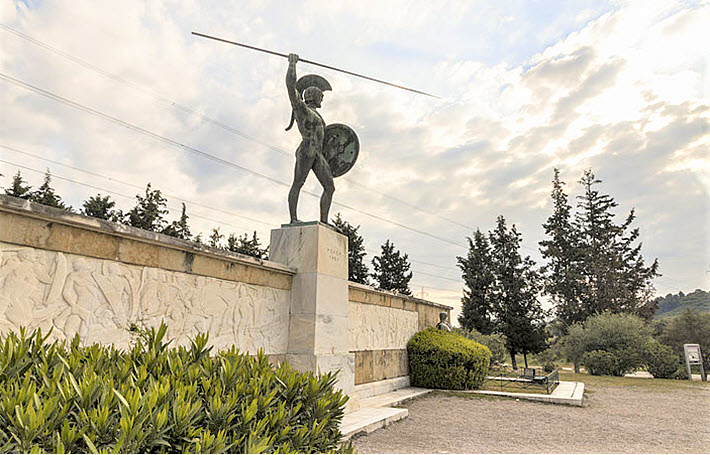 Faculty lead on the Cambridge Greek Lexicon James Diggle says, ‘It took over my life’ during the effort’s final 15 years.

James Diggle: ‘We Spare No Blushes’

Some of us are previewing Osprey Publishing’s The Bronze Lie: Shattering the Myth of Spartan Warrior Supremacy by Myke Cole. It releases in the States on September 7. 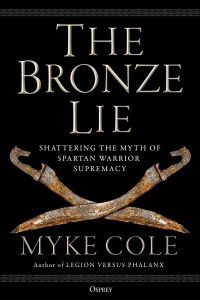 Among other things, Cole points to a Spartan “propaganda machine” so virile that it could give us Zack Snyder’s 2007 film 300 about the Battle of Thermopylae as a glorious victory  in 480 BC and go on to spear a sequel, 300: Rise of an Empire in 2014.

Good timing, then, the news this season of Cambridge University Press releasing its Cambridge Greek Lexicon. The actual release date was in April but we held off on mentioning it until now because this two-volume reference went right into a sellout and had to raise a new printing quickly, particularly because this was still ahead of the the digital release.

Now with stocks restored, the Cambridge Greek Lexicon is one of those projects that sounds like a Thermopylaean feat in itself.

The project took 23 years of work by a team from the faculty of classics at Cambridge led by editor-in-chief James Diggle, a professor with Queens’ College. And the attraction for those who love ancient Greek studies is the lexicon’s new definitions and translations rendered in contemporary English. If you’ve ever tried to study some of the older material on the subject, you’ll know that its English explanations required almost as much translation as the ancient Greek, making textbooks in the field some of the most frequently thrown volumes across university dorm rooms in many markets.

To create this new dictionary–Cambridge says it’s the first of its kind in nearly two centuries–the team re-read most of ancient Greek literature, from Homer forward into the second century AD.

Using digital databases, the scholars worked through the Greek alphabet’s 24 characters to make “a clear, modern, and accessible guide” to these very old words and their contextualized developments in the hands of various authors.

The project opened in 1997, spurred by scholar John Chadwick, whose own titles from Cambridge University Press include The Decipherment of Linear B and The Mycenaean World. And the initial plan, we’re told, was to revise the Intermediate Greek-English Lexicon by Liddel and Scott, which had first appeared in 1889. That’s the work that remains the most commonly used by English-language schools and universities–until now.

Diggle: ‘I Literally Wept With Joy’

While the two-decade work was first estimated to take five years, Diggle is quoted, saying, “Soon after work began it became clear that it was not possible to revise the Intermediate Lexicon; it was too antiquated in concept, design and content. It was better to start afresh by compiling a new lexicon. 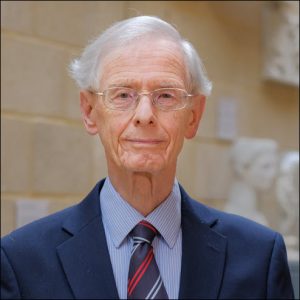 “We didn’t realize at the time the magnitude of the task, and it was only because of advances in technology that we were able to take it on. With the help of two online databases, the Perseus Digital Library and later the Thesaurus Linguae Graecae, we undertook the ambitious task of reading again most of Greek literature. We then had to appoint additional editorial staff and raise a huge amount of financial support.

“It took us over 20 years because we decided that if we were going to do it we must do it thoroughly.”

Cambridge University Press and the project’s typesetters created a special text design for the project, in an effort to make it as readable as possible. And the completed lexicon features in its two volumes around 37,000 Greek words drawn from the writings of some 90 authors and covered in more than 1,500 pages.

Diggle says, “At the outset of the project I undertook to read everything the editors wrote. I soon realized that if we were ever to finish I’d better start to write entries myself, and for the last 15 years or more I was fully occupied with it and did little else–it took over my life.

“While I was delighted to see the final printed volumes, the moment of greatest relief and joy was when I was able to sign off the very, very final proofs and say to the press ‘It’s finished. You can print it’. You can’t imagine what it was like, to realize that we had finally got there; I literally wept with joy.”

Examples of the Challenge: ‘πόλις’ and ‘ἔχω’

Diggle is providing to the news media examples of the value of the new contemporary handling of a couple of words.

“We didn’t realize at the time the magnitude of the task, and it was only because of advances in technology that we were able to take it on.”James Diggle, Queens College

“Take a word like πόλις,” he says, “which will be familiar to many in its English form polis.

“Our article shows the variety of senses which the word can have: in its earliest usage citadel, acropolis, then (more generally) city, town, also territory, land, and (more specifically, in the classical period) city as a political entity, city-state, also (with reference to the occupants of a city) community, citizen body.”

He points out the trouble with verbs for the team, too.

“Verbs can be the most difficult items to deal with,” he says, “especially if they’re common verbs with many different but interrelated uses.

“ἔχω, (ékhō) is one of the most common Greek verbs, the basic senses of which are have and hold. Our entry for this verb runs to 55 sections.

In Cambridge University Press’ media messaging, we read that the new work “takes a fundamentally different approach to its Victorian predecessor. While entries in the Liddell and Scott lexicon usually start with a word’s earliest appearance in the literature, the Cambridge team realized this might not give its original, or root, meaning.

“Instead, they begin their entries with that root meaning and then in numbered sections trace the word’s development in different contexts. Opening summaries help ease the reader into the longer entries, setting out the order of what’s to follow, while different fonts signpost the way, helping the reader to distinguish between definitions, translations, and other material, such as grammatical constructions.

“The use of modern-day language also helps to make clear meanings obscured by antiquated verbiage and by Victorian attempts at modesty when defining lewder words and phrases.”

Or as the exhausted Diggle puts it, “We spare no blushes.” 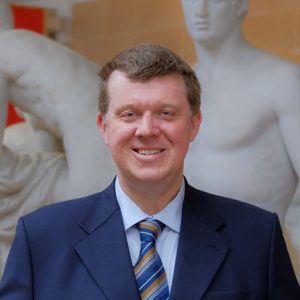 “It’s a colossal achievement and one that will last, I would like to say for all time, whatever that means, but I think that even if Cambridge University Press were to one day disappear, this lexicon would still be in use.”

Sharp need have no fear. Judging from that early sellout, the ancients’ marketing machine is still humming.

More from Publishing Perspectives on Cambridge University Press is here. And more from us on scholarly publishing is here.