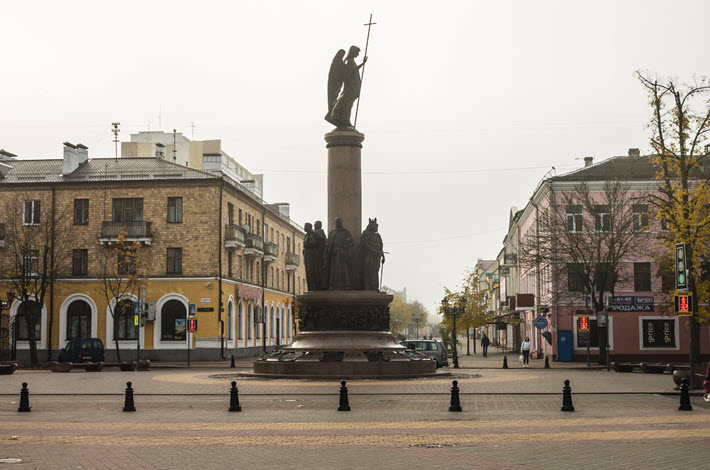 With new Belarus sanctions levied by the Biden and Johnson administrations, three leading writers’ organizations in Europe call for coordinated response to the Lukashenko regime’s brutality.

The Millennium Monument at Sovietskaya and Gogol streets in Brest, Belarus, a work designed by architect Alexei Andreyuk and sculptor Alexei Pavluchuk for the millennial obserances of the city. Image – Getty iStockphoto: Aloova

Today (August 9), many professionals in the literary and associated communities of the world are marking the anniversary of the Belarusian election that triggered a year of citizen protests and searing government repression.

This morning, presidents of three leading European organizations in literature and the news media have released a joint statement to mark what they characterize as the Lukashenko regime’s “radical crackdown against the free word.” The European Federation of Journalists (EFJ), the European Council of Literary Translators’ Associations (CEATL), and the European Writers’ Council (EWC), representing a total 490,000 members, write:

“We call on our colleagues in the press and the book sector to give a voice to those who are denied it in Belarus.

“Do not stop reporting on Belarus, print ‘banned books,’ advocate for local scholarships and residencies.

“Our commitment to democratic and human rights proves to those in Belarus who are fighting for their democracy that their resistance and immeasurable suffering is worthwhile.”

Alexander Lukashenko has been quoted this morning by Natalia Zinets for Reuters Kyiv saying that he won the August 9, 2020, election fairly “and saved Belarus from a violent uprising, alleging that some people had been ‘preparing for a fair election, while others were calling … for a coup d’état.'”

Update, August 9, 1740 GMT: PEN America in New York City has confirmed that, as feared, PEN Belarus formally has been dissoved by the Lukashenko government today. PEN America CEO Suzanne Nossel is quoted, saying, “This fraudulent regime is so scared of writers, so afraid of those who dare to speak, that it has trained its energies on trying to snuff out an organization of literary luminaries that stands for books, stories, and a reverence for the written word.”

Close on the heels of Belarusian sprinter Krystsina Tsimanouskaya’s refusal to return to Minsk from the Tokyo Olympics—another embarrassment for the Putin-backed dictator, who claims the athlete was put up to it—Warsaw’s ministry of foreign affairs not only has granted humanitarian visas to Tsimanouskaya and her husband but today is tweeting its support for the Belarusian population “to freely determine the future of their own country.”

Update, August 9, 2001 GMT: As anticipated, the Joe Biden administration in Washington has observed the anniverary by announcing new sanctions against Lukashenko’s regime, reported by the Associated Press’ Aamer Madhani in Wilmington to include “Belaruskali OAO, which is one of Belarus’ largest state-owned enterprises and a source of wealth for the regime; the Belarusian National Olympic Committee; and 15 private companies including the prominent Belarusian bank Absolutbank, that have ties to the Lukashenko regime.”

As Madhani writes, London has imposed new sanctions, as well, to “restrict trade in potash, oil products, interception and monitoring technology, and goods used in cigarette manufacturing. British investors are barred from buying securities issued by the Belarusian state or providing insurance and reinsurance to Belarusian state bodies.”

Madhani’s report adds, “Asked about the sanctions during his annual press conference on Monday, Lukashenko replied, ‘You in Britain can choke on these sanctions.'” 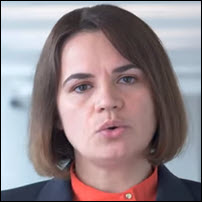 The opposition leader Sviatlana Tsikhanouskaya has issued a statement outlining “more than 36,000 Belarusians detained, 610 people recognized as political prisoners, and thousands more are behind bars on political grounds …

“On this day a year ago, for the first time in many years, we saw the real vote counts at many polling stations all over Belarus. With the help of an alternative count on the ‘Golos’ platform, the people could show: 56 percent voted for changes in the first round. And everything that has happened since then proves that these changes were already in the minds and hearts of Belarusians.

“The only person unable to understand it is the one who lost the 2020 presidential election. The cost of his rule by violence is enormous. In one year, the regime has gone from illegitimate to terroristic.”

August 9, 2021.
1 stolen presidential election in Belarus.
Millions of votes for changes.
365 days of peaceful protests.
610 polit. prisoners.
Thousands are imprisoned on polit. grounds.
36,000 came through detentions.
We continue to fight until all of these numbers are history. pic.twitter.com/p2VCJJWkX5

The three organizations’ presidents’ commentary highlights the fact that Lukashenko’s actions frequently have targeted “the free word,” creative and communications workers who write, report, and translate for the international community the struggles of the Belarusian population against a strongman’s relentless crackdowns.

“Since Lukashenko’s rigged re-election 9 August 9, 2020,” they write, “more than 40,000 people have been arrested in Belarus, including over 500 media workers, 1,200 cultural workers–writers, translators, musicians, actors–and human rights activists, as the immersive 2021 report by the Belarusian PEN Centre shows. That PEN Belarus organization, as Publishing Perspectives readers will recall, was one of the humanitarian and cultural organizations raided by Lukashenko’s forces in mid-July and scheduled for closure, actions objected to by PEN America and the European Writers’ Council.

As Yuras Karmanau is writing for the Associated Press from Kyiv, “More than 50 NGOs [non-governmental organizations] are facing closure, including the Belarusian Association of Journalists, the biggest and most respected media organization in the country, and the Belarusian PEN Center, an association of writers led by Svetlana Alexievich, the winner of the 2015 Nobel Prize in literature.” 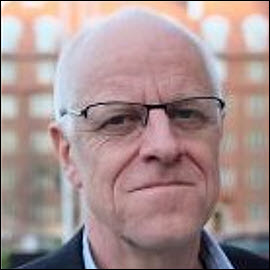 “In recent weeks, the newsrooms of 70 media outlets have been raided, 28 journalists and media workers arrested and 50 sites blocked. An EFJ member, the Belarusian Association of Journalists (BAJ), is to be liquidated; the court case will start on 11 August.

“Arrested journalists, bloggers, and editors have had to serve prison sentences and are being abused in prison. The situation of press freedom in Belarus is worse than it has been since independence in 1991.” 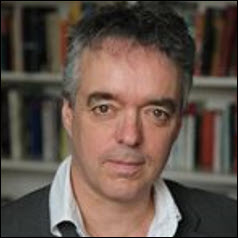 “As PEN Belarus reported, the literary scene is being targeted in a particularly perfidious and arbitrary manner,” says Shaun Whiteside, president of the translators’ associations’ council, CEATL.

“The news reaching us daily from Belarus becomes more dreadful by the day. The attacks on freedom of speech by the Belarusian government, especially as they affect writers, journalists and translators, is utterly intolerable, in Europe or anywhere else.”

“As the PEN Belarus report says, pensioners who read books by Nil S. Hilevich, Yakub Kolas, Uladzimir Karatkievich on the train were accused of taking part in an ‘unauthorized protest action’ because they read ‘opposition books.’

“Authors and translators critical of the regime are unerringly discredited on state television and their works sorted out in state bookshops. Customs inspect books sent abroad or arriving from abroad, and confiscate works classified as ‘extremist,” including the novel Revolution by Victor Martinovich. Nobel laureate Svetlana Alexievich is probably one of the most censored writers. It’s now forbidden to mention her in school literature classes.”

Nina George, president of the European Writers’ Council says, “We are witnessing a hateful state power that resorts to all means to slaughter the democracy movement and freedom of speech.”

“There are public calls on Belarusian state television to hang opposition members. Recently, the head of the Belarusian House in Kyiv, Vitaly Shishov, was found hanged in a park; he mainly helped fleeing Belarusians to find protection and stability in Ukraine.

“Our colleagues who are on the run ask us to call on European governments on their behalf to actively support the people of Belarus. After a year in which neither sanctions took effect nor the culture ministers of the European Union and European Economic Area were at least able to agree on a common stance in favor of the press and cultural workers of Belarus, it’s time for Europe to actively defend the values of democracy by supporting those who are suffering under Lukashenko’s violence.”

The three presidents are calling for solidarity among Europe’s ministers of culture and foreign offices, and they’re adamant that more resources and protection be given to Belarusians who are fleeing the country.

“We request a clear protest in a common statement to the ongoing violence and repression in Belarus and to press the illegitimate Lukashenko’s regime to release political prisoners immediately,” they write.

“Furthermore, we demand extended and accelerated humanitarian and/or Schengen visas for fleeing Belarusians, especially but not limited to persecuted media and cultural workers, as well as financial and political support for those NGOs in neighboring countries that intercept and support the fleeing Belarusians.” 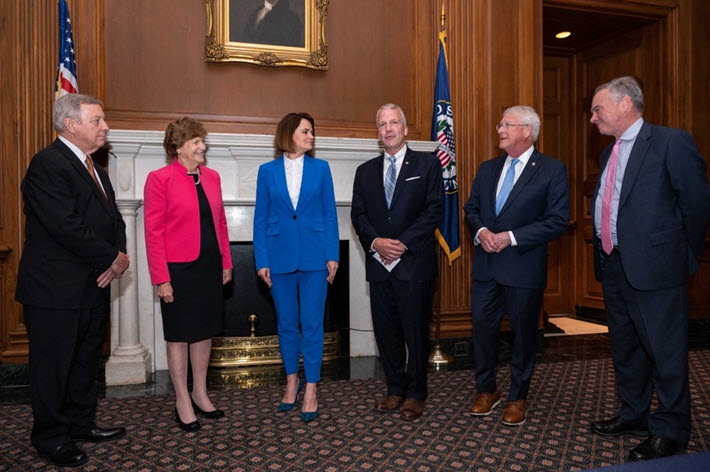 In the United States—following Sviatlana Tsikhanouskaya’s visit to Washington in mid-July to meet with Joe Biden and lawmakers on Capitol Hill—a bipartisan cohort of senators have formed a new caucus “to press for democracy in Belarus,” a development just announced on Friday (August 6).

“These sanctions demonstrate that the UK will not accept Lukashenko’s actions since the fraudulent election. The regime continues to crush democracy and violate human rights in Belarus.”Dominic Raab, UK Foreign Secretary

As American congressional alliances go, the Free Belarus Caucus is a comparatively impressive one–the presence of Markey, Durbin, and Kaine on the left and Shaheen, Tillis, and Graham on the right are particularly notable during a summer of relentless domestic disruptions and a new crisis level for the coronavirus COVID-19 variant B.1.617.2’s (“delta”) surge. Nevertheless, even after Lukashenko’s audacity in forcing down Ryanair 4978 to arrest opposition activist and writer Roman Protasevich, international resolve has been hard to organize and at times spotty.

In regards to today’s sanctions being imposed by the Biden White House, a list of targets for suggested sanctions was provided by Tsikhanouskaya last month as she met with officials in Washington. . As Jennifer Hansler is reporting at CNN, Biden has signed an executive order, saying, “Rather than respect the clear will of the Belarusian people, the Lukashenka regime perpetrated election fraud, followed by a brutal campaign of repression to stifle dissent.

“The United States will continue to stand up for human rights and free expression, while holding Lukashenka accountable, in concert with our allies and partners. Toward that end, today, we are issuing a new executive order that enhances our ability to impose costs on the regime and announcing new sanctions against Belarusian individuals and entities for their role in attacks on democracy and human rights, transnational repression, and corruption.” 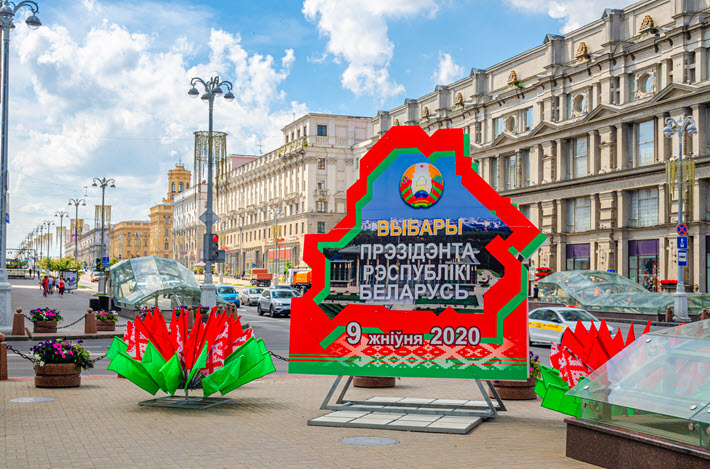 An election advertisement ahead of the August 9, 2020 vote in Minsk at the intersection of Independence and Pobediteley Avenue, July 26, 2020. Image – Getty iStockphoto: Aliaksandr Antanovich

More from Publishing Perspectives on freedom of expression is here and more from us on the freedom to publish is here. More of our coverage of the situation in Belarus is here. More on the European Writers’ Council is here, and more on international literary translation is here.