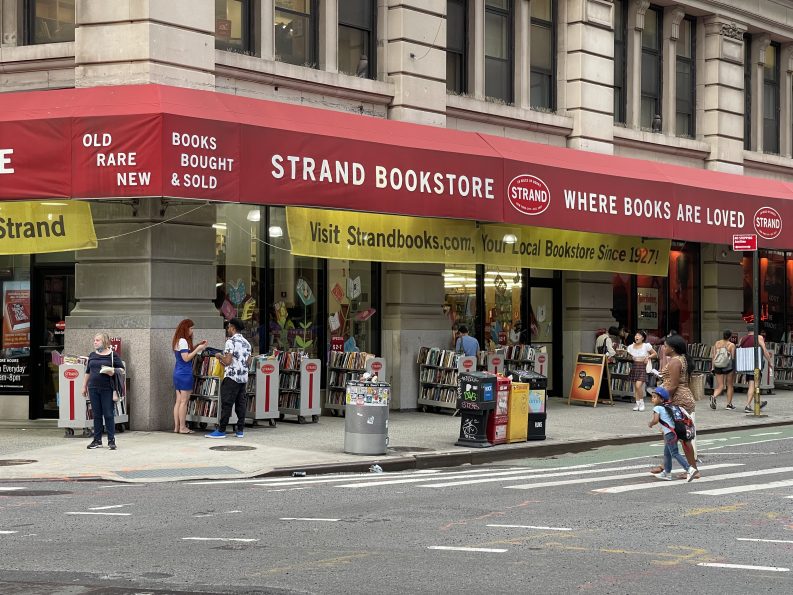 Across the entire US book industry, total revenues in January-to-June 2021 came in at US$6.3 billion, up 18 percent year-to-date. 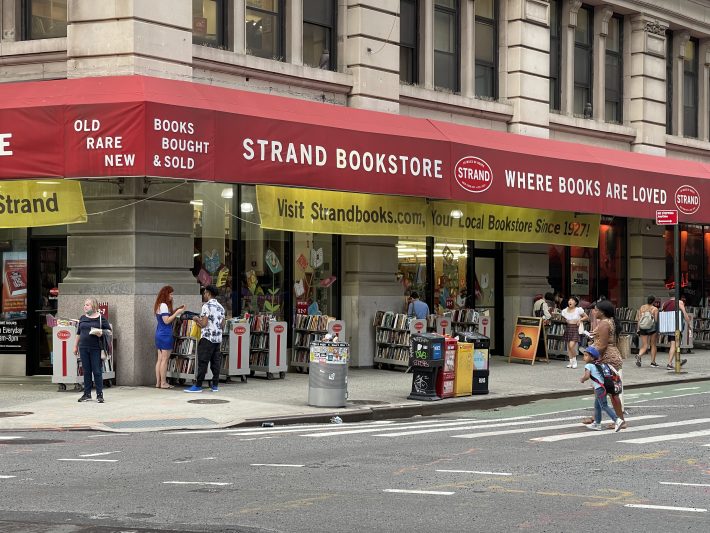 In its June 2021 StatShot report, released today (August 24), the Association of American Publishers (AAP) reports that total revenues across all categories were “essentially flat,” showing an increase of 0.2 percent as compared to June 2020, the monetary total being US$1.2 billion. Year-to-date revenues were up 18.1 percent, at $6.3 billion, for January through June. 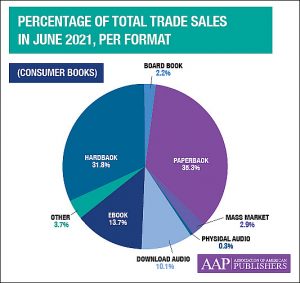 Trade (consumer books) sales were down 8.0 percent in June, coming in at $638.5 million. In terms of physical paper format revenues during the month of June, in the trade category:

Year-to-date, trade revenues were up 17.0 percent, with $4.1 billion in revenue.

Religious press revenues were down 8.9 percent in June, coming in at $43.7 million.

“The performance of the education categories during this month,” the AAP says in commentary, “may reflect multiple factors, including rebounding business” in June, a point at which it seemed to many early in the summer that the coronavirus COVID-19 pandemic—still ongoing—was winding down.

“In addition,” the staff writes, “the percentage increase between June 2020 and June 2021 reflects the fact that school districts delayed purchases until later in the year during the pandemic”–which of course is not over.

Professional books, including business, medical, law, technical and scientific, were down 9.3 percent during the month of June, at $30.3 million.

From the association’s media messaging, “AAP StatShot reports the monthly and yearly net revenue of publishing houses from US sales to bookstores, wholesalers, direct-to-consumer, online retailers, and other channels. StatShot draws revenue data from approximately 1,360 publishers, although participation may fluctuate slightly from report to report.