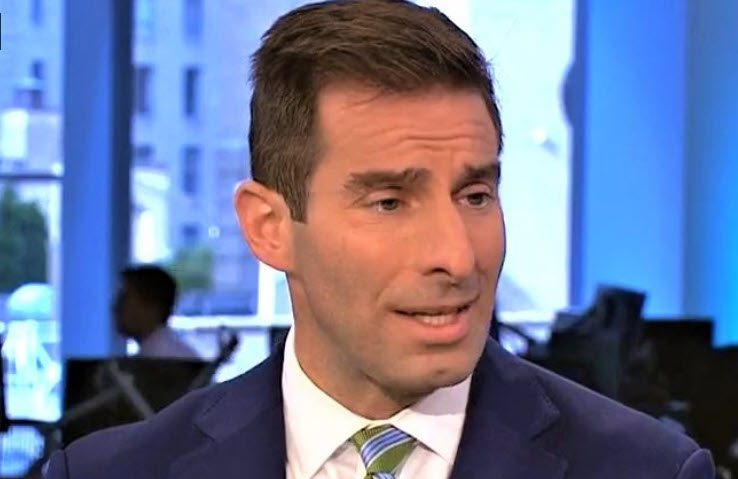 A Justice Department veteran and now author of Harper Books’ ‘Hatchet Man,’ Elie Honig says that at the DoJ without Barr, ‘I never wondered, Gee, is the attorney general telling the truth?’ 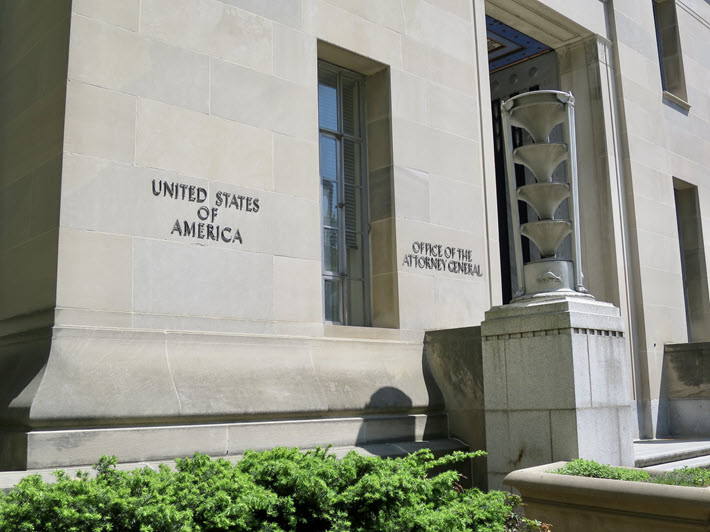 While some in the publishing business had wondered whether political books would retain their energy in the American market after Donald Trump’s departure from the White House, it appears now that the answer is yes. In the “what just happened?” stage that has followed the Trumps’ angry decampment for Mar-a-Lago and Bedminster, releases are arriving with studies of the last administration. 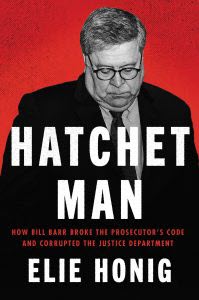 Today’s (July 6) release is Hatchet Man: How Bill Barr Broke the Prosecutor’s Code and Corrupted the Justice Department (HarperCollins). And it’s what its author, Elie Honig, says is the first book on the Trumpian term to explore one of the former president’s most aggressive enablers.

Others of the summer season’s flotilla of new books on the theme are meant to illuminate and emphasize the current residual Trumpist stranglehold on the United States’ right wing.

It has been learned that Bob Woodward’s Trump-era Fear and Rage are to be followed on September 21 by the release of a new book, its title not yet confirmed by Simon & Schuster. 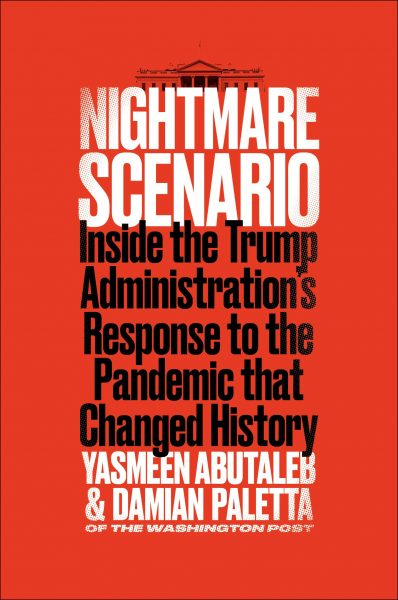 This time Woodward is working with the Washington Post’s Robert Costa, and they’re studying the end of Trump’s term and the start of the Biden administration, per first reporting about the release from Elizabeth Stuart and Jamie Gangel at CNN.

Two more Washington Post journalists, Yasmeen Abutaleb and Damian Paletta, are behind HarperCollins’ release a week ago (June 29) of Nightmare Scenario: Inside the Trump Administration’s Response to the Pandemic That Changed History, which has become a No. 1 bestseller at Amazon.com in the States in epidemiology; government management; and public affairs and policy. 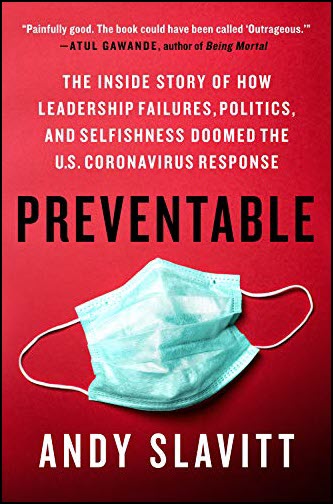 Preventable: The Inside Story of How Leadership Failures, Politics, and Selfishness Doomed the US Coronavirus Response was released by Macmillan’s St. Martin’s Press on June 15 and stands at No. 1 in the US Amazon Kindle store in health care delivery and at No. 2 in social services and welfare, and in health policy.

Its author is Andy Slavitt, the popular Obama Medicare/Medicaid chief who turned around implementation of the Affordable Care Act. In June, Slavitt finished, on schedule, his work as Joe Biden’s senior advisor in the White House COVID Response Team that rolled out the US vaccination program that so far has administered more than 331 million inoculations. 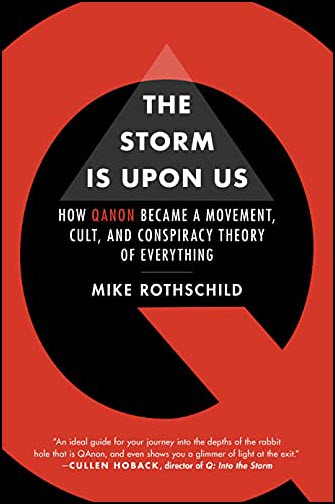 Mentioned earlier, The Storm is Upon Us: How QAnon Became a Movement, Cult, and Conspiracy Theory of Everything from Melville House is journalist Mike Rothschild’s book on the conspiracy theory and its peculiar hold on Trumpists in the American electorate.

And step away from the White House, and former Nebraska governor (1991-1999) and senator (2001-2013) Ben Nelson is ready with a September 1 release from the University of Nebraska Press Potomac Books.

For one thing, Death of the Senate: My Front Row Seat to the Demise of the World’s Greatest Deliberative Body breaks the grip of the red-and-black covers in the field. 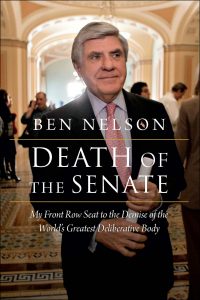 More importantly, it takes on the current dysfunction of the upper chamber of Congress. He, not unlike Joe Biden, is an abiding proponent of bipartisanship and sees it as the only avenue back to effective legislation—as well as the route to decisions that have the best chance of survival in a shaken democracy.

Nelson says that a key problem is overly powerful leadership that seeks to control the Senate’s narrative instead of managing its functions and protocols.

Too many senators, he says, come to Washington today looking to obstruct at every opportunity, rather than searching for solutions to national challenges. 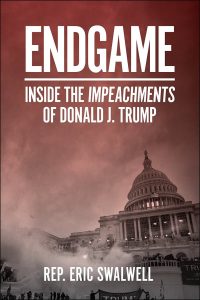 Also out today is the paperback edition from Abrams Press of Rep. Eric Swalwell’s (D-CA15) June 15 release, Endgame: Inside the Impeachments of Donald J. Trump.

Following the pattern of examining the Trump episode in American history and politics, Swalwell—who was an impeachment manager in the second impeachment—recounts the two efforts, both successful, in seeing Trump impeached, the third president to suffer such a condemnation and the only president ever to be impeached twice.

Swalwell has added several new chapters to the book for this new edition to include the 2020 election, the January 6 pro-Trump terrorist strike on the US Capitol, and his February experience in that second impeachment cycle. 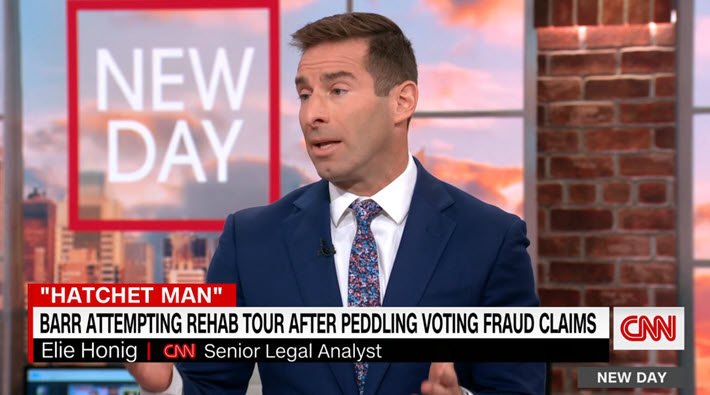 Today’s release, Hatchet Man, Honig tells Publishing Perspectives in an interview, is not landing as a surprise to the former attorney general. “He knows about my book. I know that for a fact. He’s very image-conscious, very reputation conscious. 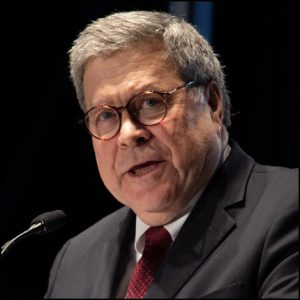 “I asked him to speak with me twice. He didn’t say no, he just didn’t respond at all.”

And it would be hard to get a better runway to today’s release than Bill Barr’s interview with Jonathan Karl, published June 27 by The Atlantic. As Karl writes, “To Trump, the unkindest cut of all was when William Barr stepped forward and declared that there had been no widespread fraud in the 2020 election, just as the president was trying to overturn Joe Biden’s victory by claiming that the election had been stolen.”

Karl’s right, of course, that the man “widely seen as a Trump lackey who politicized the Justice Department [DoJ]” wasn’t expected to defy Trump on December 1 with an announcement that there was no evidence of “fraud on a scale that could have effected a different outcome in the election.”

Honig says that in talking to Karl, Barr  has begun an image rehabilitation tour. “Barr wants to be well thought of, well remembered, well regarded by history,” Honig says. “I think he’s smart enough to realize the danger and the sheer irrationality of the Big Lie” that the 2020 election was stolen from Trump.

“Unfortunately, Bill Barr is accountable for his actions,” Honig says. “And his actions before the election were incredibly damaging. He lent the weight of the Justice Department to the election fraud theory. And he’s one of the people most responsible for getting the Big Lie started.”

Honig in conversation points to what an enigmatic figure Barr is, one of only two people to have held the post of US attorney general twice, first in the George HW Bush administration (1991-1993), then as Trump’s attorney general (2019-2020). Between those stints, Honig says, he was largely out of public view between his periods in the office.

Honig writes that in that second tour of duty for Trump, Barr, now 71, “willingly, affirmatively, and aggressively used the Justice Department as a political tool to help Trump—until the very end, when it was clear that Trump’s days in office were numbered.

“People sometimes say Barr ’allowed’ or ’permitted‘ the Justice Department to become politicized. But it’s more than that; that phrasing is too passive. Barr didn’t merely sit by and let the Department of Justice get dragged into politics by Trump or others—he made it happen himself, by design and with gusto, often directly in response to Trump’s corrupt entreaties.”

Elie Honig is a former federal and state prosecutor who was an assistant US attorney for the Southern District of New York. There, he was co-chief of the organized crime unit, and as director of the New Jersey division of criminal justice, he supervised more than 500 prosecutors, detectives, and staffers. He’s a faculty associate at Rutgers’ Eagleton Institute of Politics and a CNN senior legal analyst with an avid following today starting to read his book.

Honig has at many points in commentary about the Barr Justice Department pointed out that Barr is not a former prosecutor. Honig places great importance on the presumed integrity of the prosecutors’ corps and his book’s arguments often rely on that perceived shortcoming in Barr, a point amplified in May and June by disturbing examples of prosecutorial overreach in subpoenas aimed at members of the press with their news chiefs placed under gag orders. In case you missed these cases, the Washington Post columnist Margaret Sullivan wrote well to the issue on June 7.

One of the more interesting points about Barr’s background brought to light by Honig and not clearly on view during the Trump administration is a deep grounding in religious convictions that Honig says impacted his role as attorney general.

“In a remarkable October 2019 speech at the University of Notre Dame,” Honig writes in his book, “Barr expounded on the need for religious values to guide American social order. He gave the speech in his official capacity as attorney general—DoJ published a transcript of his remarks on its site—but his words more resemble those of an anti-secularist ideologue than the chief law enforcement officer of the United States.

“Barr railed at length about the evils of secularism, opining that the country’s founders believed that ‘to control willful human beings, with an infinite capacity to rationalize, those moral values must rest on authority independent of men’s will—they must flow from a transcendent Supreme Being.” …

“In his view, it’s not so much religion itself that must prevail, but only a certain type of religion: ‘In fact, Judeo-Christian moral standards are the ultimate utilitarian rules for human conduct.'”

What comes across in Honig’s discussion of his book is the kind of personal sense of betrayal felt by many attorneys associated with the Department of Justice.

“I’m saying there was a fundamental belief that the public shared that DoJ stands separate and apart.”Elie Honig

“I worked at DoJ for eight years,” he tells Publishing Perspectives. “The first four years were 2004 to 2008, so that was George W. Bush, and then 2008 to 2012, Barack Obama. We went from a Republican administration to Democrat.”

The first day of the Obama administration, he says, “didn’t feel any different to me than the prior day or the day before that. It was a new administration, sure. You were going to have some new policy priorities. But it didn’t feel like the Department of Justice had changed on its two fundamental pillars of credibility and independence.

“In serving under both parties, I never wondered, ‘Gee, is the attorney general telling the truth? Is he fudging here? Is he playing politics for one side against the other?’

“I’m not saying all attorneys general have been pure and perfect,” says Elie Honig. “But I’m saying there was a fundamental belief that the public shared that DoJ stands separate and apart. And I think Bill Barr really did serious damage to that.”

In addition to his work on CNN, you can follow Honig’s writings and audio work at Cafe.com.

More from Publishing Perspectives on nonfiction is here, more on political books is here, and more on Donald Trump is here. Porter Anderson is a former anchor, editor, and senior producer with CNN.