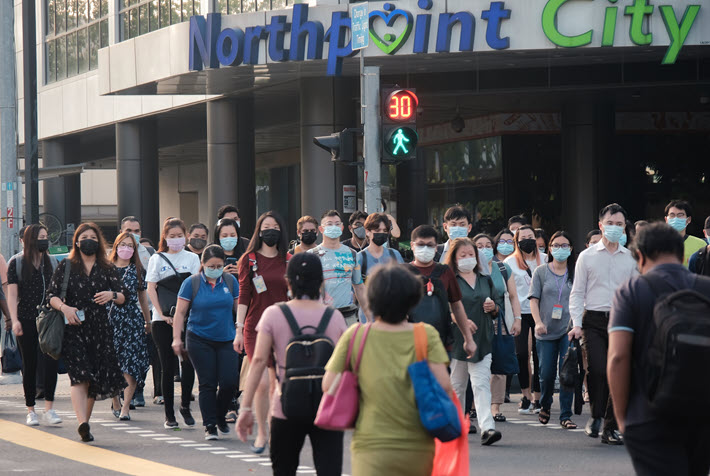 Outside Singapore’s Northpoint City mall in the Yishun district in late May, as a Phase 2 heightened COVID-19 alert level was issued. Image – Getty iStockphoto: Kandl

More than 70 Sessions, All Digital

As Publishing Perspectives readers will remember, the Asian Festival of Children’s Content in Singapore underwent an industry conference organizer’s nightmare in late May.

Having been set to run in a hybrid format with both in-person and digital events—and that upbeat slogan “Reimagine. Rebuild. Reignite.”—the venerable show had to make hasty changes in its plans, moving workshops and masterclasses into June and communicating with ticket holders as the schedule and prognosis for the show’s viability on a roller coaster.

The COVID-19 alert levels had been elevated and new restrictions on gatherings were being issued.

Today, Singapore has, in typically agile style, stepped right up to the situation. By August 9, the island nation anticipates having fully vaccinated two-thirds of its population, according to CNN”s report from Helen Regan. The progress so far has put a first dose into all those arms and the plan is to move from the state’s aggressive track-and-quarantine approach to following serious cases and hospitalizations as the key gauge.

This, after Singapore’s health, finance, and trade ministers co-wrote an op-ed for the Straits Times published on June 24: “Living Normally With COVID-19: Task Force Ministers on How Singapore Is Drawing a Road Map for a New Normal.”

And as it turned out, we have word today (July 2) that organizers at the Singapore Book Council were pleased to have more than 3,000 views of its digital presentation over its four-day run.

Reverting to an entirely online event, the council’s folks delivered more than 70 sessions between May 27 and 30, with at least 100 local and international speakers.

Country of Honor Thailand launched the planned co-translation project with Singapore during the course of the events, ensuring that two children’s books from each country will be translated into Thai and English.

Books chosen for the project are:

During the festival, an open call for submissions was made for the Scholastic Asian Book Award (SABA) 2022. This is a joint initiative between the Singapore Book Council (SBC) and Scholastic Asia, which recognizes children’s literature of Asian origins.

Selina Lee, Scholastic Asia vice-president, is quoted in a prepared statement, saying, “At a time where children are unable to travel to discover the world and social connections are so limited, we believe that story books play a critical role in giving them an outlet for imagination and a window to the world.

“Children’s literature is vital in bringing to life the richness of different cultures, anecdotes and experiences, and SABA continues to be the platform for Asian authors to keep the Asian heritage alive. Through this flagship initiative, we hope to continue our commitment in promoting diversity and inclusiveness by championing more Asian voices in children’s literature.”

The winner of the award will win a prize of S$10,000 (US$7,425) along with an opportunity to have the manuscript published by Scholastic Asia.

Another call for submissions has just been opened, with a deadline of August 27, that one for the Hedwig Anuar Children’s Book Award. Details of that one can be found here.

Next year’s Asian Festival of Children’s Content in Singapore is set for May 26 to 29. The program has opened its submissions period for professionals interested in making presentations at that event. 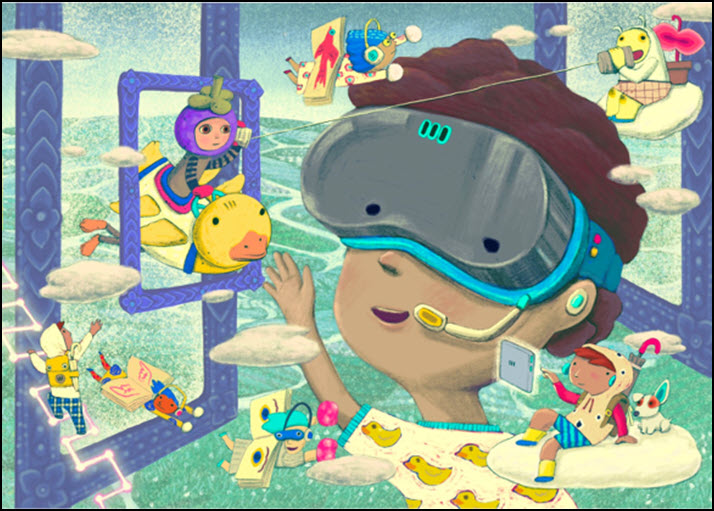 Image: Artwork for the 2021 Asian Festival of Children’s Literature is by Kampanart Sangsorn