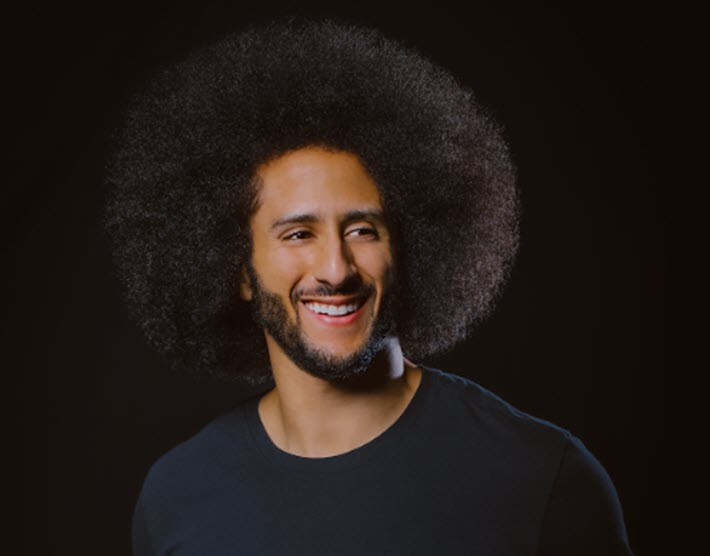 The former National Football League quarterback Colin Kaepernick writes in his first book in the series about realizing differences as a child between himself and his adoptive family.

‘This Story Is Deeply Personal to Me’

The American civil  rights activist Colin Kaepernick has signed a multi-book deal with the largest international children’s book publisher, Scholastic, and this is also being announced today (July 15) by a lesser-known independent publishing house: Kaepernick Publishing.

That smaller house’s descriptive copy says that it “strives to elevate a new generation of writers with diverse views and voices through the creation of powerful works of all genres that can build a better and more just world.”

And the first book to be released on April 5 in the agreement with Scholastic is I Color Myself Different, “a picture book inspired by a significant childhood memory of when Kaepernick first documented that he was different from his adopted white family.”

As today’s announcement explains it, “During a kindergarten exercise on drawing families, Kaepernick remembers putting down the yellow crayon he had been using to draw his family and picking up the brown crayon for himself. This moment crystallized for him the differences marked by his adoption, and how acknowledging those distinctions could encourage us all to be more accepting of ourselves and each other.” In October, Kaepernick Publishing opened a project with Medium, a series of 30 essays from various activists on the abolition of police and prisons.

In a prepared statement, Kaepernick is quoted today on the Scholastic news, saying, “This story is deeply personal to me, and inspired by real events in my life.

“I hope that it honors the courage and bravery of young people everywhere by encouraging them to live with authenticity and purpose. I’m excited for Kaepernick Publishing to be collaborating with Scholastic on books with Black and Brown voices at the forefront. I hope that our books will inspire readers to walk through the world with confidence, strength, and truth in all they do.” 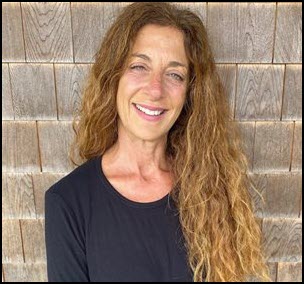 For Scholastic, Debra Dorfman, the vice-president and publisher of Scholastic global licensing, brands, and media, is quoted, saying, “Colin’s reputation as a thought leader precedes him, but it was also clear when we met that his mission and purpose were very much aligned with Scholastic’s.

“We knew instantly that we wanted to share his stories, which will be impactful messages of identity and belonging for Black and Brown children.”

Kaepernick, as Scholastic sums up his background in sports, holds the National Football League (NFL) record for the most rushing yards by a quarterback.

In the San Francisco 49ers’ third pre-season game of 2016, Kaepernick sat during the playing of the US national anthem. He was quoted at the time, saying, “I am not going to stand up to show pride in a flag for a country that oppresses Black people and people of color. To me, this is bigger than football and it would be selfish on my part to look the other way. 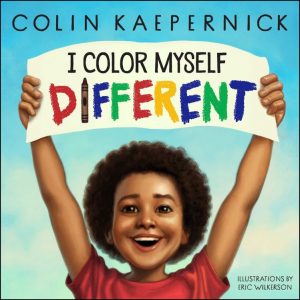 “There are bodies in the street and people getting paid leave and getting away with murder,” that last reference being to police killings of Black citizens.

“Taking the knee” became the protest action of choice in that year’s fourth pre-season game. Eventually, Kaepernick’s protests attracted the attention of Donald Trump who, in 2016 said, “Maybe he should find a country that works better for him.”

Unsigned after the 2016 season, Kaepernick would sue the NFL in 2017 for alleged collusion in freezing him out. He withdrew the filing after reaching a confidential settlement with the NFL. He remains unsigned by professional football.

Illustrations for the coming I Color Myself Different are by Eric Wilkerson.

Brokered in an exclusive offer from Kaepernick Publishing, the agreement with Scholastic includes world rights and all languages for both print and ebook formats. Andrea Davis Pinkney, vice-president and executive editor of Scholastic, will edit the April release.