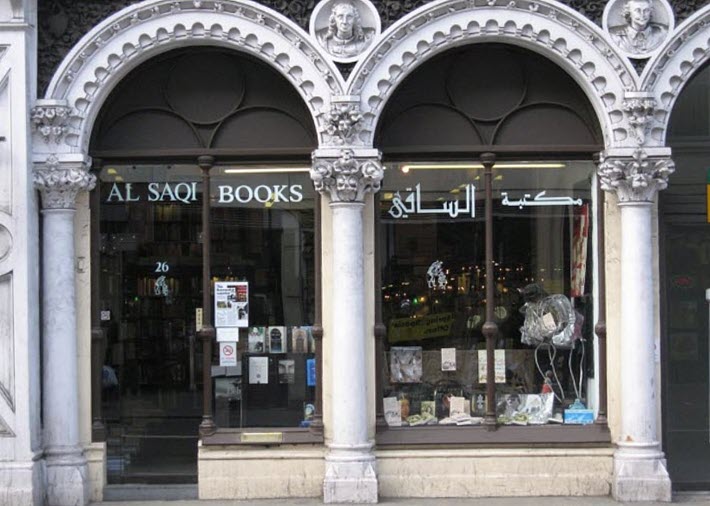 An emergency fund has been opened for London’s Saqi Books, which reports severe damage from Monday’s heavy rain in the British capital. 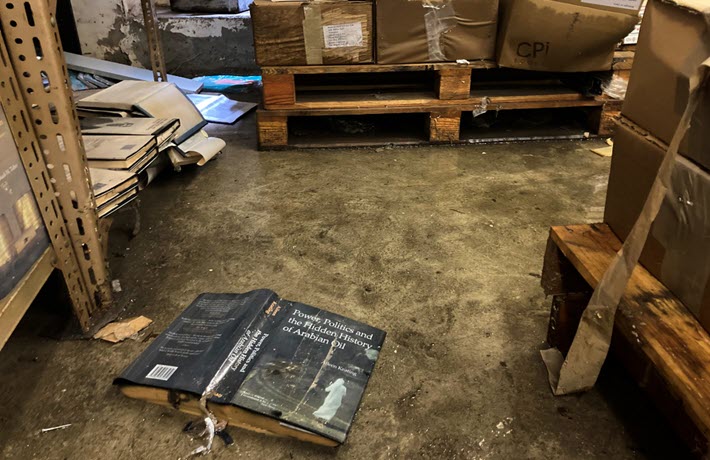 The aftermath of a basement flood at Saqi leaves books and boxes of inventory soaked, including a copy of Aileen Keating’s ‘Power, Politics, and the Hidden History of Arabian Oil’ by Aileen Keating ruined on the cellar floor. Image: Saqi

An Emergency Fund Has Been Set Up

As the BBC has described it today (July 13), “parts of London received a month’s worth of rain in one day” on Monday (July 12), with flash flooding sending waves through the somewhat ironically named Raynes Park and other areas.

A distress alert has gone up from the highly regarded Saqi Books shop and publisher Saqi Books in Westbourne Grove on the other side of west Kensington Gardens from Olympia London, for regulars at London Book Fair who know the area. Both the building with its handsome facade and hundreds of books, have been damaged by wastewater a meter deep in the basement, according to rights manager and senior editor Elizabeth Briggs.

In a message this evening to the news media, Saqi publisher Lynn Gaspard says, “Since first opening our doors almost half a century ago, we have survived wars, smashed windows, death threats, the bombing of our warehouse in Beirut during the 2006 war, and censorship of the books we publish. It’s fair to say that we’ve had our fair share of tough times. 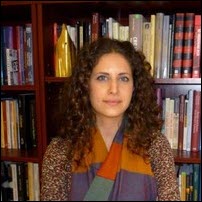 “But the challenges of the last 18 months have been unprecedented. A large proportion of our regular customers travel to Saqi annually from overseas. This has been impossible since the start of the pandemic and has resulted in a drop in sales.

“Further, because of the political and economic crisis in Lebanon, the supply chain has broken down and we haven’t been able to order new Arabic books into the shop for more than a year.

“All of which isn’t aided by this flood and the resulting loss of our precious stock of books.”

Funds collected will go toward cleaning up the mess, handling pulping costs, replacing destroyed stock, and building in some new flood-proofing measures for the basement storage area.

More on Saqi and the Rain Storm 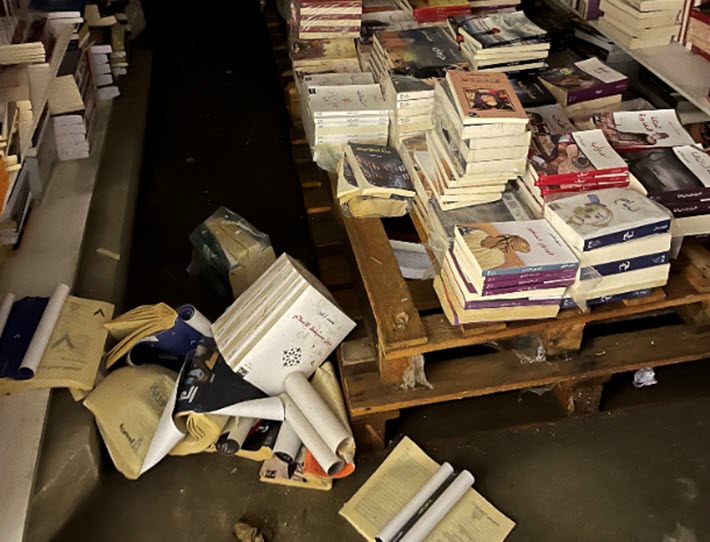 You may know Saqi by its imprints, Westbourne Press and Telegram, the latter of which has focused on international writings.

Saqi is a store specialized in Middle Eastern and North African books and literature, carrying work in both English and Arabic. Established by André Gaspard and the late Mai Ghoussoub, who had left Lebanon in 1978, the shop began publishing English-language works under the name Saqi Books in 1983. Beirut’s Dar al Saqi was founded in 1991 as a sister company to release Arabic-language work including nonfiction and original fiction.

Dar Al Saqi was awarded the Sheikh Zayed Book Award’s Publishing and Technology honor in 2016. And in London, Saqi Books was shortlisted for the London Book Fair International Excellence Awards in 2018 in the category of inclusivity. The company and its books have had many more awards over the years.

🎫 ticket acceptance via alternative routes is in place 🚆

As nearly three inches of rain fell on the British capital in some 90 minutes, cars were stalled out with water halfway up their tires and pedestrians in Portabello Road called the event “scary and biblical.” 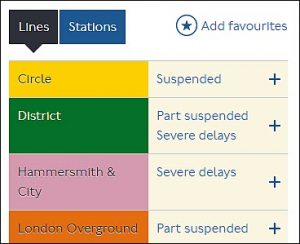 Amelia Hill at The Guardian is reporting that flood experts are warning that the city is “expecting drainage and sewer systems hundreds of years old to cope with massively increased population sizes.”

The New York Times’ Isabella Kwai writes of “surging water spilling into the streets of London, flowing through Underground stations, disrupting public transportation and forcing some residents to evacuate their homes.

“The authorities issued flood warnings for several neighborhoods and the London Fire Brigade said it received more than 1,000 calls related to flooding in the capital’s west on Monday, which trapped people in cars and damaged houses and commercial buildings.”

By morning today, the entire Circle Line was closed in the aftermath of flooding that was focused on Royal Oak. District, Hammersmith & City, and the London Overground were also listing service disruptions. 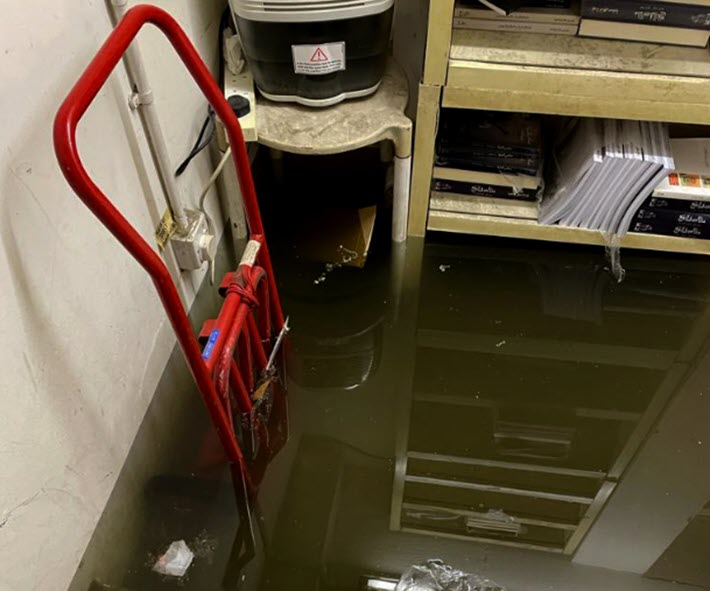 More from Publishing Perspectives on bookstores and bookselling is here, and more on the UK market is here.