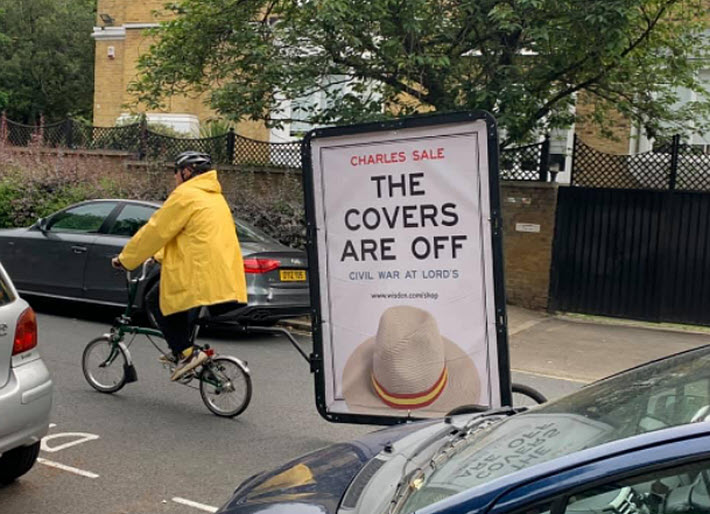 In his new role of running his own small press, Richard Charkin—in France on Bastille Day—finds success in breaking vows he made when setting up Mensch Publishing.

‘Yet Another Pledge Broken’

It was a hell of a week. Arguably a typical week, if anything can be described as typical in this era.

It started with a battle to collect all the documentation and tests required to navigate the passport and customs control of the British and French authorities at the entrance to the Eurotunnel between Folkestone and Calais. And then a 700-mile drive across France to my home and office in the Tarn without being pinged by French radar traps.

Then there was the news, reported Thursday by Publishing Perspectives, that Guy Kennaway’s novel had won the Bollinger Everyman Wodehouse Prize for Comic Fiction 2021 for his book The Accidental Collector (Mensch Publishing, March). At last formal recognition for a great writer. When I set up Mensch Publishing, I vowed not to be tempted to publish fiction, but the temptation was too great to resist with this one. Fortunately the judges of the prize agreed.

As for the surprisingly briskly selling The Covers Are Off: Civil War at Lord’s (Mensch Publishing, May), this week’s publicity trick was captured outside the title’s Lord’s Cricket Ground. The book has had a review by George Dobell at ESPN CricInfo of its revelations about the Marylebone Cricket Club’s ground in St. John’s Wood, London.

Dobell writes, “Really, if you want a summary of the saga, imagine a fracas in St John’s Wood high street featuring lots of braying, blazered old men interspersed with cries of ‘He’s not worth it, Tarquin.’ But so well-researched is Charles Sale’s book, so broad the range of interviews, and so remarkable his access to source material, that this is, against all the odds, a compelling read.” 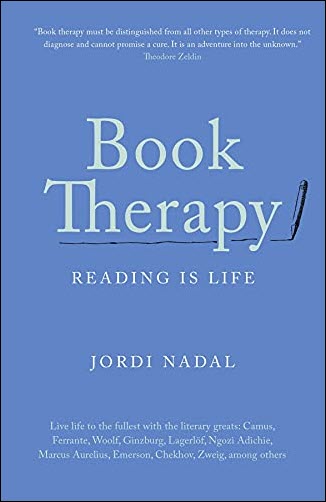 And we’re publishing in English on Thursday (July 15) Book Therapy: Reading Is Life, the author of which, Jordi Nadal, is an old publishing friend.

That’s yet another pledge broken. I vowed never to publish translations and here I go doing just that. I’m a huge lover of fiction in translation but it requires special skills to spot great books in any language, let alone a language not your own. Typically it’s harder to generate publicity around a foreign author. And sales of translated titles are usually even worse than those of indigenous books.

But this book will be worth the risk and the effort if corporations, governments, “influencers,” doctors, and sports people wake up to the importance of books for culture, health, and business.

A version of my June 4 column for Publishing Perspectives about the International Publishers Association‘s 125th anniversary was published in the journal Publishing Research Quarterly owned by Springer Nature. I almost feel like a scholar although I absolutely know I’m not. The only other thing I’ve had published in a scholarly journal was a letter to The Lancet in 1986.

I nervously awaited release of another piece in Publishing Perspectives, the July 7 An Age of Aquarius. Would I be canceled? Would I be accused of some sort of -ism? Would I make enemies? So far so good, but there’s no room for complacency. Speaking your mind or asking difficult questions can be a dangerous activity in the modern world of the 2020s. 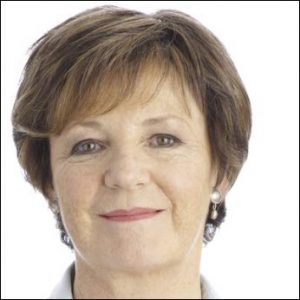 Finally, a great piece of news for Mensch Publishing, the signing of a contract to publish one of Britain’s most loved and trusted bestselling cookbook writers, Delia Smith, whose previous releases have been with formerly with Penguin Random House UK’s Ebury Publishing.

She has entrusted us with the publication of her moving and witty guide to humanity, You Matter. As she says, “If things are not as they should be in our world, isn’t now time for a new human spirit to emerge? To engage in bigger, more ambitious thinking and to become more aware of our roles as humans.” We are publishing in March.

So a pretty full week, and I haven’t even mentioned cricket (oh, just a bit), football, rugby, or walking. Perhaps the most cataclysmic event, however, was that I was without Internet access for most of the week, courtesy of France Telecom. Those who know me well will understand my anguish.