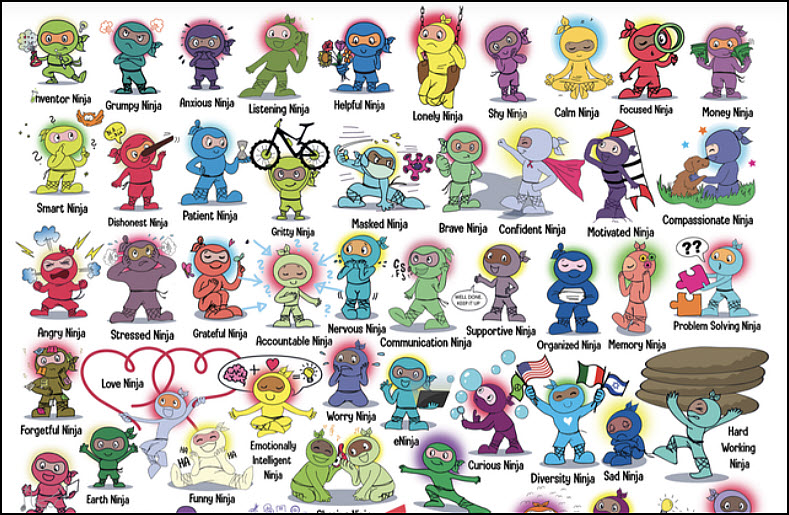 A book series of children’s ‘Ninja Life Hacks,’ each addressing an emotion or experience, is being licensed in extended formats. 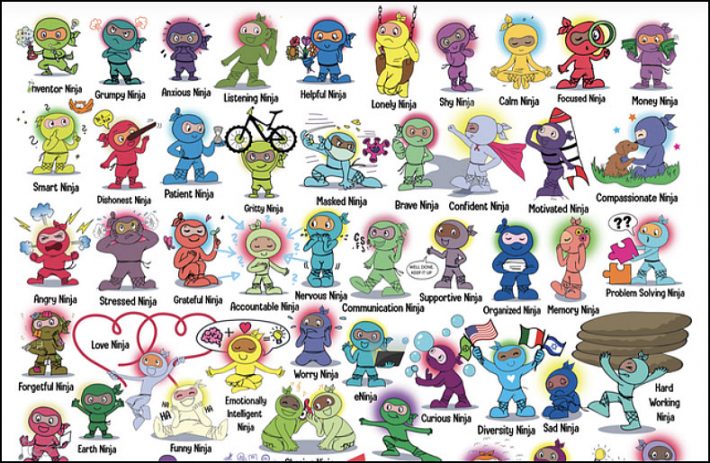 Based in California, Mary Nhin’s “Ninja Life Hacks” series for children and parents has some 60 entries, each in the form of a character who represents a challenge or success. For example, there’s Forgetful Ninja, Diversity Ninja, Sad Ninja, and Lonely Ninja as well as Hard Working Ninja, Grateful Ninja, Problem Solving Ninja, and Smart Ninja.

The imagery is the work of illustrator Jelena Stupar.

In an announcement today, Nhin is in a partnership with Insight Editions, which uses its licensed publishing program to produce “new ways to engage with fan-favorite characters and stories.”

Insight is the partner informing us of its new venture with the Nhin Ninjas, a deal arranged by the Brand Liaison agency, which has offices in Plantation, Florida, and New York City.

The new collaboration is expected to expand Nhin’s “Ninja Life Hacks” paperbacks with “board books, activity books, and other products to help young readers develop resilience, confidence, and social-emotional skills.” 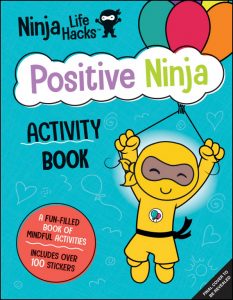 In a prepared statement, Raoul Goff, the founding president of Insight Editions, is quoted saying, describing the job to be “developing innovative publishing formats with Ninja Life Hacks’ successful brand to bring the important message to more kids though our robust trade sales channels.”

Nhin says that the result should be “resources that parents and educators can tap into to fuel our future generations’ appetite for emotional intelligence and grit.”

Six titles are planned for the spring, each in three formats  and focusing on coping skills for various issues:

The Ninja Life Hacks series is relatively young, out for a year, during which information from Insight Editions says the series has sold “almost 1 million books” through Amazon.

More from Publishing Perspectives on children’s books is here, and more on licensing is here.