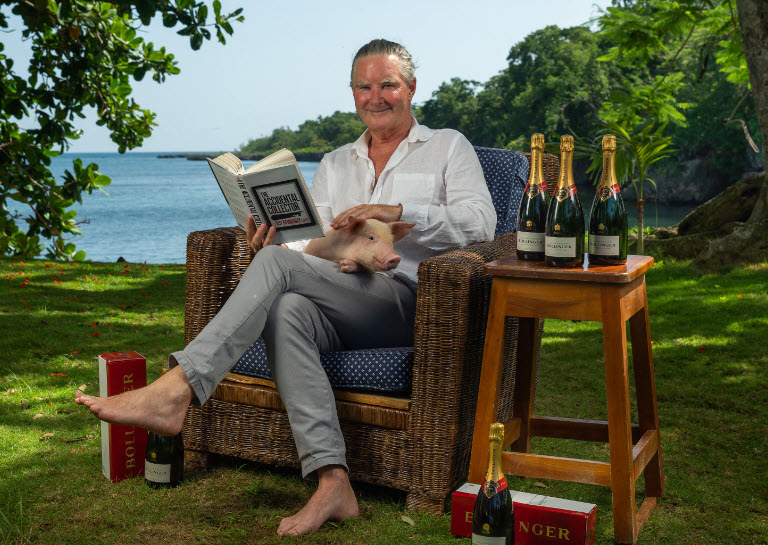 The 22nd winner of the Bollinger Everyman Wodehouse Prize for Comic Fiction, Guy Kennaway is also known for ‘One People’ and ‘Time To Go.’ 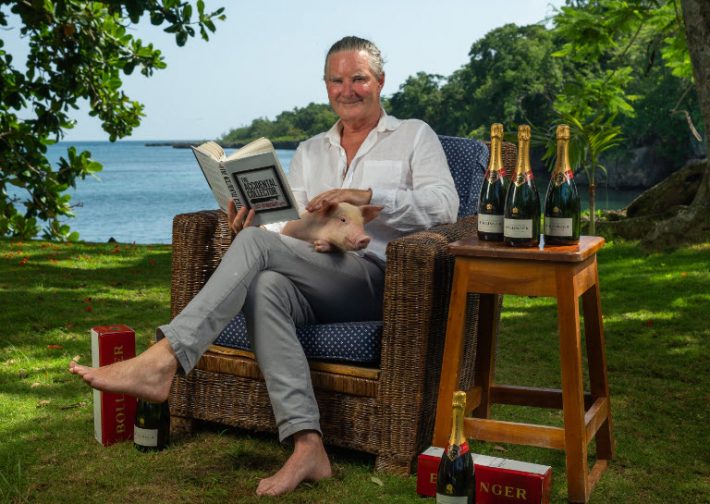 Guy Kennaway at his home in Jamaica, surrounded by his winnings: a Jeroboam of Bollinger Special Cuvée, a case of Bollinger La Grande Année, a complete set of the Everyman’s Library P.G. Wodehouse collection, and a pig–who has been named The Accidental Collector after the winning title. Perhaps a nickname will follow. Image: Bollinger Everyman Wodehouse Prize

Typically our only chance each year to include a photo of an attractive pig in an article here at Publishing Perspectives, the Bollinger Everyman Wodehouse Prize for Comic Fiction has announced today (July 8) that Guy Kennaway has won its 2021 honor, becoming the 22nd laureate of the program for The Accidental Collector (Mensch Publishing, March 2021).

This is the prize that has a title so long that you cannot say it after a glass or two of the Bollinger. Its key criterion is that a book must make the jurors “laugh out loud.” True to its standards, the program withheld its award in 2018 for the express reason that nothing submitted produced that kind of laugh for the jury.

That jury this year comprised: 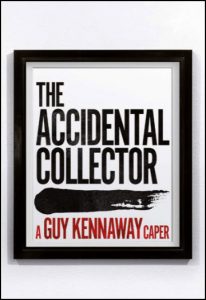 The Bollinger Everyman shortlist this year, in addition to Kennaway’s book:

In learning of his win, Kennaway is quoted, saying, “I want to congratulate my fellow shortlisted authors and thank them for a fair fight. I believe only two of you remain in hospital.

“I read your books and hated them all, because they were so charming and funny. I’ve always wanted to win the Bollinger Everyman Wodehouse Prize. It combines a number of my passions: good books, fine champagne, laughter, and pigs. I’m never more at home than with a coupe of Bollinger in one hand, a pork pie in the other, and a smile on my face.”

Kennaway is a London native who writes nonfiction as well as fiction.

Juror David Campbell said, “The Accidental Collector is an outrageous send-up of the contemporary art world. It’s perceptive, hugely entertaining, and full of surprises: it proved the perfect lockdown read. The shortlist in our 21st year for the prize was a vintage one, but over a few glasses of Bollinger the judges agreed that Guy’s book was the one that continually made us laugh and it emerged the winner.”

Past Winners of the Bollinger Everyman Wodehouse Prize

More from us on publishing and book awards in general is here, and more coverage of the British market is here, with more on the Bollinger Everyman Wodehouse Prize here.