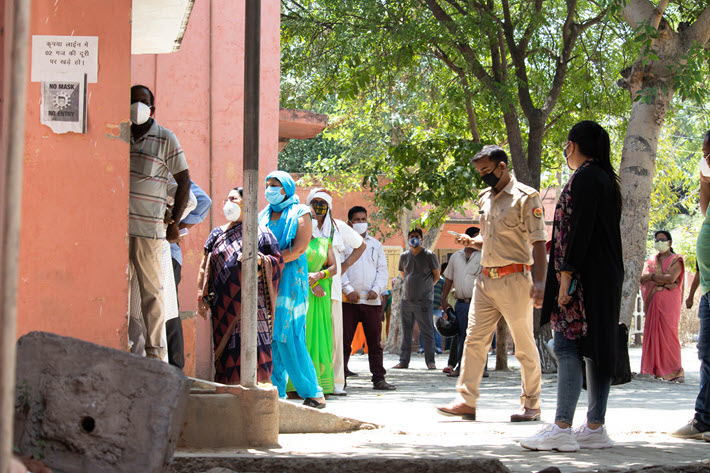 The Association of Publishers in India, with EY-Parthenon, offer a look at the multilingual Indian publishing industry and its challenges.

Working with the Association of Publishers in India, the international consultancy EY-Parthenon has released a study, The Value Proposition of Indian Publishing: Trends, Challenges, and Future of the Industry.

The intent is to “highlight the contribution of the Indian publishing industry to India’s economic growth.” And results, found in the descriptive material, indicate that book publishing in India “is the key enabler for education attainment, continuous learning and recreation, promoting Indian culture, values, and excellence.”

In terms of defining characteristics of a book business set in one of the world’s most complicated national settings—India has at least 22 officially recognized languages, for example, with many more languages spoken as a matter of course in various parts of the vast nation.

This, in fact, may offer opportunities, the study writers suggesting that the publishing industry can also collaborate with government and private organizations to offer diverse content in multiple languages at various price points, and to enable greater access and affordability for end-users.” 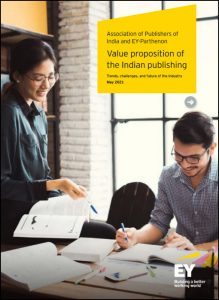 This is true, but of course, working with a government creates many constraints and regulatory considerations, as well, and one of the key points confirmed by this report is that in India, the publishing industry “is dominated by educational publishing with a small share of trade [commercial] publishing.

“There are 250 million K-12 students” in India, the study reports, “and more than 35 million higher education students in the country. These students rely primarily on books as the medium for learning. Thus, the Indian publishing industry makes an integral part of the Indian education system.” And that means, of course, that in various ways, the industry already works at significant proximity to government. 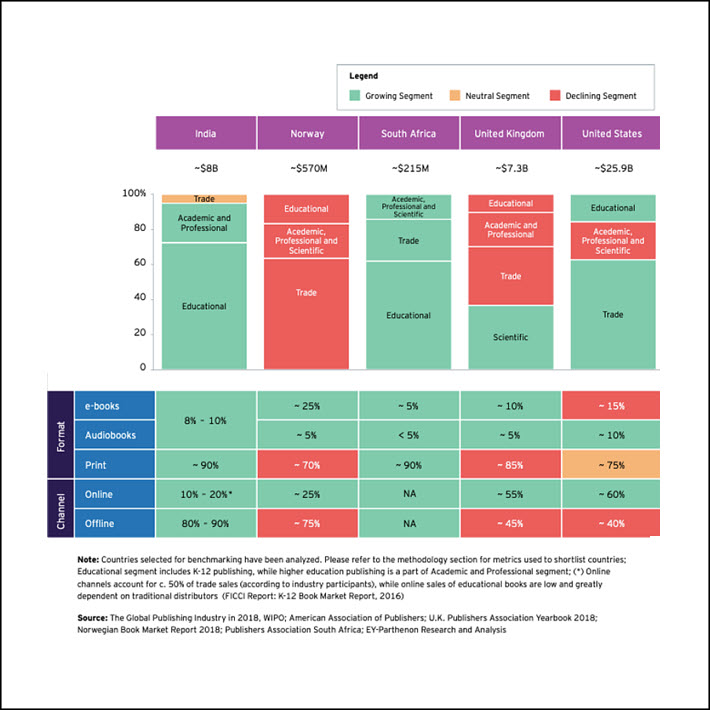 Summary of key trends in selected countries. in this chart from the new study, it’s clear that India and South Africa are led by a large proportion of educational publishing, while Norway and the United States are led by trade. Image: Association of Indian Publishers

‘The Growth of Human Capital’

Nevertheless, the Association of Publishers’ secretary-general, Subrahmanian Seshadri, is quoted in media messaging, saying, “Encouraging the publishers’ involvement in policy-making reforms pertaining to the publishing industry and government’s intervention in overcoming regulatory challenges are expected to transform the present landscape. 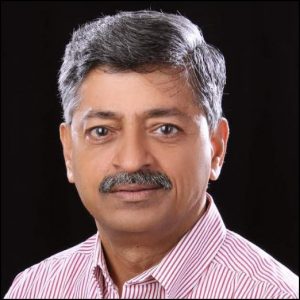 “Besides implementing immediate reforms, the government could also facilitate the growth of human capital in the long run.”

These things are true, of course, and lie closer to the educational side than the trade. And so the arrival of this study and the educationally dominated Indian book business have a kind of parallel to this year’s announced interest in the International Publishers Association and Dubai Cares‘ Africa Publishing Innovation Fund, which is looking for “proposals for projects to develop reading culture beyond the classroom” because so many of the African markets’ book businesses hold a primarily educational, textbook-driving role.

Sure enough, in a summation provided to journalists–there seems to be no actual executive summary provided with this study—we read, “India needs a strong regulatory ecosystem for copyrights. Given the business landscape in India, private publishers face significant competition from state publishing houses. On the other hand, regulations or norms related to the use of state-published materials vary across the country, inhibiting the industry from operating as a free market.” Exactly so, and here the great tension between policy interests and private publishing interests so often lie. 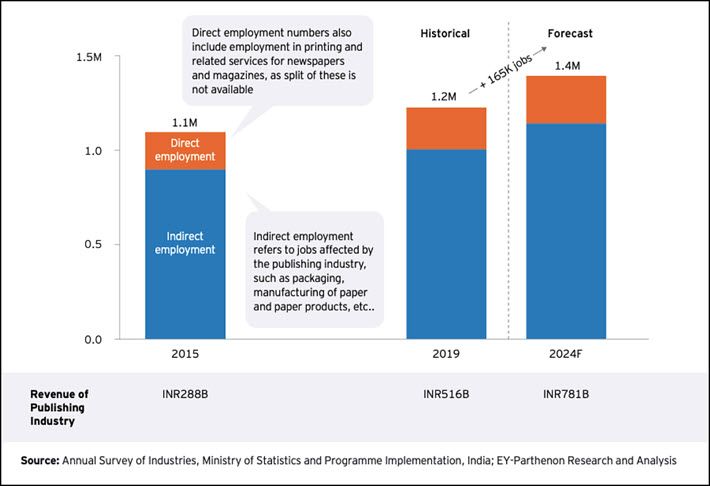 Direct and indirect employment in the publishing industry in India, 2015 to 2024 (forecast). Image: Association of Indian Publishers

Especially as the internationally recognized digital acceleration occasioned by the coronavirus COVID-19 pandemic has revealed in quickening adoption of ebooks, audiobooks, and online retail, it’s interesting to read in this study that India’s market is only about 8- to 10-percent digital. “However,” the study’s authors write without explanation, “ebooks and audiobooks are expected to be critical growth drivers and have a promising future in the industry.”

Indeed, that “promising future” message is the one that this exercise’s folks want to put across, writing, “The publishing industry has a promising future in India.”

But later, “One of the biggest opportunities for the Indian publishing industry is the National Education Policy,” approved about a year ago, in late July 2020. “The shift,” the report’s writers say, “would lead to the new curriculum and publishing of associated teaching-learning material where the publishing industry will have to provide textbooks and supplementary resources that enable parents, students, and teachers to adapt to the new curriculum.”

And that, of course, probably perpetuates the hegemony of the educational sector, which already coexists with what the association says are issues in privacy and copyright.

“In terms of revenue,” the association tells us, “publishing is one of the largest media-related industries in India, larger than print news media such as newspapers and magazines; digital media (social media, apps, online streaming, music, and games); filmed entertainment; and radio and music.” 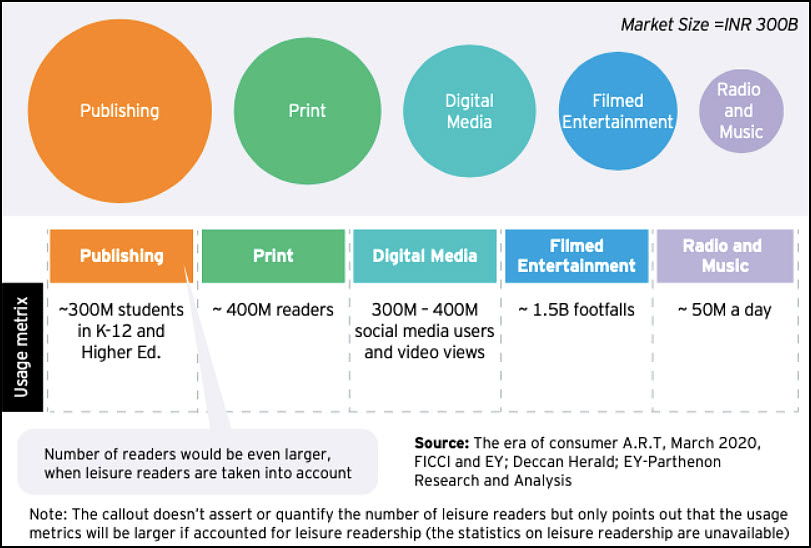 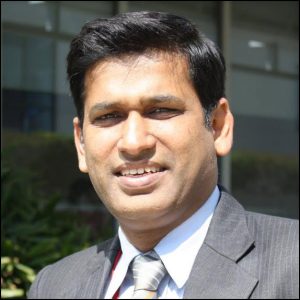 Neeraj Jain, who is president of the Association of Publishers in India–as well as managing director of Scholastic India–is quoted, saying, “We’re pleased to release this report, as it syncs with our mission to represent the views of members and fellow associations to stakeholders, government, and the society at large on the value proposition of the industry.

“Through this report, we look forward to witnessing the opportunities that are highlighted and yet to be seized in the market.”

Some of the topics in the section of the 56-page report called “Challenges Facing the Industry and Learnings From Across the World” will be of interest. We are  excerpting small parts of the explanatory copy here, and it’s advisable to read the full text for any section of interest, as there’s a good deal of detail to be had.

The report concludes that the way forward will be for the publishing industry in India to:

It fleshes out those three key points in extensive detail.

The Coronavirus in India

As we do in many markets we cover, we want to check on the state of the pandemic at this point in India, which has suffered such a staggering assault this year.

Remembering that the B.1.617.2 “delta” variant was first detected in India, it becomes all the more alarming that a study released by the Center for Global Development indicating that the actual toll could be as much as 10 times the more-than 400,000 registered so far, and in a context in which many nations may not have accurate counts of the losses.

In their explanatory article for NPR (National Public Radio) in the United States, Sushmita Pathak, Lauren Frayer, and Marc Silver write, “COVID death undercounts are happening almost everywhere. In the United States, the official toll is 500,000 but the real number is closer to 700,000, says Ali Mokdad of the Institute for Health Metrics and Evaluation (IHME). The group’s site has a global rundown that estimates ‘excess mortality’ in many countries during the pandemic.” 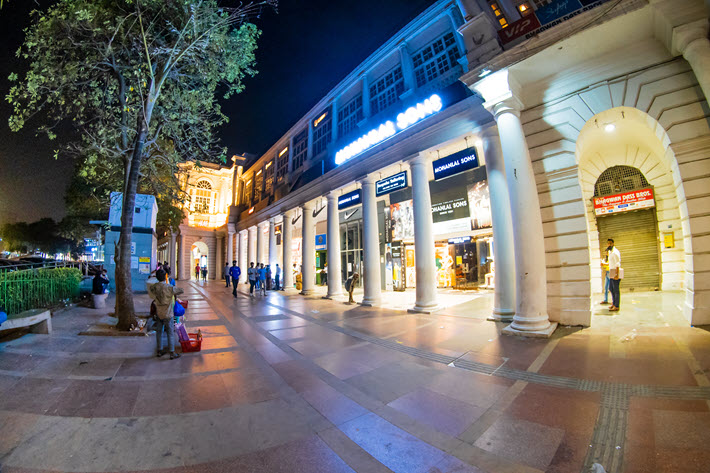 More from Publishing Perspectives on the Indian market is here, and more in industry studies, reports, and statistics is here.

More from us on the impact on publishing of the coronavirus COVID-19 pandemic is here.