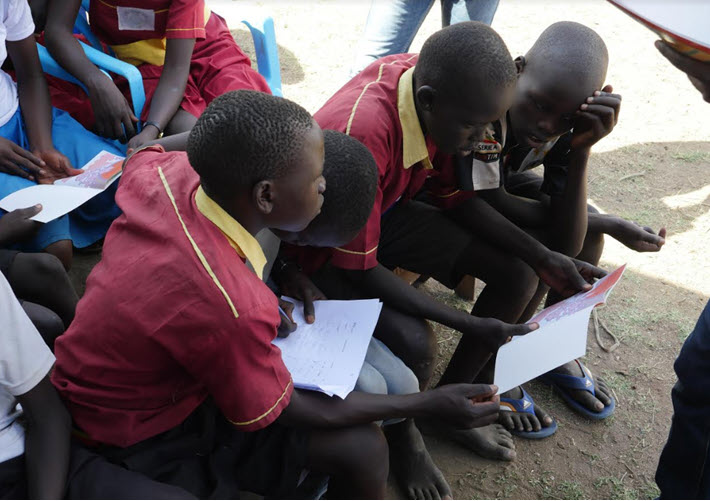 The UK’s Book Aid International has made donations of more than 160,000 books in nine countries to young readers displaced in refugee crises, particularly in Uganda. 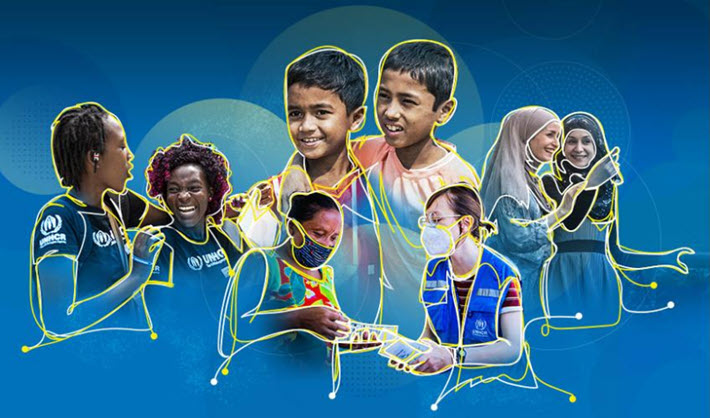 ‘Supporting Refugees Will Remain a Focus of Our Work’

If it seems to you that there’s a United Nations observance date for everything, you may not be wrong. The June calendar of these “international days” alone is daunting. We count 28 special recognitions in June’s 30 days. (Some days have two.)

Thise month has also included the UN”s annual World Refugee Day, and in recognition of it, the London-based Book Aid International—the work of which we’ve followed for years—has taken the opportunity to spotlight its work with refugee populations in the deep field and “the value of UK-publisher donated books for people who have fled their homes.”

The United Nations’ High Commission for Refugees says that every 20 minutes, people depart from their homes, fleeing war, terror, persecution. And this year, an emphasis of the program is on schooling that’s inclusive of refugee children.

This is of particular interest because for the most part we think of Book Aid’s work being directed toward schools and libraries in the developing world. Less well recognized is extensive work the organization does with displaced people, those growing populations of refugees of many kinds in the world today. While the Kalimat Foundation founded by Bodour Al Qasimi in the United Arab Emirates has made a specialty of supporting the reading needs of young people in diaspora, Book Aid is less known for this work.

Book Aid “delivers programs which establish school libraries and reading spaces for refugees,” their media messaging on the topic says, “training teachers in how to use books to enrich learning, funding the purchase of locally published books, and even offer solar lights to extend reading and learning time into the evening.

“To reach refugees, Book Aid International works in close partnership with NGOs,” the organization says, referring to non-governmental organizations, “ranging from grassroots charities to multinational NGOs providing education at scale. One of these organizations is TPO in Uganda.”

That country, the Book Aid team points out, has some 1.5 million refugees “and TPO works to provide vital mental-health support for often traumatized refugees.” In 2019, Book Aid and TPO together created child-friendly “reading spaces” in refugee settlements.

And in its overall work, the group says it has supplied since 2015 “more than 160,000 brand-new books to support refugee education in nine countries.”

One of the workers based in the Ugandan program is quoted, saying, “Before they came to Uganda, these children were in South Sudan, where during the war they may have seen their parents killed. They may have seen a lot of things that traumatize them.

“The books have stories that relate to the problems they have. For example, someone in one book faced challenges during his childhood—and now he’s a doctor in one of the biggest hospitals in Uganda. Ask them about their dreams and many children will tell you, ‘I want to become a pilot,’ ‘I want to become a nurse,’ ‘I want to become a teacher.’ We tell them ‘Read your books and go to school and you’ll be able to achieve your dream.'”

Samantha Thomas-Chuula, who heads up Book Aid’s programming, is quoted, saying, “A well-stocked library staffed with teachers, librarians, or volunteers who are trained to support reading and learning can have a huge impact on the lives of people who have fled their homes, offering the opportunity to learn, but also to find respite and the strength to carry on.

As Publishing Perspectives readers will recall, Book Aid International is one of the programs chosen for 2021 funding from the Africa Publishing Innovation Fund, helmed by the International Publishers Association (IPA) and its president Bodour Al Qasimi in association with the philanthropic program Dubai Cares. That new grant has been made for Book Aid’s work in Tanzania, where government budget demands have left the Zanzibar region in need of community and school library support. 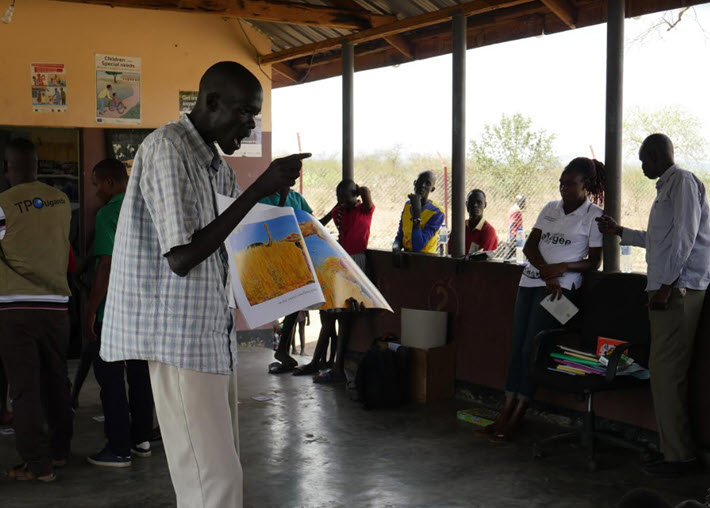 More from Publishing Perspectives on Book Aid International is here, and more from us on Africa is here.