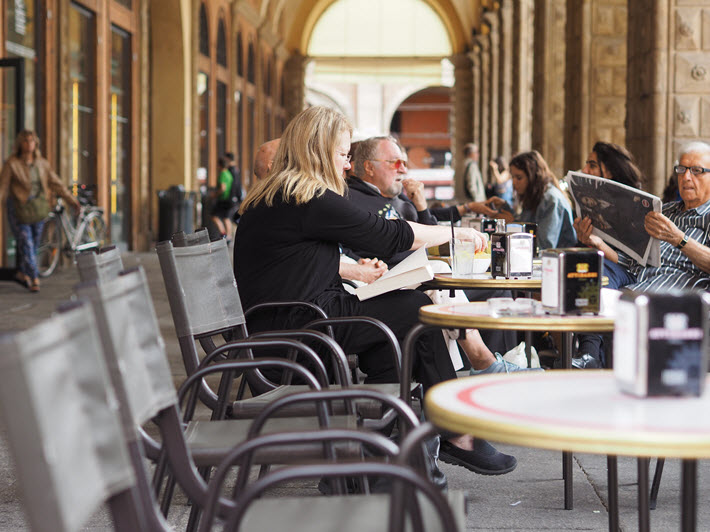 Children’s literary agent Stephanie Barrouillet, while appreciating online trade shows, sees challenges in the late-pandemic approaches the industry has had to adopt.

Today (June 11), organizers of the digital Bologna Children’s Book Fair‘s full-day “Bologna Book Plus” conference on Monday (May 14) have announced the addition of author Elif Shafak to the program’s agenda.

Shafak, a frequent figure in international trade show programming, said during Frankfurter Buchmesse’s closing gala in 2019, “If you’re a woman novelist from Turkey, you’re reminded of your gender as a way of reminding you of your place.” And for the online Bologna program, she’ll be seen speaking with Emirati publisher Bodour Al Qasimi, president of the International Publishers Association (this year observing its 125th anniversary).

Writing both in Turkish and English, Shafak—who is based in London—has seen her work sold into at least 55 languages and/or territories. 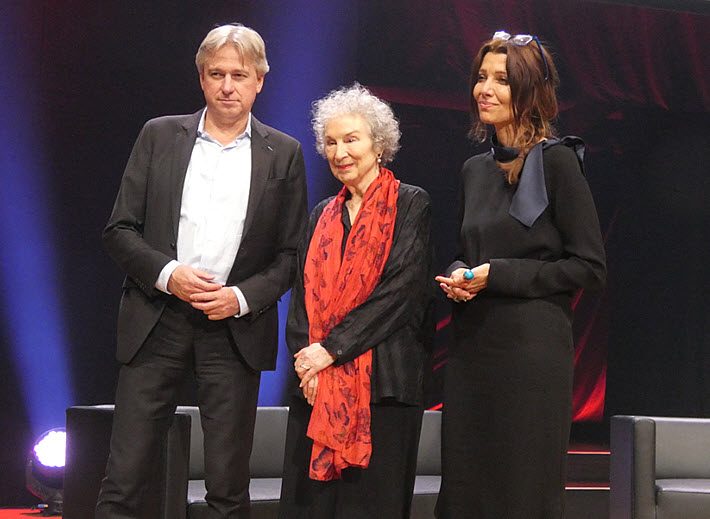 Rights Trading in Another Difficult Year

The point about Shafak’s rights sales brings up what normally would be the beating heart of Bologna’s fair, the coming digital London Book Fair, Frankfurt, and other trade shows: rights trading. Like those shows, this is an industry-facing event, not a public book fair, and its position as the world’s most influential of rights-trading events in children’s and young-adult content is its most serious claim to fame.

But having moved into their June spots on the calendar when it because clear that their springtime dates weren’t going to be viable (for a second year) for physical presentation amid the coronavirus COVID-19 pandemic, both London and Bologna now stand in dates that are months late for the usual spring-season of the industry’s trading action.

For this one, the fair is charging €79 (US$95), and you’ll find agenda information and registration available on this page.

And the fair will also be offering again its “Global Rights Exchange,” a PubMatch product which last year reported having 500 publishers registered and as many as 20,000 titles uploaded for rights-buyers’ consideration. Reviews from rights professionals were lackluster. This year, the company says it has added chat functionality not available last year, with translation. Group chats are also offered, as are “instant video meetings” without having to change to Zoom or other platforms.

In addition, a Bologna Licensing Trade Fair is to be included in the software. The rights exchange itself, a separate site from Bologna’s complicated conference site, is here.

An Agent’s View: ‘Still a Sense of Caution’ 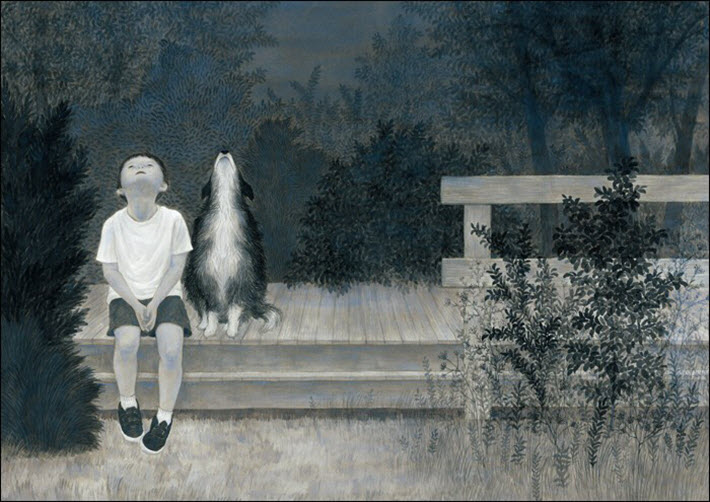 A detail from the illustrations from Jihyun Kim’s ‘Last Summer.’ Image: S.B. Rights

In the run-up to Bologna’s digital effort, we’ve spoken to Stephanie Barrouillet, an international rights agent familiar to Publishing Perspectives readers for her usual presence on many international stages during the year and for her long-time experience in the children’s and YA sector. Her S.B. Rights Agency is based in Tel Aviv. 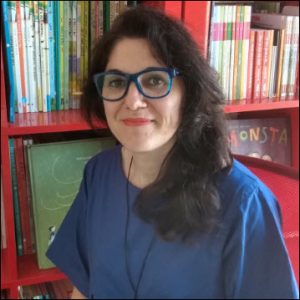 Barrouillet lists many of the much-discussed challenges encountered during the pandemic’s pressures by publishing professionals beyond rights specialists.

“The past year has been challenging to our industry with bookshops closed and most of us working from home,” she says, adding that publishers’ delays (and cancellations) of some titles have created additional pressure.

Though the outlook for the vaccinated areas of the world industry looks promising, huge parts of the international workplace are not enjoying the kind of protection that the developed world is seeing, and “There’s still a sense of caution in the air,” Barrouillet says.

“Publishers are acquiring for autumn 2022 and even farther down the line, [but] book fairs have also suffered”—as we discussed extensively around last month’s Abu Dhabi International Book Fair in our special show magazine—”including seeing the Bologna fair, a major physical event in the children’s book publishing agenda, having to go to digital. 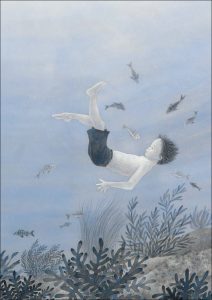 “Children’s books have remained resilient,” she says, “and are one of the sectors that fared the best as many children were home-schooled. New technologies have helped us survive and even at times improve our way of working, even if some aspects cannot be fully replaced, such as the experience of walking into a children’s bookstore with a child or discovering a book by chance on a stand in Bologna.”

For all the limitations of trade communications on video platforms such as Zoom and Teams, Barrouillet says, “I’ve met a lot of publishers for the first time through online meetings, which is always difficult to do during book fairs due to time restrictions. But there’s no doubt that we’ll all feel much better when we can find a healthier balance between digital and face-to-face meetings.

“Nothing can replace finding a book while browsing the aisles in Bologna or Frankfurt, recommending a title to a friend during a cocktail party, or even brainstorming sessions with colleagues from various departments around a table in a structured office environment. There are indeed some aspects of our work that are better in person.”

“Normally, the Bologna book fair is a good barometer for new trends,” Barrouillet says, “and gives us a global overview of topics and genres that are emerging. But until physical book fairs resume, we have to rely on digital events including book fairs and fellowships as direct sources of information. 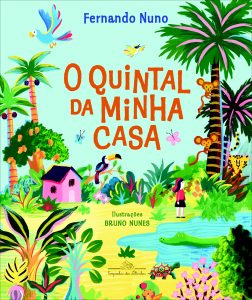 “Nonfiction has been a growing and popular genre for a while,” she says, “and it’s still high in demand. The challenge relies on finding new topics that stand out without being too specific, and on the concepts and the styles of illustrations.

“This is reflected in the emergence of nonfiction comics.

“Another case in point of successful nonfiction is the recent report of Ein hund namens money by Bodo Schäfer—originally published in 2005—on China’s bestseller list about finance for children.”

There’s also a challenge, Barrouillet points out, for publishers involving backlisted titles vs. new titles and debut authors and illustrators.

“Nothing can replace finding a book while browsing the aisles in Bologna or Frankfurt, recommending a title to a friend during a cocktail party.”Stephanie Barrouillet, S.B. Rights Agency

“Especially in the case of children’s books,” she says, “parents like to assess the content or get recommendations, hence the importance of bookstores.

“Booksellers suggest titles, new titles are on display on tables for parents and children to review,” she says. “While the pandemic has forced us all to come up with new ways of promoting titles, it has become clear that buying in bookstores and online are two different processes. A parent might be tempted to try something different recommended in a bookstore, but online, she or he will be more likely to buy an author and illustrator already familiar–or a bestselling title or a book that might be more straightforward.

“Nevertheless, it’s satisfying to see that publishers keep looking for diverse voices and are acquiring rights for titles by foreign authors and illustrators.

“One of our 2020 and 2021 successes is Last Summer by Jihyun Kim (Woongjin Thinkbig), a picture book from Korea about the beauty and power of nature.

“Ultimately, today’s authors and illustrators,”  Barrouillet says, “will become the backbone of publishers’ catalogues and backlist in the long term. While it’s understandable to make safe choices during uncertain times, we have to keep creating and promoting books that challenge us all visually and in their narratives, books that surprise us, make us question, and move us. We have to maintain the creative dialogue within our companies and outside.” 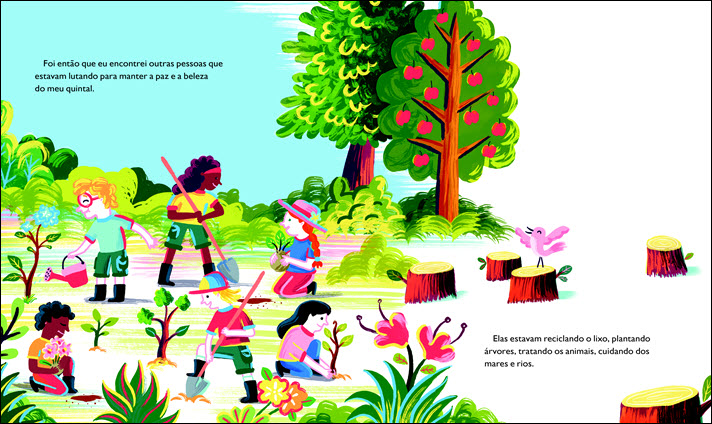 More from Publishing Perspectives on the Italian market and news from its publishers’ association is here. More on Bologna Children’s Book Fair is here, more from us on children’s books is here, and more on world publishing’s trade shows and book fairs is here.