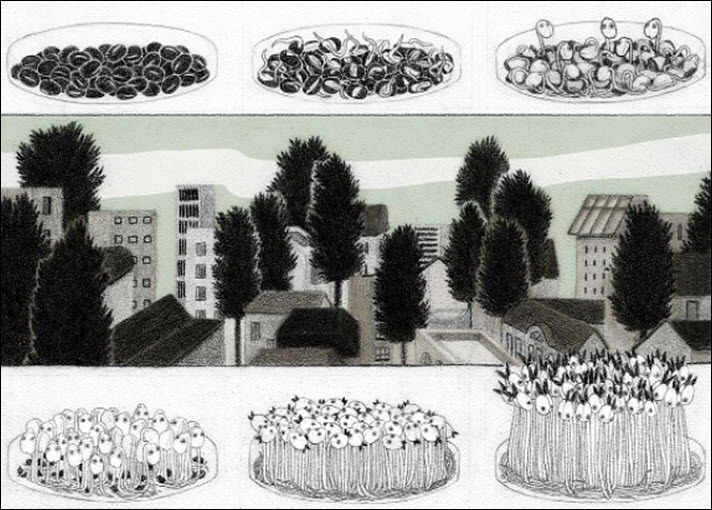 The winner of Bologna’s 2021 International Award for Illustration is part of an exhibition that this year drew more than 3,200 submissions. 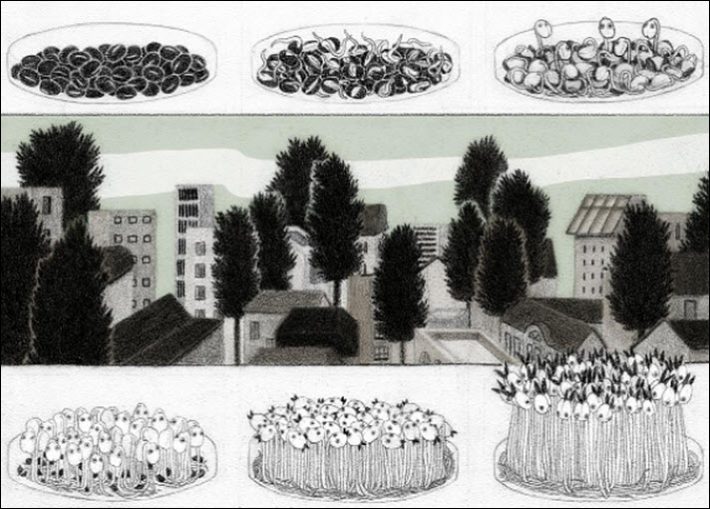 A detail from the work of London-based Taiwan illustrator Pei-Hsin Cho. Image: BCBF

In its rationale for the jury’s selection of Pei-Hsin Cho as winner of the 2021 International Award for Illustration at Bologna Children’s Book Fair, jurors write, “We chose Pei-Hsin Cho because of the energy of her line and her richly layered sense of space—and of the page.

“Her work is unusual, with perspectives that invite the viewer into both the expansiveness of space and the depths of a character’s inner realm.

“There’s abundant promise here, with Cho, young as she is, boldly exploring and visually recording forms and feelings in ways that surprise, thereby inviting the eye to linger on the world that she delineates and opens for us to see.”

If you detect a certain eloquence in those lines of praise, it may be because the always articulate Claudia Zoe Bedrick, the publisher of the Brooklyn-based Enchanted Lion Books, has led the jury, joined on the panel by Harry Gwinner of the United Kingdom’s Nobrow/Flying Eyes company and by Teresa Tellechea of the sponsoring publishing house SM in Spain. 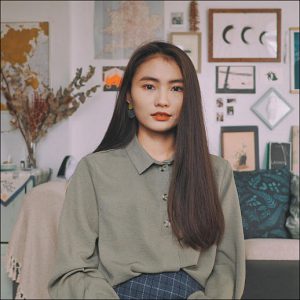 Cho, on winning this program, one of Bologna’s raft of at least eight award competitions, becomes its 11th laureate. She lives in London.

The accolade was established in 2009 for illustrators who are younger than 35. When illustrators in that demographic are accepted to show in Bologna’s Illustrators’ Exhibition, they’re automatically nominated for the prize. Just for some perspective on the feat of being singled out among those exhibiting illustrators, the big show drew 3,235 submissions from 68 international markets. All of the submitting illustrators aren’t younger than 35, of course.

The honor carries a purse of US$15,000 and a publishing contract for a new work to be produced by Grupo SM. In addition, this prize comes with the promise of a solo show at the 2022 Bologna Children’s Book Fair, anticipated as a physical event set for March 21 to 24.

This year’s solo exhibition by the previous winner of the prize features the work of the 2019 winner, Italian illustrator Sarah Mazzetti. You can see her exhibition on the voluminous Bologna site, press officers say, although no link for that show has been provided.

Here is the video presentation recorded for the International Award for Illustration, hosted by Bologna director Elena Pasoli.