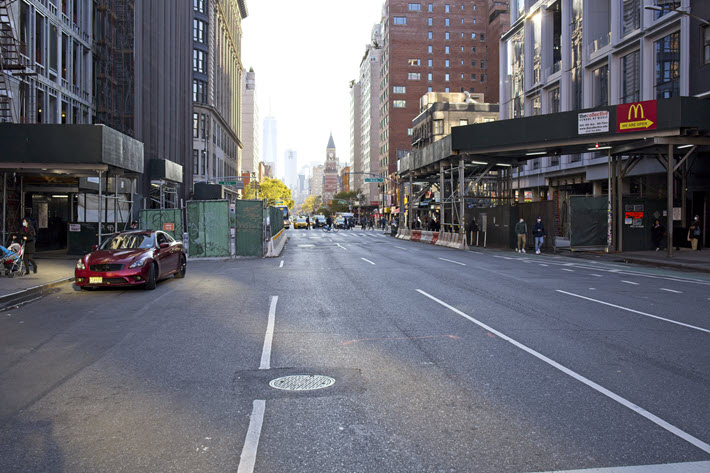 A work by Aoko Matsuda in its English translation by Polly Barton leads the 2021 CLMP ‘Firecracker Awards’ honorees.

As we continue bringing forward news you may have missed during the crush of publishing events this month and in May, today (June 30), we have news of the 2021 Firecracker Awards.

As you may recall, this program is based in New York City with the Community of Literary Magazines and Presses  (CLMP) and honors books of fiction, creative nonfiction, and poetry—as well as literary magazines—in the categories of debut and general excellence.

Not the best-known of awards programs, these awards are just in their seventh year and put their main focus on independent literary publishers. The organization has a membership that includes 318 independent presses, 489 literary magazines, and 101 combinations of independent presses and magazines. While based in the States, CLMP is much more broadly represented, with member-companies in Canada, the United Kingdom, Australia, Germany, Spain, Hong Kong, Denmark, Kenya, Greece, Israel, the Czech Republic, India, Lebanon, mainland China, and Ireland.

In a comment from the jury about the selection, we read, “Aoko Matsuda’s short story collection, Where the Wild Ladies Are, takes impressive risks and showcases a range of narrative engagement.

“Its tone can shift from poignant to hilarious to meditative, often within the same story.

“There’s a masterful sense of breadth as the author subsumes and transforms Japanese folktales in unexpected ways.”

Publishing Perspectives readers may know the work of translator Polly Barton for her work in short stories for Words Without Borders (see our story today on the June edition), and for her translations of Friendship for Grownups by Naocola Yamazaki and Mikumari by Misumi Kubo, both for Strangers Press.

The jury’s rationale: “In this stunning debut, Melissa Valentine traces an unforgettable narrative of growing up the daughter of a white Quaker man and his Black Southern wife.

“This is a memoir filled with grief and tenderness as it keenly navigates its way around her compelling devotion to her older brother, powerfully piecing together how tragedy could befall this community in the first place.”

Feminist Press, based in New York City, was founded in Baltimore in 1970 with reprints of work by Zora Neale Hurston, Charlotte Perkins Gilman, and others, and long-form works of Barbara Ehrenreich and Grace Paley.

Jurors in this selection commented on Reed’s work as “a dexterous and epic music.

“This book faces down our combative and trespassed American moment.

“Almost every line is meant to be repeated slowly and held aloft for its heart-stopping craftsmanship.”

Reed is the author of the 2018 National Book Award-winning Indecency, also from Coffee House Press. He’s the 2019-2021 fellow in creative writing at the Center for African American Poetry and Poetics and has received fellowships from the Cave Canem Foundation, the Conversation Literary Festival, and the Regional Arts Commission of St. Louis.

Coffee House Press in Minneapolis is nonprofit and publishes “literary fiction, essays, poetry, and other work that doesn’t fit neatly into genre categories.”

This literary journal is produced both online and in print and was founded in 2018.

Its range is broad, encompassing poetry, flash fiction, essays, and art, all based in the work of artists who identify as Black, Indigenous, and/or people of color. In its description of its work, the journal’s staff says, “We generate constructive and interactive conversations around poetry, art, and publishing and redefine the way journals are produced and shared with readers and writers.

“We’re proud to feature poets who have never been published, marginalized voices, and those who sought to pursue poetry and writing later in life. We enjoy creating space for budding writers to build an audience and confidence in their work.”

Commenting on its selection of Lucky Jefferson, the CLMP jury says, “This is a magazine interested in the momentum and power of diverse voices—and in creating a beautiful space in which those voices can flourish.

“A great read and a truly excellent teaching tool, the magazine uses discussion questions and writing prompts alongside the creative work to make space for conversation in a new way.”

This journal is described as “a critical platform for contemporary literature, art, film, and cultural programming centering the work of Arab and Southwest Asian and North African artists. Since the organization’s founding in 1999, Mizna has published 38 issues of Mizna: Prose, Poetry, and Art Exploring Arab America, presenting more than 350 authors and 32 visual artists authentically with the understanding that in a culture that often vilifies our communities and their various intersections, it is essential that artists have a space to speak for ourselves.”

In its statement of rationale, the jury writes, “This beautiful and surprising magazine combines a strong international reach with a sense of rooted regionalism, working to create a nexus of vibrant and robust artistic intersection.

“Singing, emotionally compelling, intentional, and wrought, this is a magazine that is deeply alive, and we are made more alive by reading it.”

In the two magazine categories:

CLMP’s Lord Nose Award is in its fifth year, having been created in 2017 by David Wilk, Jeffery Beam, Stanley Finch, and Tom Meyer. There is no application process for this award, and those who receive it simply are chosen based on their work and accomplishments.

This year’s honoree is Chax Press in Tucson, founded in 1984 by Charles Alexander. The extensive Chax catalogue can be seen here.

Because the CLMP Firecracker Awards are the ones attached to the listed jurors, it’s unclear who decides on the recipient of the Lord Nose Award. It’s an honor administered by CLMP.

More from Publishing Perspectives on publishing and book awards is here, and more on CLMP is here.