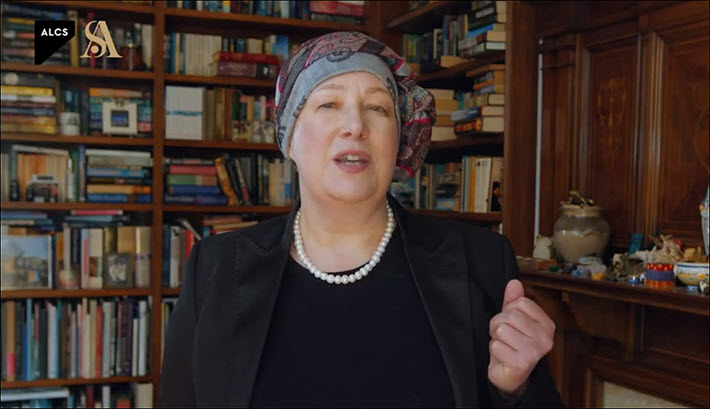 Thirty-five winners are named in this year’s round of specialized book awards administered by the Society of Authors. 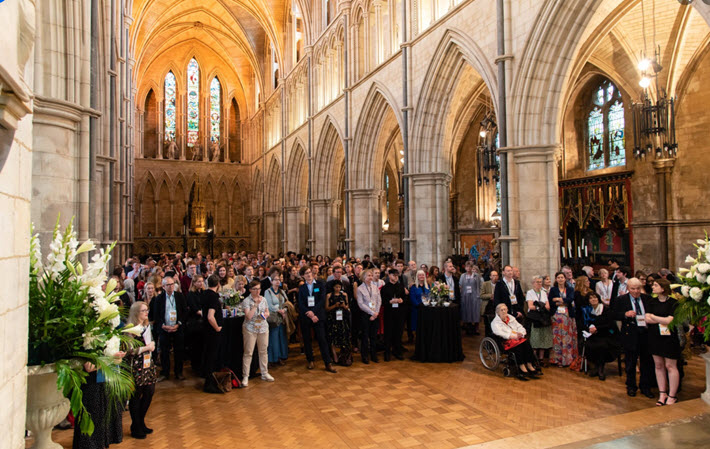 As mentioned in our report on tonight’s (June 9) announcement that Sudhir Hazareesingh has won the Wolfson History Prize, another of those frequent pile-ons—book rucks—in publishing award program scheduling is underway, as that £40,000 honor coincides with the evening’s Society of Authors‘ presentation of its 2021 awards.

Hosted by Joanne Harris, the author of Chocolat and—just released by Gollancz on June 3—Honeycomb with illustrations by Charles Vess, the annual presentation of awards by the British trade union and lead advocacy organization for writers comprises a big list of prizes that together carry £105,775 in cash awards (US$149,265).

Surely the 35 winners being announced by the society deserve—just as Hazareesingh does—the focus of the publishing community for an evening without those who are interested in books having to split their focus between concurrent events. All it takes is for organizers of the market’s many prize programs to share an online calendar so they can stay out of each other’s way, allowing each award and its laureate(s) to have the proper visibility.

The Society of Authors is unique among organizers of Britain’s myriad prize programs. It’s an aggregator, an administrator of many fine programs. Thus it may be perfectly positioned to create such a calendar. And now–while things are still not back to physical award events–is a great time to get it started. The society’s indefatigable chief Nicola Solomon and her excellent staff are easily up to this task of helping to prevent award-event mashups. And because the society represents the authors–not the sponsors of awards, not the acclaimed publishers, not the many fine foundations that run awards programs–they are a kind of awards Switzerland. They’re on the side of all rightful winners: the authors.

As to the awards of this evening, we’ll embed the digital program for you at the end of this article. In it, Harris says early on that her venue “isn’t exactly the nave of Southwark Cathedral.” Her reference is to the usual setting for the awards program, as seen above in the 2019 ceremony. Nonetheless, her paneled library at her home in Yorkshire looks invitingly comfortable, and the 42-minute presentation will be appreciated by fans of good reads everywhere, of course. We’ll look forward to Southwark Cathedral in 2022, but some of us will remain quite taken with what we’re seeing of Yorkshire.

Winners of the 2021 Society of Authors Awards

Sponsored by the Authors’ Licensing and Collecting Society (ALCS), the ALCS Tom-Gallon Trust Award is awarded for a short story by a writer who has had at least one short story accepted for publication. Judged by Claire Fuller, Sophie Haydock, Billy Kahora, Ardashir Vakil and Mary Watson. Past winners include Benjamin Myers, Lucy Wood, Grace Ingoldby and Claire Harman. Total prize fund: £1,575.

The Betty Trask Prize and Awards are presented for a first novel by a writer younger than 35. Judged by Sara Collins, Elanor Dymott and Vaseem Khan. Past winners include Zadie Smith, David Szalay, Hari Kunzru, and Sarah Waters. Total prize and award fund: £26,200.

The Eric Gregory Award is presented for a collection of poems by a poet under 30. Judged by Vahni Capildeo, Andrew McMillan, Sarah Howe, Jamie McKendrick and Roger Robinson. Past winners include Carol Ann Duffy,  Helen Mort and Alan Hollinghurst. Total prize fund: £28,350, seven  winners each awarded £4,050.

The McKitterick Prize is awarded for a first novel by a writer older than 40. Judged by Sabrina Mahfouz, Nick Rennison and Christopher Tayler. Past winners include Helen Dunmore, Mark Haddon and Petina Gappah. Total prize fund: £5,250.

Now in its third year, the Paul Torday Memorial Prize is awarded to a first novel by a writer older than 60. The prize includes a set of the collected works of British writer Paul Torday, who published his first novel Salmon Fishing in the Yemen at the age of 60. Judged by Paul Bailey, Roopa Farooki and Anne Youngson. Past winners are Anne Youngson and Donald S Murray. Total prize fund: £1,000.

Now in its second year, this annual prize, founded by Nicholas Allan, author of The Queen’s Knickers, is awarded for an outstanding children’s original illustrated book for ages 0 to 7. It recognizes books that strike a quirky, new note and grab the attention of a child, whether in the form of curiosity, amusement, horror or excitement. Judged by Alexis Deacon, Patrice Lawrence and Tony Ross. ​The inaugural winner of this award in 2020 was Elena Arevalo Melville for Umbrella. Total prize fund: £6,000.

The Somerset Maugham Awards are for published works of fiction, non-fiction or poetry by writers under 30, to enable them to enrich their work by gaining experience of foreign countries. Judged by Fred D’Aguiar, Nadifa Mohamed, and Roseanne Watt. Past winners include Helen Oyeyemi, Julian Barnes, Zadie Smith and Jonathan Freedland. Total prize fund: £16,000, four winners, each awarded £4,000.

More from Publishing Perspectives on publishing and book awards is here, and more on the Society of Authors is here.