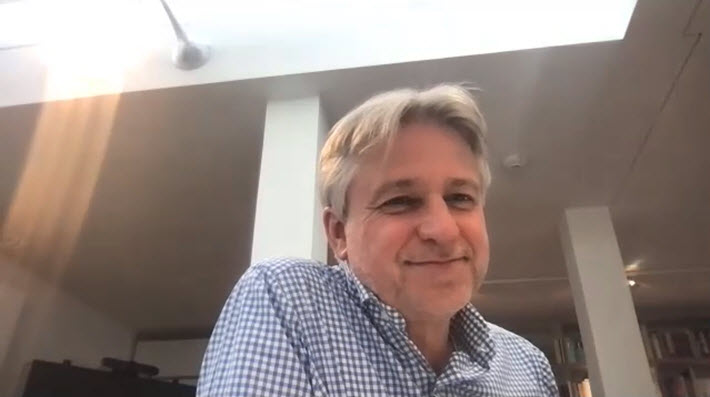 October’s Frankfurt Book Fair may be more focused than usual on international independent publishers, as the new ‘Workstations’ and collective stands meet exhibitors’ needs for flexibility.

‘Everybody Doing Business With Each Other’

While a given international publishing market’s coronavirus status may rise and fall, Juergen Boos says he’s feeling optimistic about the prospects for the physical evocation of Frankfurter Buchmesse planned for October 20 to 24.

There are, he says, already some 100 table registrations for the Literary Agents & Scouts Centre, called the LitAg—which will return to a completely refurbished Hall 6 this year—and exhibitors’ registrations are taking advantage not only of special stand pricing for Halls 3, 4, and 6, but also for the new “Workstations” availability. These are work spaces for hire, equipped for business, situated in multiple halls, and bookable by the day on the trade visitors’ days, Wednesday through Friday—attractive to companies that may want to attend with staffers but not with a stand presence.

Another option exhibitors are using is collective stands, including one focused on audiobooks and one on independent publishers.

“And I think many people haven’t realized that two-thirds of our exhibitors have always been smaller, or independent publishing houses. It’s not like we’re dominated by the larger houses. We’re actually living the diversity” of the independent houses.

“The houses from Asia, from Switzerland, this is really where the business comes from,” even as the majors may draw public visibility in a standard year’s Frankfurt.

The chance to give the broad-based international independent publishing community not only a higher profile but also a more direct stance in the programming for the fair this year could mean that trade visitors—as well as those publishers—will have a more intimate B2B experience. A Buchmesse using three major exhibition halls plus the Forum’s Guest of Honor Canada pavilion space and the Festhalle’s huge ARD stage television facility is hardly going to look small to a newcomer, but regular Frankfurt-goers may find that the 2021 offering carries a level of person-to-person access not always available in the larger-scale production of a standard year’s trade show.

And, of course, as Publishing Perspectives reported in May, Germany’s Neustart Kultur funding program (essentially “Restart Culture”) is backing registrations with a no-risk guarantee that exhibitors won’t lose money should the public health situation prevent the physical presentation of the fair as expected.

A design illustration of the new ‘Workstations’ offering at Frankfurter Buchmesse. Image: FBM

Timing and each publisher’s situation at home all become factors here.

In the United States, for example, as Frankfurt develops its purposefully flexible outlook for October, Macmillan has announced that its US trade and shared services division is opening a “hybrid and remote-friendly work model,” using this month to assess employees’ interest. With a goal of reopening the company’s offices on Broadway in New York City on October 18, workers “have the option to choose the number of days per week they work in the office,” Macmillan says, “or choose to work fully remotely.”

“The commitment of the smaller publishers, the independent publishing houses, is quite strong to come to Frankfurt.”Juergen Boos, Frankfurter Buchmesse

Macmillan CEO Don Weisburg says, “We believe that allowing employees more flexibility to choose how they return and engage with the office in the future will likely make the office more dynamic, more frequently-used, and a stronger hub for our business. Flexibility and adaptability were strengths of ours during the pandemic, and we hope continued emphasis on these aspects will aid us as we work towards returning to a new normal.”

Publishing Perspectives also understands that Penguin Random House in New York City is tentatively looking at September for when its offices might begin reopening, but the company’s leadership is making a point of acknowledging that some parts of the workforce can really excel in the work-from-home scenario. The term “remote-friendly” heard from Macmillan is being heard from PRH, as well, and the company is starting now to work through planning conversations with employees to determine what each role’s ideal work pattern may be.

The point you hear from each house starting to explore the contours of its worklife ahead is just that: flexibility.

And this is how Frankfurt’s program is operating. Even the most demanding custom-built stand reservations now have a September 1 deadline to allow publishers the chance to study their evolving circumstances and potentials during this summer of transition. (Information and registration for exhibitors is here.)

But many houses are expected to consider bringing in “walking teams” of employees who can use the Workstations as a base of operations and make their meetings without the infrastructure of a stand—even as their officing format may still be in flux at home.

Boos: ‘Quite a Positive Message’ 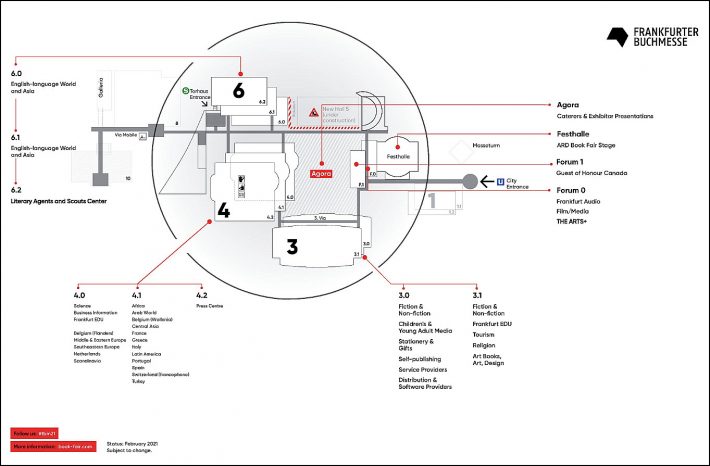 In a Frankfurt in which the trade visitor will be given special attention, an emphasis on the independent houses, Boos says, “can send quite a positive message,” should it prove too difficult for some of the biggest anchor publishing groups to attend.

“We’ll see that so much business is actually done between so many countries we may never think of,” Boos says. “It’s not actually always English-language works being sold to others, but everybody doing business with each other.”

What’s more, there are pressing issues to be discussed in programming, as well, not least a rising trend toward piracy observed in some international markets. The World Intellectual Property Organization (WIPO) and the International Publishers Association (IPA)—the latter now in its 125th-year anniversary, as Richard Charkin has discussed here—will be including the piracy concern among their programming around key industry issues.

Copyright, too, has begun heating up as an area of concern in recent weeks, both in the United Kingdom, where consultation is beginning on an “international copyright exhaustion framework” and in the European Union, where only three of 27 member-states has met the June 7 deadline to transpose and harmonize the EU’s Single Digital Market copyright directive.

In addition, in many parts of the world industry, political books and their acquisition and publication are running into new sensitivities, sometimes coming from publishing houses own staffers as well as from outside–an interesting issue in a time of such prominent political dynamics.

There will be at least one professionally equipped studio for presentation (stream-ready for use online), Boos says, and a second one may be available in connection with The Arts+ programming at the Forum.

To reiterate some key points of the setup at Buchmesse this year:

And in Germany this week, the foreign minister, Heiko Maas, has said the country expects to lift its travel warnings for most countries, starting July 1, meaning that markets showing infection rates between 50 and 200 cases per 100,000 people in a seven-day span will no longer be classified as a risk.

While Deutsche Welle has carried chancellor Angela Merkel’s caution about the India-based “Delta” variant as she joins today’s (June 11) G-7 talks in England, the COVID-19 infection numbers have been dropping in Germany. As Thomas Rogers is writing for The New York Times, the Berlinale’s “Special Summer” program of outdoor film screenings has been able to move ahead, using 16 venues around the capital.

As the Voice of America reported Thursday (June 10), Germany has quickly approved the “CovPass” digital vaccination-status smartphone system that the European Union Parliament approved the day before (June 9). That program is expected to start facilitating movement and access for vaccinated citizens across the bloc in early July.

“I think that in a few weeks,” Boos says, as vaccination programs roll out faster to maintain traction amid variants and as travel and other elements of life and business begin to reawaken, “the situation will look even better.” 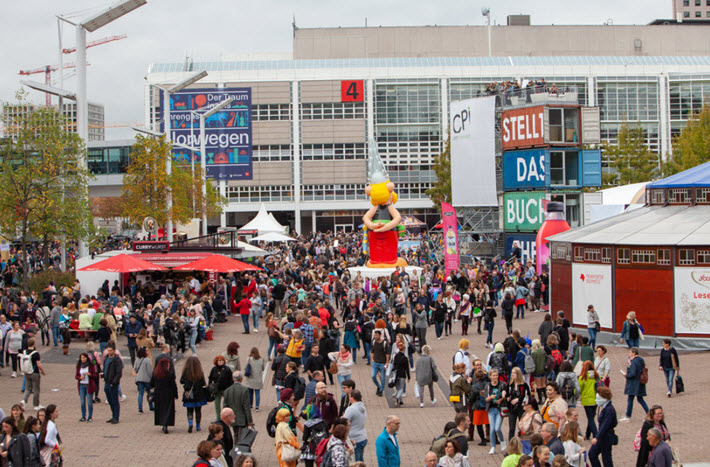