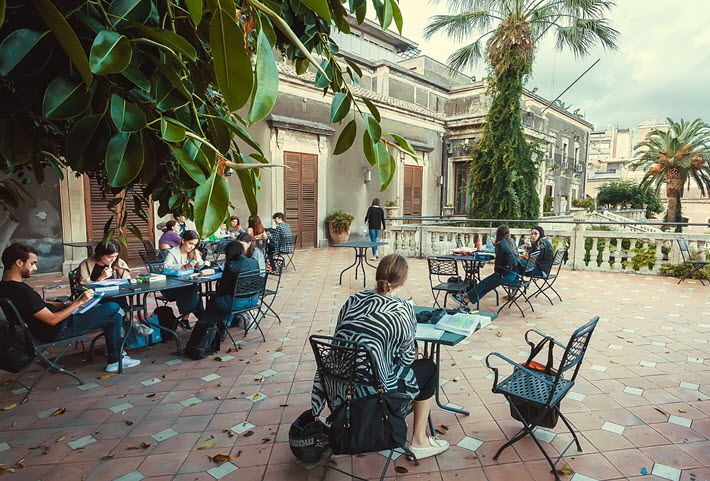 This award program’s honorees are based in Tanzania, Switzerland, Iran, the United States, Colombia, and New Zealand.

Announced by AIE and the IPA

These are the Bologna Prize for the Best Children’s Publishers of the Year.

Bologna organizers, deeply devoted to their pet short names for everything they do, like to call these the “BOP” awards.

The Children’s Publishers of the Year prizes are based in world areas. There are five shortlisted publishing houses for each of six geographical regions.

The Bologna Prize for the Best Children’s Publishers of the Year is comparatively young among the many Bologna awards, having been established in 2013. The program enjoys the collaboration of the Association of Italian Publishers (Associazione Italiana Editori, AIE), led by Ricardo Franco Levi. He and Bodour Al Qasimi, president of the International Publishers Association, made the announcement Monday.

And the AIE, one of world publishing’s most accomplished research-oriented publishers’ associations, tells us that in the Italian market, among children 14 and younger, 77 percent have done some reading in digital formats as opposed to 61 percent of the adult readership.

A part of that high percentage of digital reading among kids has to do with the coronavirus COVID-19 pandemic, of course, but it’s a striking figure and here’s one even more impressive: Among children 14 and younger, 72 percent are reading print books compared to 55 percent of adults surveyed. Who are the biggest readers of them all? The little ones aged 4 to 6.

The association will be presenting more of these figures on the youngest set of readers during the week’s fair events from Bologna.

Here are the shortlisted publishers and winners announced today (June 14) as the show opens.