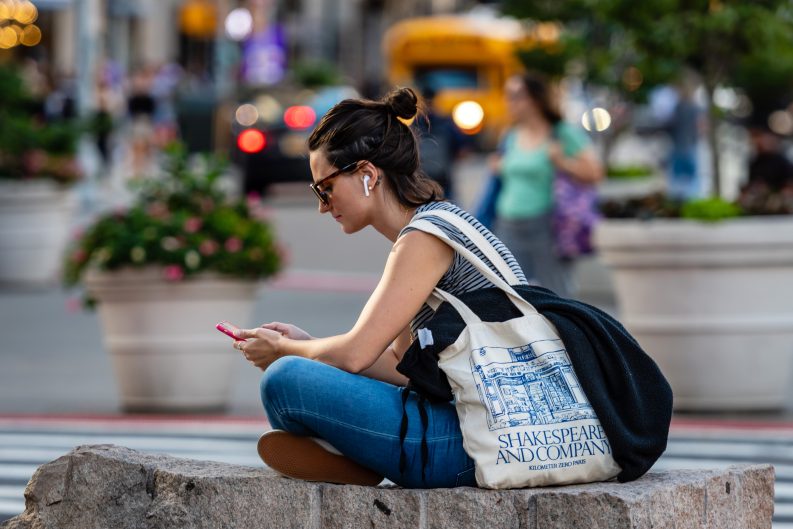 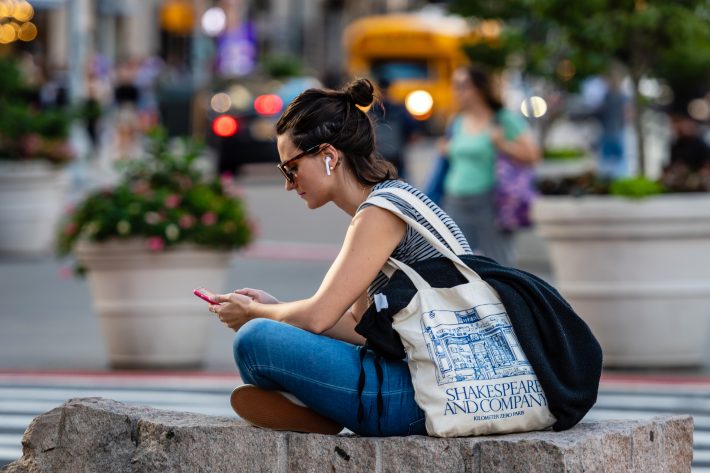 In New York City. In survey work, 56 percent of respondents this year say they’re 45 or younger, up from 52 percent in 2020. Image – Getty iStockphoto: Askolds

In its annual report, released today (June 1), the US-based Audio Publishers Association cites publishers’ audiobook revenue rising to US$1.3 billion last year. That’s a 12-percent jump that sees 2o20 as the ninth year of double-digit growth in the format. That information is drawn from the association’s sales survey, which was conducted by InterQ Research, and looks at 2020 patterns over 2019.

In addition, the association is reporting results from a

consumer survey of American audiobook listeners aged 18 and older. Consumer survey data is looking at 2021 patterns over 2020. That work is handled for the Audio Publishers Association by Edison Research. There’s also an Edison “Share of Ear” round of survey work involved here.

The association’s main message to the media this morning is that “although listening habits changed in the last year, audiobook listening remained strong and stable despite the pandemic.” This is hardly a surprise, of course, after months of reported indicators that digital formats not only held up well but gained traction with consumers during pandemic spread-mitigation measures, in particular. But some specific numbers here are interesting and revealing of a shift toward a younger audience in audio.

Largest Gain in Units Published Since 2015

In a comment this morning to Publishing Perspectives, the Audio Publishers Association’s executive director Michele Cobb says, “The audiobook industry has had another strong year with people continuing to discover audiobooks and to realize their importance in allowing children and adults to be informed and entertained while being able to turn away from their screens.

“We’re pleased that our members pivoted quickly to accommodate changes in production during the pandemic and continued to grow the availability of titles despite challenges.

“It’s a positive story we are thrilled to share.”

Cobb’s reference to screens has to do with a survey point in which 67 percent of respondents agreed with the assertion that audiobooks could help them reduce screen time. You have to wonder if some of those survey subjects are refugees from the business world’s pandemic-era Zoom obsession, which has markedly diminished the value of a simple phone call and made video tediously de rigueur.

The association says that more than 71,000 audiobooks were published in the United States last year, a 39-percent increase in titles over those published in 2019. That’s the highest number on record, the report says, and that gain is the largest since 2015.

Always helpful for context, the Association of American Publishers‘ most recent StatShot report, which we covered on Friday, indicates that for all the growth in audiobooks, their downloadable format—the medium driving their gains—accounted for just 7.9 percent of American publishing trade sales in March of this year.

In terms of genres, the mystery-thriller-suspense group held the lead in 2020 but the association saw “sharp increases” in romance, self-help, and business.

In the pandemic year—already recognized by much of the world publisher as a time of “digital acceleration” in terms of consumer adoption of ebooks and audiobooks—”The most significant change in listener behavior,” today’s messaging from the association says, “was the shift in listening location from the car to the home as American commuter patterns were so dramatically affected by pandemic stay-at-home orders.”

In the consumer behavior responses gathered by Edison, 55 percent of listeners said they listened most often at home, compared with 43 percent in the previous year. Only 30 of listeners surveyed said the car was their main listening venue, by comparison to 41 percent of the respondents in 2019.

Amid the coronavirus COVID-19 pandemic, parents responding to the survey said they’d been discovering audiobooks as an outlet for their children. The percentage of parents of children aged 17 and younger who said their children listened to audiobooks last year was 49 percent, up from 35 percent previously. 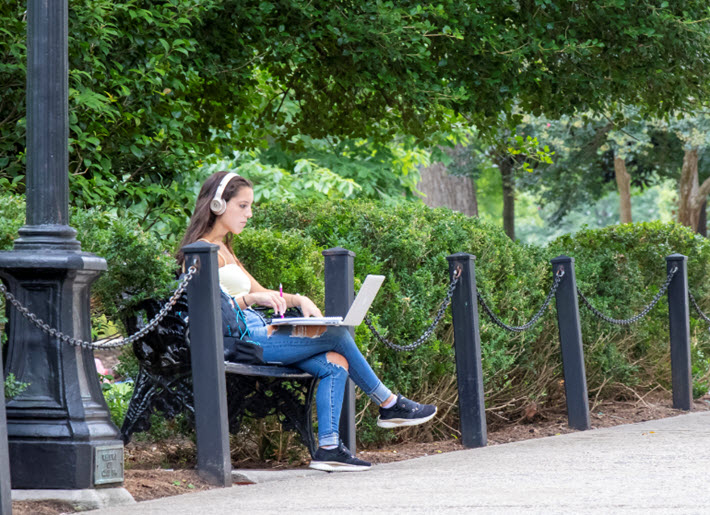 On the campus of the University of Georgia, August 20, 2020. Survey work indicates that daily audiobook consumption in the States has risen 71 percent since 2017. Image – Getty iStockphoto: Jennifer E. Wolf

More points offered in today’s report include a note about subscriptions, which often go hand-in-hand in observations and studies of audio. Remember that consumer data is based on observations of this year over 2020.

Some points from the Edison Research “Share of Ear” report on daily listening habits of Americans 13 and older:

The association says that its consumer survey (Edison Research) looks at Americans aged 18 and older and was handled in 957 online interviews made in January and February of this year. “The data was weighted to the audiobook market, as measured by The Infinite Dial, a nationally representative survey of the American media landscape conducted by Edison Research and Triton Digital.”

That inelegantly named “Share of Ear” material comes from a first-quarter 2021 report that used more than 4,000 interviews with Americans 13 and older. It also involves single-day tracking: “Respondents were asked to keep a comprehensive diary of all listening over one sample day. Diaries were administered either online or offline, and in English and Spanish.”

And the sales survey from InterQ Research was made in spring of this year, a national survey of Audio Publishers Association member companies that publish audiobooks. This data comes from 27 publishers and they include “Audible, Hachette Audio, HarperCollins, Macmillan, Penguin Random House, and Simon & Schuster.”

More from Publishing Perspectives on industry statistics is here. More from us on the Audio Publishers Association is here, and more on audiobooks is here.