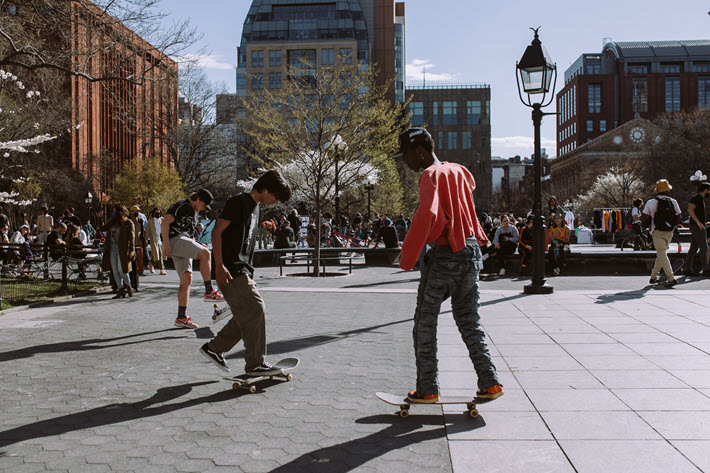 The downturns of April 2020 lead to strong comparative showings by the US industry in April 2021 in the new StatShot report from the Association of American Publishers.

The United States’ book market in the StatShot report released today (June 28) by the Association of American Publishers, continues its high levels of performance, with an overall jump of 35.2 percent for trade revenues in April, as compared to April 2020.

And the NPD Group’s report on the week ending June 19–a report also out today–shows print book sales rising 757,000 units “to meet the 2020 position,” as NPD Books’ Kristen McLean writes to the press, “holding the year-to-date growth at 20 percent” in trade print “on a weekly volume of 15.5 million units. In an interesting point, McLean’s assessment from mid-June sees “book sales 27 percent ahead of the same week in 2019.”

Looking at the April-over-April comparison of 2021 to 2020 is perhaps not entirely useful as April represented the nadir of the initial impact of the coronavirus COVID-19 pandemic in the States, of course. That produces in today’s report a jump of 43.7 percent this April over that month in 2020, reflecting the depression of the book market during the depths of the outbreaks’ uncertainties and the most widespread spread-mitigation efforts. 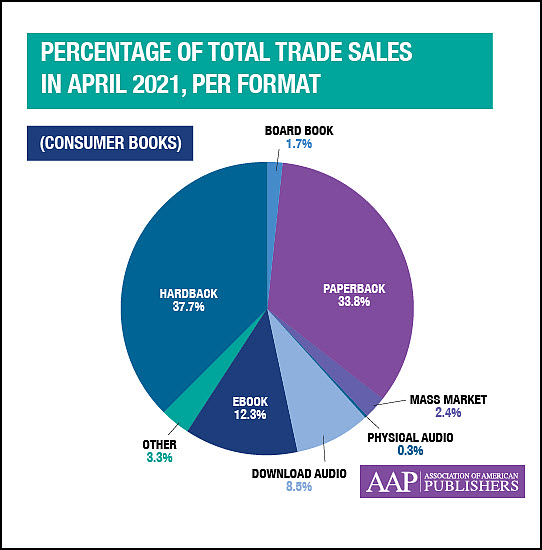 In terms of physical paper format revenues during the month of April, in the trade category (remember, this is consumer books):

As of April of this year:

A special note from the association is good to start with here, as it helps to explain what will look like some very big jumps in educational publishing. Keep it in mind as you encounter big jumps in April-over-April statistics: “The performance of the education categories during this month,” the team at the Association of American Publishers writes, “may reflect multiple factors, including rebounding business post-COVID, and reduced returns in higher education as more students use digital/online materials (which are rarely returned). In addition, the percentage increase between April 2020 and April 2021 reflects the fact that school districts delayed purchases until later in the year during the pandemic.”

As of April of this year:

“AAP Statshot reports the monthly and yearly net revenue of publishing houses from US sales to bookstores, wholesalers, direct-to-consumer, online retailers, and other channels.  Statshot draws revenue data from approximately 1,360 publishers, although participation may fluctuate slightly from report to report.