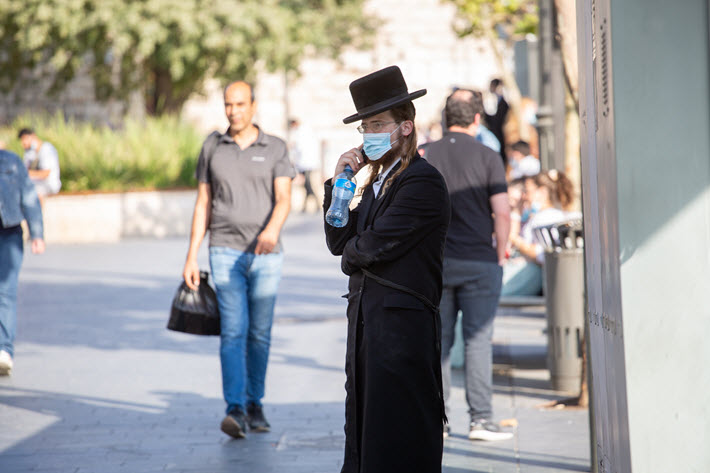 In Taipei, the Grayhawk Agency was making submissions and getting silence back from the world. In Tel Aviv, Yaniv Iczkovits was launching his new book—a month before the second lockdown.

Waiting for a train in Jerusalem during the pandemic year, September 14, 2020. Image – Getty iStockphoto: Alex Eidelman

An Agent and an Author

The ongoing Jerusalem International Book Forum’s series of digital sessions featured a particularly strong panel on Tuesday (May 4), with high-level observations and interpretations of the book publishing industry during the global pandemic in the last 15 months.

Today, we return to that panel to hear from two other speakers:

We follow at the end of this article with information on upcoming events.

Gray Tan: ‘It Was Beyond Surreal’ 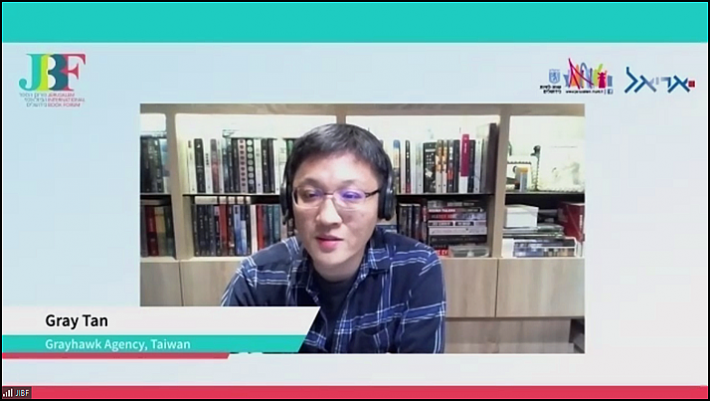 Those of us who have had the pleasure of visiting the Grayhawk Agency offices in Taipei have spent a lot of time plotting to get that real estate away from him. He and his team are seated high above the city, looking down through sheer clouds across the broad expanse of Taiwan’s capital. And in a way, Taiwan’s experience of the coronavirus COVID-19 pandemic has paralleled that elevated view.

“While I was sitting at my desk, safe and sound, the world out there was struggling with COVID.”Gray Tan, Grayhawk Agency

“I think I’m coming from a very different place,” by comparison to his colleagues on the panel, Tan said, “as Taiwan has been quite successful at containing the COVID pandemic. Since the beginning, we’ve had only about 1,000 cases and 12 deaths, which is a miracle. So we’ve been living in this safety bubble in the past year.

“We go everywhere wearing a face mask and we wash hands regularly. But aside from that, life has been pretty much normal. Theaters, stores, restaurants, shopping malls stayed open, and there was never really a lockdown.”

At this writing (May 7), the Johns Hopkins Coronavirus Resource Center sees 1,178 COVID cases in Taiwan’s population of 23.5 million and, as Tan said, exactly 12 deaths.

“Which is the ironic thing,” Tan said. “Because we’re allowed to go out, and because there are way more options to spend your time, reading books and book sales have suffered.”

Tan described with eerie clarity, the island’s inverse experience to the West’s: “While we were able to go to the office as usual,” he said, “our submissions from the agency were often met with complete silence. And while I was sitting at my desk, safe and sound, the world out there was struggling with COVID. It was beyond surreal.

“What kind of books sold in Taiwan,” he said, “were mostly about making money. Last year, 25 percent of the year’s Top 100 bestsellers in Taiwan were about investment, personal finance, everybody was trying to make money.” 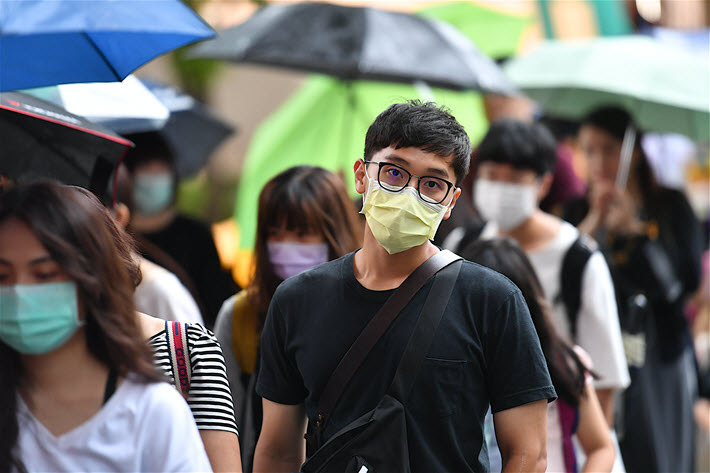 In China, Tan said, it was another story. “There, the lockdown hit early and hit hard. And although lives returned to normal fairly soon compared to the US and Europe, book sales dropped almost 20 percent,” something reflected in our China coverage and bestseller reports produced in association with Beijing OpenBook.

“The total number of ISBNs in China is decreasing, meaning it’s harder to get any translation published, regardless of the author’s nationality.”Gray Tan, Grayhawk Agency

“In 2020, the Chinese market saw a decline for the first time in 20 years. What’s especially worrying is the fact that sales from physical bookstores, which were already quite weak, actually got weaker. The retailers continued to discount quite aggressively, but to less and less effect.”

Even more concerning, Tan said, is that ISBNs—in China allocated by the state and thus at times seen as a kind of de facto censoring mechanism—became very hard to get for American authors’ work, particularly from 2019 forward as the Trump-era trade war weighed on the market.

‘Now,” Tan said, “the total number of ISBNs is decreasing, meaning it’s harder to get any translation published, regardless of the author’s nationality.” Calling 2020 in China “the year of the backlist,” Tan said that all the top-selling titles on the charts “have been there for years,” something we’ve remarked on frequently in our China bestseller coverage. In Publishing Perspectives‘ March charts from Beijing, the No. 1 fiction read is Liu Cixin’s 2006 The Three-Body Problem in a 2008 publication by Chongqing Publishing. Two of the Top 30 titles were published in 1998.

There is hope, he said, in early signs of a comeback both in Taiwan and China’s markets, and he pointed to his agency’s cloud-based status and the fast-expanding use of DocuSign for important developments, an electronic convenience that became critical to his agency’s ability to handle the emergency. “E-signature is a lifesaver,” he said, one that proved its importance—yet another signal of the pandemic’s so-called digital acceleration—during the contagion’s grip on so much of the world.

On a personal note, Tan added that he listened to 130 audiobooks in 2020. “I’ve never read so much in my life.” And even if 90 percent of it was for work, he said, it was “a wonderfully liberating experience” that he intends to continue.

Yaniv Iczkovits: ‘Television Is Not Enough’ 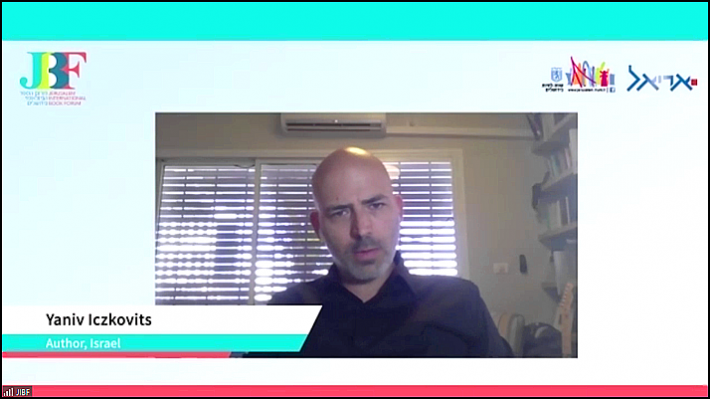 Best known for his 2015 Czarist Russian adventure novel The Slaughterman’s Daughter (newly released in 2021 by Penguin Random House in a translation by Orr Scharf), the author Yaniv Iczkovits had earlier published Wittgenstein’s Ethical Thought (Palgreave Macmillan, 2012). He’s recognized as one of the co-originators of “the combatants’ letter” during his military service, a document that helped launch the “courage to refuse” movement, which has seen as many as 600 Israeli soldiers decline to serve in the Occupied Territories. 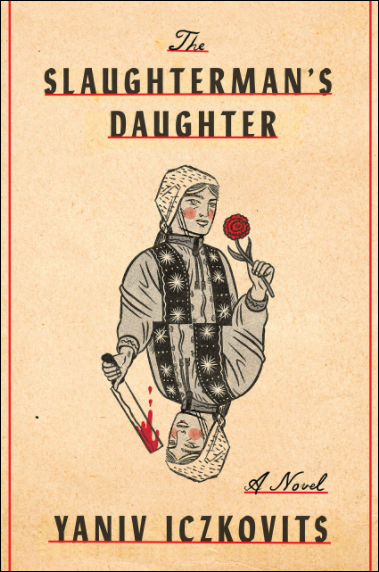 Iczkovits had the bad experience many authors encountered in the spring of 2020 when, in March, “My publisher called me and said, ‘We’re not going'” ahead with a book that had been readied for release. “‘We’re not going to publish it,'” she said, ‘I’m not going to kill your book'” amid the shutdown of so much book retail.

Despite the publishing house logic of such a stance, Iczkovits said he found himself increasingly frustrated. “I usually appreciate God’s storytelling capabilities,” he said, “but I really believe that in 2021, he or she was on the verge of a creative crisis.”

The contrarian’s instinct paid off. Iczkovits insisted that his publisher go forward, and his new work, No One Leaves Palo Alto, was released in August 2020, a month before to Israel’s second lockdown. 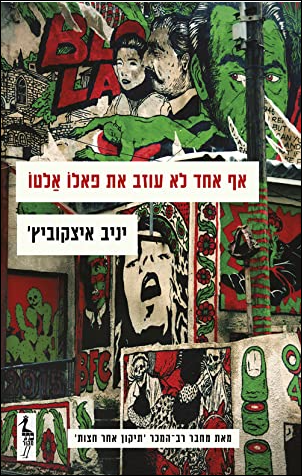 ‘No One Leaves Palo Alto’

Running against conventional wisdom, he said, he got many strong messages of support and gratitude that the book had moved, not least, he said, “because in 2020 there were no new books and the readers were really hungry for something new.”

The message Iczkovits said he got from so many fans of his new work: “Television is not enough.”

So, running against the tide of industry expectations, Iczkovits said, he not only had more success than he or his publisher expected, but he found grounding for himself as a writer in something stable and familiar.

“What I did in 2020,” he said, “was publish a book. Which is what I usually do. And that helped me to get through a really rough year. That’s my lesson.”

Next Year in Jerusalem

The Jerusalem International Book Forum is a project of the Municipality of Jerusalem, run and produced by the Ariel Municipal Company. Yoel Makov directs the forum, with Hadar Makov Hasson as artistic director and Sharon Katz as production coordinator. One element of the digital programming appreciated by many who know Jerusalem is the rolling round of photos that precede each day’s event, worth signing on early to enjoy.

Creating a digital event as a midpoint set of conversations to a physical forum in the spring of 2022, the Jerusalem forum 2021 will have two more digital sessions:

The events’ timing is consistent in each case:

Registration, free of charge, is open here for all sessions in the 2021 digital evocation of the Jerusalem International Book Forum. And more about upcoming programming is here. 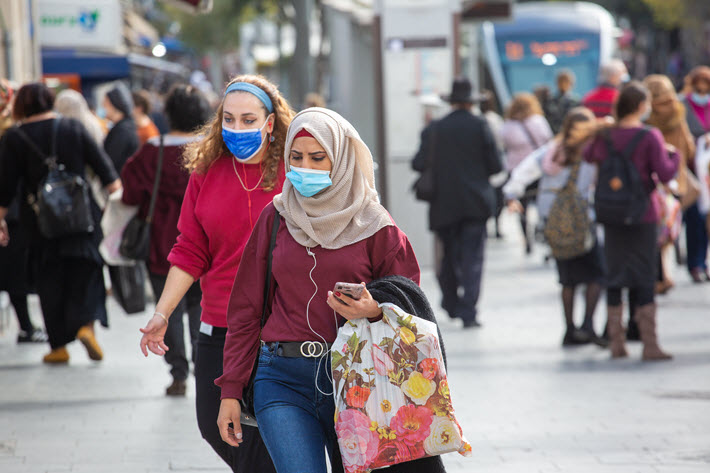 On a street in Jaffa during the pandemic year, November 16, 2020. Image – Getty iStockphoto: Alex Eidelman