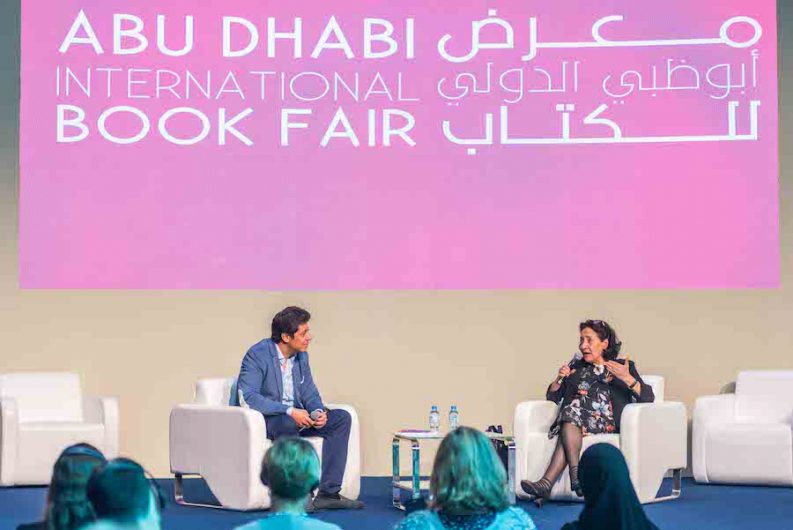 The cultural program at this year’s fair, curated by the Emirates Airline Festival of Literature, features a strong roster of writers from the Arab world. (Sponsored) 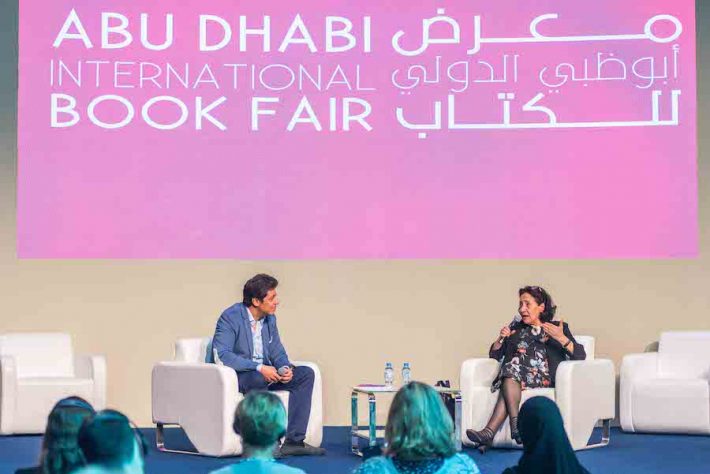 As Publishing Perspectives readers will remember, the Emirates Airline Festival of Literature this year staged many of its events in physical formats in Dubai, with extensive digital streaming, as the Abu Dhabi International Book Fair now is doing. The festival drew 117,000 attendees.

And as this week’s program in Abu Dhabi gets under way, the show’s series of author appearances has been curated by the Emirates Airline Festival.

Ahlam Bolooki, who directs the Emirates Airline Festival, is engaged with some of the author events, including interviewing the US author Tayari Jones on Sunday, as the show opened. In addition, the Emirates festival foundation’s CEO, Isobel Abulhoul, also moderated a panel today (May 24) and is certainly likely to be involved in many points of the week’s events.

Here are some of the authors whose work Bolooki, Abulhoul, and the Emirates Airline Festival team are highlighting. 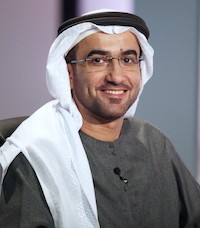 Sultan Al Ameemi is an Emirati writer, researcher and storyteller who has published 22 popular culture and poetry books in different languages and dialects. Al Ameemi works as director of the Academy of Arabic Poetry in Abu Dhabi and is president of Emirates Writers Union.

Books to Know: His novel P.O. Box: 1003 was adapted for television, and One Room Is Not Enough was longlisted for the International Prize for Arabic Literature and translated into French, Portuguese, Russian, Hindi, and Spanish.

He has published five short story collections, including A Blue Creature or Maybe; A Sign That Doesn’t Get Attention, won the Sultan Al Owais Award for Creativity in 2019; and The Verification of the Shaboori Journey, which won a 2021 Ibn Battuta Prize for Travel Literature. 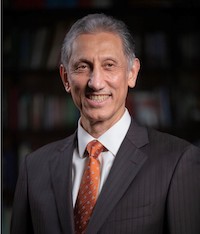 Taleb Alrefai is a Kuwaiti novelist, storyteller and cultural advisor to Kuwait’s National Council for Culture, Arts and Literature. The founder and director of the Cultural Forum in Kuwait, chairman of board of trustees of the Forum Prize for Arabic Short Story, and vice president of the Forum for Arab Awards, he also works as a visiting professor for creative writing at Arab and international universities. Taleb was a visiting lecturer at the University of Iowa’s International Creative Writing Program in 2012.

Books to Know: His published work includes In Al Hana, Najdi, Habi, and Dark Gray, in addition to studies such as Principles of Creative Writing for Short Stories and Novels and The Arab Intellectual’s Perspective of the Post-Covid Era. His books have been translated into English, Spanish, French, German, Chinese, Turkish and Hindi. 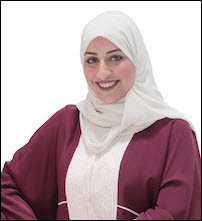 Emirati writer, researcher, and lecturer in cultural diplomacy, Eman Alyousuf holds MBA in knowledge management and chemical engineering. She is the first Emirati woman to attend the International Writing Program at the University of Iowa. She received a Fulbright Scholarship and is now studying at the University of Western Kentucky as an assistant professor of the Arabic language.

Eman is also a regular columnist in Emirati print media, and since 2019 she has hosted the “Seven” podcast on soft power and cultural diplomacy.

Books to Know: She has published three novels: The Window Which Saw, Guard the Sun—winner of the 2016 Emirates Novel award and translated into seven languages­—and The Resurrection of Others. Her short stories include “A Bird in a Fish Tank” and “Many Faces of a Man.” 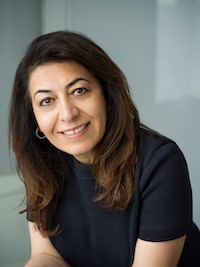 Dunya Mikhail was born in Baghdad, and moved to the United States in 1996.

She received a United States Artists Fellowship, Guggenheim Fellowship, a Knights Foundation grant, a Kresge Fellowship, and the United Nations Human Rights Award for Freedom of Writing. Her writing has drawn  attention from outlets including PBS NewsHour, The New Yorker, The New York Times, and the Guardian. She teaches Arabic at Oakland University in Michigan.

Books to Know: Mikhail’s books include The War Works Hard, shortlisted for the Griffin Poetry Prize; Diary of A Wave Outside the Sea, winner of the Arab American Book Award; and In Her Feminine Sign, named by the New York Public Library as one of best 10 poetry books of 2019.

Her nonfiction book The Beekeeper was a finalist for a PEN/John Kenneth Galbraith Award and longlisted for the National Book Award. Her debut novel The Bird Tattoo is shortlisted for the International Prize for Arabic Fiction. 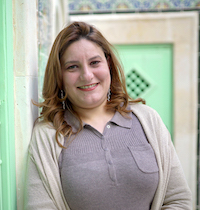 She received numerous awards and honors, including the Tunis International Book Fair in translation (2017) and the National Award for Translation (2018).

Books to Know: She received the Sheikh Rashid bin Hamad Al Sharqi Prize for Novels for The Yellow File (2020), and the Alcomar Prize for her novel The Calamity of the Nobility, which has also been shortlisted for the International Prize for Arabic Fiction (2021). 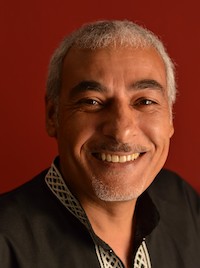 Muhsin Al-Ramli is a writer, poet academic and translator, born in the village of Sudara in northern Iraq in 1967. He has lived in Madrid since 1995 and received his doctorate in literature and philosophy from Madrid University. He writes in both Arabic and Spanish.

He has worked as a journalist and cultural editor for the Arab, Spanish and Latin American press and has translated a number of literary works from Arabic into Spanish and vice versa. He has published more than 30 books, ranging from short stories to plays, translations and novels.

Al-Ramli was a mentor on the International Prize for Arabic Fiction’s nadwa in 2019. He currently works at Saint Louis University in Madrid.

Books to Know: The English translation of his novel Scattered Crumbs (2000) won the American Translation Award sponsored by the University of Arkansas Press in 2002, and his novels Dates on My Fingers (2008) and The President’s Gardens (2012) were longlisted for the International Prize for Arabic Fiction in 2010 and 2013.

The English translation of The President’s Gardens won the 2016 PEN Translates Award and the 2018 Saif Ghobash Banipal Prize for Literary Translation. His 2015 novel The Wolf of Love and Books was shortlisted for the 2015 Sheikh Zayed Book Award, and Sons and Shoes (2018) was longlisted for the Award in 2019. 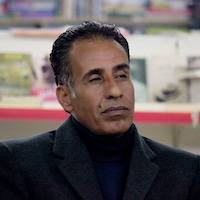 Jalal Barjas is a Jordanian poet and novelist, born in 1970. He works in the field of aeronautical engineering. For many years, he wrote articles for Jordanian newspapers and headed several cultural organizations. He now leads the Jordanian Narrative Laboratory and presents a radio program called “House of the Novel.”

His novel Guillotine of the Dreamer (2013) won the Jordanian Rifqa Doudin Prize for Narrative Creativity in 2014, and Snakes of Hell won the 2015 Katara Prize for the Arabic Novel, in the unpublished novel category, and was published by Katara in 2016. His third novel, Women of the Five Senses (2017), was longlisted for the International Prize for Arabic Fiction in 2019.

And his novel Notebooks of the Bookseller is the winner of the 2021 International Prize for Arabic Fiction. Read our coverage here.

Publishing Perspectives is the media partner of the Sheikh Zayed Book Award and the International Publishers Association.