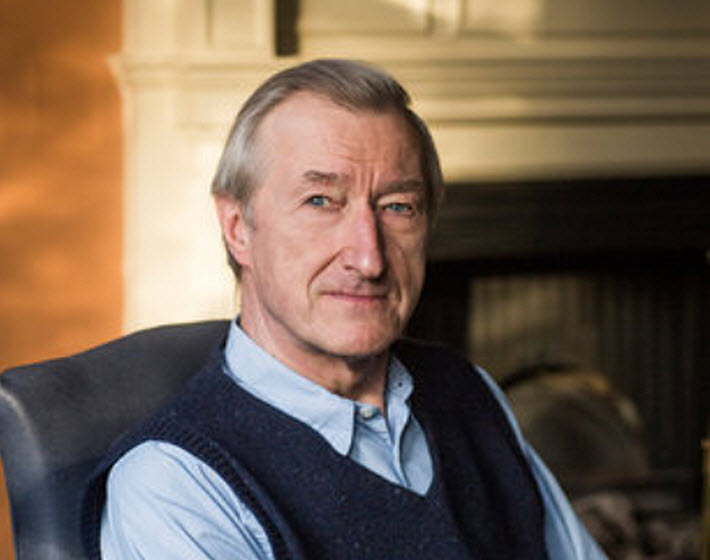 In music and commentary, the Jerusalem International Book Forum has opened its online program, Julian Barnes’ to speak in 2022.

Julian Barnes: ‘Here I Am in My Study’

In its first of four programs this morning (May 3), the Jerusalem International Book Forum and the City of Jerusalem announced that the English author Julian Barnes is the new recipient of the US$10,000 Jerusalem Prize.

As Publishing Perspectives readers know, the forum is the contemporary restructured format of the former Jerusalem International Book Fair, and now stands as an industry-facing discussion arena, a think tank meant to be staged every other year.

In a digital program today that opens a series of interim events this month as a coronavirus COVID-19 pandemic-era milestone on the way to next year’s fully physical presentation, the mayor of Jerusalem, Moshe Lion, named Barnes the winner of the prize, following 2019’s laureate, Joyce Carol Oates. In a normally produced year, the winner of the Jerusalem Prize gives a forum-opening lecture. This year, Barnes sent a brief videotaped message from his home in north London, and is to speak next year at the 2022 physical iteration of the forum.

Barnes’ The Sense of an Ending (2011) won the Booker Prize (then the Man Booker Prize) for Fiction. He has also been shortlisted by the Booker’s juries, for Flaubert’s Parrot (1984);  England, England (1998); and Arthur and George (2005). Barnes won the 1981 Somerset Award for his debut novel Metroland. In 2004, Barnes was named Commandeur de l’Ordre des Arts et des Lettres by the French ministry of culture, and while working in literary fiction has also been known for his crime fiction, writing as Dan Kavanagh.

In Monday’s program, Nurit Gertz, professor emerita of Hebrew literature at the Open University of Israel, spoke as chair of the Jerusalem Prize jury, calling Barnes, a longtime leading author published by Penguin Random House, “one of the most important and outstanding authors of our time.” 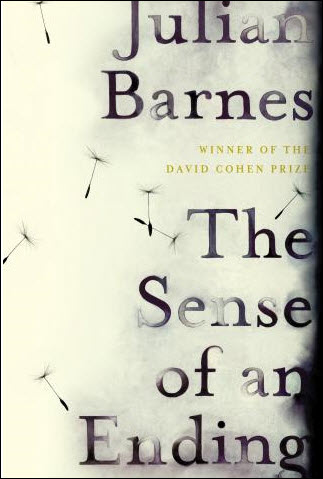 Gertz noted that books from Barnes’ body of work, which includes close to 25 titles, has been translated into at least 30 languages. She spoke of how his attention to “the many layers of memory and imagination create a complex and rich world in which a Sisyphean battle is waged,” not least against “the dwindling of time.”

In speaking from Tufnell Park to Monday’s online audience, Barnes noted that when he researched the Jerusalem Prize, he discovered that Bertrand Russell was its first recipient. “So that’s setting the bar quite high, I think,” he said wryly.

And Barnes noted that in terms of the pandemic, it may have been less taxing for him than for many. “The last 15 months or so I have been very strange and, in many ways very punitive, and very scary. The only advantage of being a writer, is that, well, here I am in my study.

“Behind me is my electric typewriter. In front is my computer. To the right is my collection of reference books. That’s all I need. To be in lockdown is rather like the normal conditions for a writer.”

He closed by conceding that he feels “a spirit of guarded optimism” about where things are headed in terms of the pandemic, and said he looks forward to receiving the award in person next year. 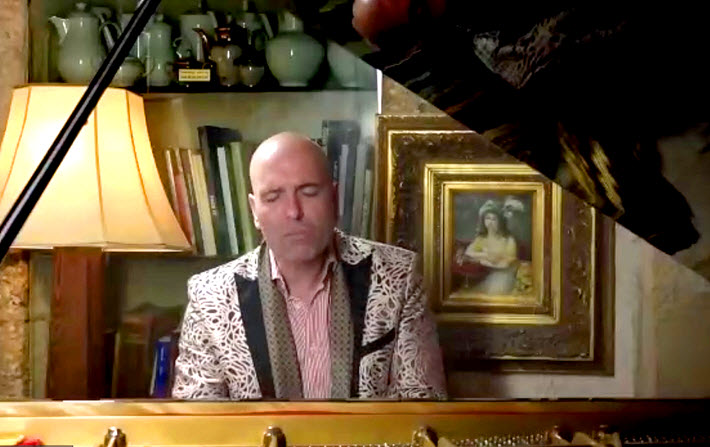 Gil Shohat, the Israeli composer and conductor, speaks to the Jerusalem International Book Forum from the piano in his studio. Image: Publishing Perspectives

Gil Shohat, the former artistic director and chief conductor of the Israel Chamber Orchestra, gave a keynote address during the course of the session today, Playing to an Empty Concert Hall: Creating Music and Performing During a Global Pandemic.

Seated at the piano in his studio “with 500-year-old stone, in the Old City of Jerusalem,” Shohat spoke of how he and other artists were forced by the pandemic’s restrictions to move “from the public to the private sphere. What is the meaning of playing or performing in front of an empty hall,” he asked?

Punctuating his ruminations with music, he said, “Most of you” in the audience “deal with selling books,” which in Israel, quite dependent on physical stores, was challenging. “A hard time for publishers and producers,” Shohat said. But for artists, he said, perhaps the pandemics constraints meant creative time for experimentation and range that artists might not allow themselves in a public arena.

In his cozy studio, he pointed out, he could “rant,” as it were, working on a piece in a “process that brought me to a completely different interpretation of a piece. I had time to look at things in a different way, a different light, and deeper.”

Next Year in Jerusalem 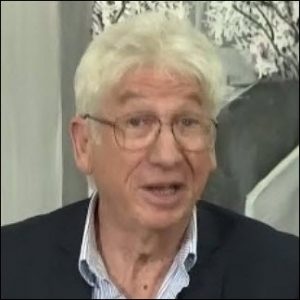 The Jerusalem International Book Forum is a project of the Municipality of Jerusalem, run and produced by the Ariel Municipal Company. Yoel Makov directs the forum, with Hadar Makov Hasson as artistic director and Sharon Katz as production coordinator.

Creating a digital event as a midpoint set of conversations to a physical forum in the spring of 2022, the Jerusalem forum will have three more sessions:

The events’ timing is consistent in each case:

Registration, free of charge, is open here for all sessions in the 2021 digital evocation of the Jerusalem International Book Forum. And more about upcoming programming is here.

And Katz mentioned that a second application period for the Zev Birger Editorial Fellowship program will open on September 12, with exact dates for the coming 2022 forum to be set “very soon.”