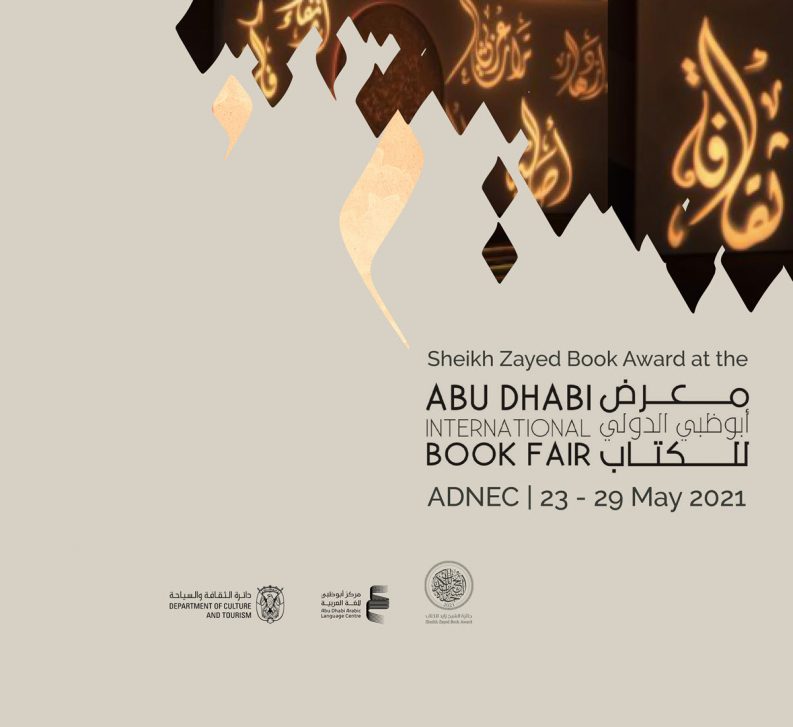 In four important programs at the fair, the award will present commentary from—and conversation with—winners from 2020 and 2021. 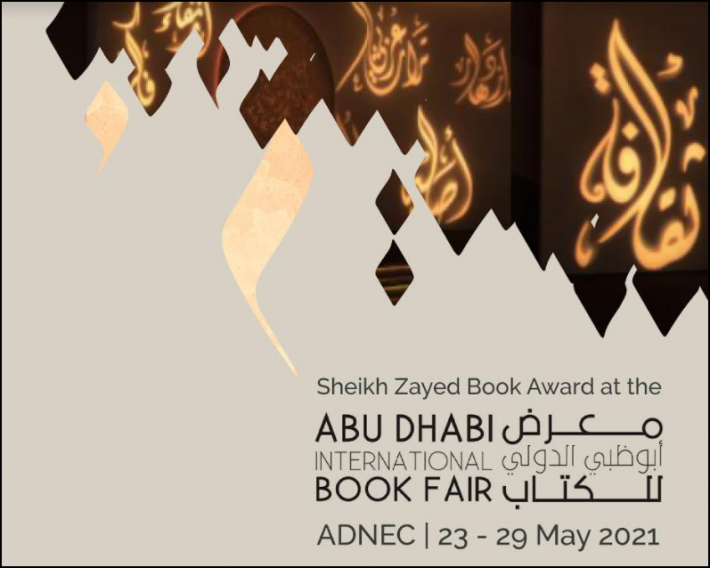 During the upcoming 30th edition of the Abu Dhabi International Book Fair—running Sunday (May 23) through May 29—the Sheikh Zayed Book Award not only will hold its annual ceremony to honor its 2021 winners in eight categories, but will also will produce a cultural program reflective of its 15-year mission on select, recognize, and promote the work of outstanding writers, intellectuals, and publishers as well as young talent whose writing and translation in the humanities objectively enriches Arab intellectual, cultural, literary, and social life.

The Zayed Award program, which is produced under the auspices of the Abu Dhabi Arabic Language Center at the Abu Dhabi Department of Culture and Tourism, will open its events with that ceremony, digitally delivered as will be all its events.

The ceremony will be streamed live on the Sheikh Zayed Book Award’s YouTube channel and broadcast on the Abu Dhabi International Book Fair’s main stage in Hall 9 at the Abu Dhabi National Exhibition Centre.

This program will emanate from Hall 9 at the Abu Dhabi National Exhibition Centre where a selection of this year’s winners are to engage in a physical seminar under the direction of Dr. Ali Bin Tamim, secretary-general of the Sheikh Zayed Book Award and chair of the Abu Dhabi Arabic Language Centre.

Joining Tamim will be winners from both the 14th (2020) and 15th (2021) prize cycles in a session to be moderated by Khalil Al Sheikh, who is a researcher, critic, and translator who serves as a member of the Sheikh Zayed award’s scientific committee.

Participants anticipated at this writing include: 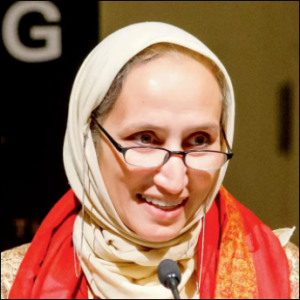 Also in attendance will be winners of this year’s edition of the Sheikh Zayed Book Award: 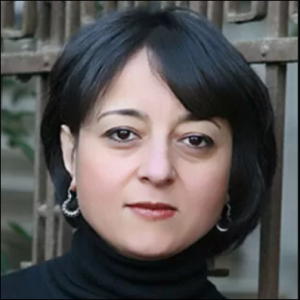 Mersal, winner of the 2021 Literature award for her Fee Athar Enayat Al-Zayyat (In the Footsteps of Enayat Al-Zayyat), will be heard in a digital presentation with Asma Siddiq Al Mutawaa, the founding chair of Abu Dhabi’s Al Multaqa Literary Salon.

In this digitally produced session, Tunisian author Mizouni Bannani, winner of the 2021 Children’s Literature award for his book Rehlat Fannan (An Artist’s Journey), will speak about award and children’s literature; the origin and significance of his book Rehlat Fannan; and the extent to which he was influenced by the book Kalila wa Dimna. The session will be moderated by Sarah Salem Al Suwaidi, director of the curriculum department at the department of education and knowledge. 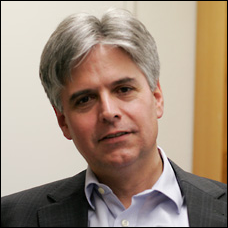 This program is being organized in collaboration with Litprom and will have the participation of:

In their session, these specialists will explore the complex interrelationship between theology and society in both the history of classical Islam and the contemporary world.

The starting point for the discussion will be the outstanding monograph Islamic Theology in the Studies of German Orientalists, With Particular Focus on Josef van Ess’ Oeuvre by last year’s SZBA winner Hayder Qasim, an Iraqi historian of religion.

Participants will also examine how Iraqi and Arab scholars compare the contributions of German Islamic studies to the study of Islamic theology and what the central topics and debates are, both in Iraq and the Arab world and Germany regarding Islamic theology and society.

Follow Publishing Perspectives for our comprehensive coverage of the Sheikh Zayed Book Award, the Abu Dhabi International Book Fair, and the International Prize for Arabic Literature.

More from Publishing Perspectives on the Sheikh Zayed Book Award is here. More on book fairs and trade shows is here, more on the Abu Dhabi International Book Fair is here in a special landing page for our coverage.

More on Guest of Honor Germany and Frankfurter Buchmesse is here, and more on the United Arab Emirates’ market is here. Publishing Perspectives is the media partner of the Sheikh Zayed Book Award and the International Publishers Association.