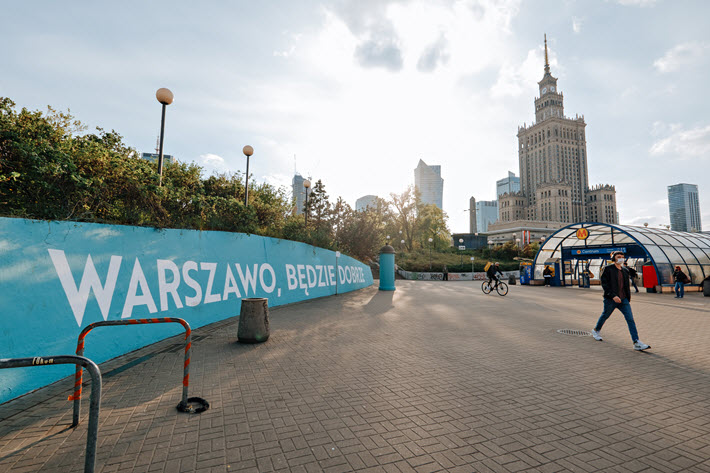 The Polish Book Chamber has heard arguments for and against its long-running effort at legislation to established fixed book pricing.

The sign in the Polish capital near the Central Metro Station says, ‘Warsaw, It Will Be OK.’ Image – Getty iStockphoto: Yuliia Filirovska

The Polish Chamber of Books (Polska Izba Książki, PIK) is holding consultations through Tuesday (May 18) on a draft bill that introduces fixed book pricing to the market.

The legislation would fix a price for books for 12 months, allowing booksellers to offer a maximum discount of 5 percent in regular retail settings, and 15 percent at book fairs. A number of online booksellers are protesting the proposal, asserting that it could undermine Poland’s book sales and deprive less affluent readers of access to new releases.

In a statement from the chamber’s president, Sonia Draga, the organization says that the proposed measures are a product of years of discussions. The bill’s first draft was written in 2017. 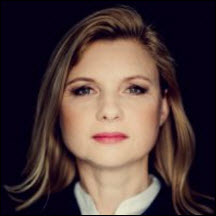 In an interview with Publishing Perspectives, Włodzimierz Albin, a board member of the chamber, says that the draft bill on the fixed book price “is not related to fiscal issues, but it introduces some changes to the rules that apply to the publishing market. It isn’t a novelty in Europe, as the majority of major European countries have implemented such rules that apply to books, and these countries represent more than 60 percent of the European Union’s population.”

Albin says that while some industry observers use the term “minimum book price,” the term is misleading.

“We’re talking about a uniform price for new releases, determined by publishers and respected by retailers. This is quite obvious in the majority of European countries,” he says.

As previously reported, 13 European countries have fixed pricing on books, including Austria, Germany, Hungary, Italy, the Netherlands, Norway, and Spain. Outside of Europe, countries in which books are sold on a fixed-price system include Argentina, Japan, and Mexico.

Piotr Sroka, the marketing manager of online bookseller Gandalf argues that introducing fixed book prices could trigger higher prices for new titles, and, as a result, lead to a drop in their sales. 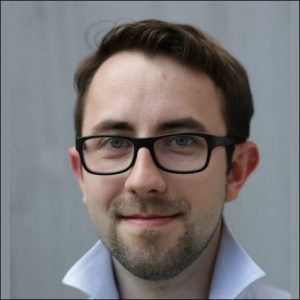 “This will be related to a lack of discounts which means that readers will have to turn to older titles, as they won’t be able to afford new titles, which will be much more expensive,” Sroka tells Publishing Perspectives.

“And there are more consequences,” he says.

“We must be aware that the budgets for purchases by companies, state institutions, schools, and libraries will become significantly burdened. Small stores will only have access to a standard offer. Large store chains could be treated preferentially, as they’re able to influence publishers and pressure them, for instance by asking them to release limited editions of certain books at lower prices for them.

Sroka also says some Polish publishers could turn to reducing the quality of their books by switching to cheaper paper and outsourcing printing to low-quality businesses.

“The lack of new releases and quality will definitely translate into a drop in book reading,” he says. “We want to intervene in a timely way, noticing this potential problem before it’s too late so that Polish readers preserve their right to unrestricted access to legal culture.”

The draft bill has also drawn criticism from other Poland-based online booksellers. Wojciech Mazia, a management board member at the online bookstore Bonito, has released an open letter to his company’s customers in which he calls on readers “who care about buying books for the lowest possible prices” to voice objections to the draft bill.

Another online bookseller, TaniaKsiazka, has launched an online petition to combat the legislative proposal.

“We fear that along with higher book prices, the level of book reading will also fall,” reads a statement from TaniaKsiazka.

According to research from Poland’s National Library, reading rates have been rising in recent years. In 2020, Poland’s book reading levels, the report indicates, were at their highest levels in six year. The same report also indicates that close to 33 percent of respondents don’t have any books in their homes, according to TaniaKsiazka’s said in a statement accompanying the petition which, as of May 17, has amassed about 3,400 signatories.

Over the weekend, many Poles have celebrated a reopening of bars, pubs, and restaurants as Warsaw drops an outdoor mask mandate.

On Saturday (May 15), Vanessa Gera and Rafal Niedzielski reported for the Associated Press from Warsaw that “the reopening of bars with outdoor gardens or dining areas was clearly a key psychological step on the road back to normality. From May 29, indoor dining will again be allowed.”

The report adds that long delayed vaccination efforts in Europe are picking up. “The loosening of restrictions comes as vaccinations have finally picked up speed across the European Union, of which Poland is a member, and the numbers of new COVID-19 infections and hospitalizations have plunged in Poland in recent weeks.”

Monika Scislowska, also for AP, reports that on Friday, “Europe’s four Visegrad countries lifted travel restrictions between the Czech Republic and Hungary for people vaccinated against COVID-19 and discussed how to cooperate to boost tourism.”–Porter Anderson

More from Publishing Perspectives on bookselling is here, more on the Polish market is here, and more on publishing in Europe is here.