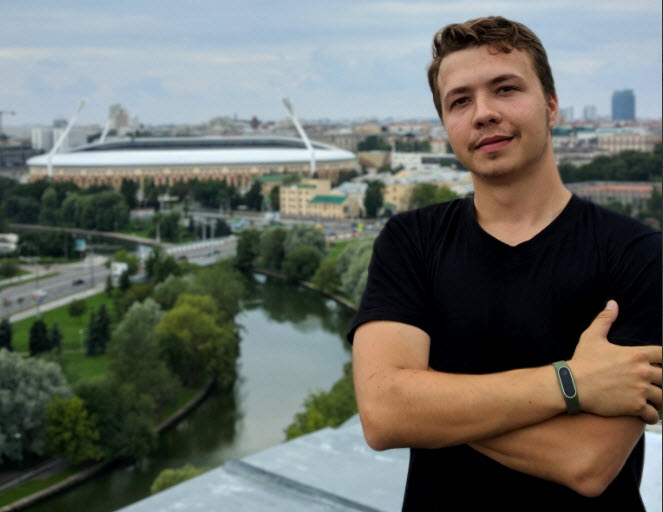 Demanding the detained writer’s release, the Belarusian PEN Centre unites with sister agencies on the freedom to publish.

A Joint Statement of Eight Organizations

As many world capitals and cultural advocacy organizations work to formulate responses, PEN Belarus is, appropriately, among the first out this morning (May 24) with a statement on Sunday’s high-flown interception and arrest of opposition Telegram writer-activist Roman Protasevich.

Facing a potential of a dozen years in confinement Protasevich is, in the interpretation of PEN and its associate agencies, a high-value target of Lukashenko for exercising the freedom to publish. Indeed, CNN’s Frederik Pleitgen in Berlin and Sheena McKenzie report this morning that Protasevich may “possibly face the death penalty in Belarus because he’s on the terrorism list, as well.”

“Roman Protasevich’s public activity,” writes PEN Belarus, “is nothing but the peaceful realization of the freedoms guaranteed by both the constitution of the Republic of Belarus and international human rights law–the freedom to seek and disseminate information, to express one’s opinion, and so on.

“According to international standards of freedom of expression, no one may be subjected to any kind of restriction, deprivation of rights or sanctions because of their own opinions or beliefs.” 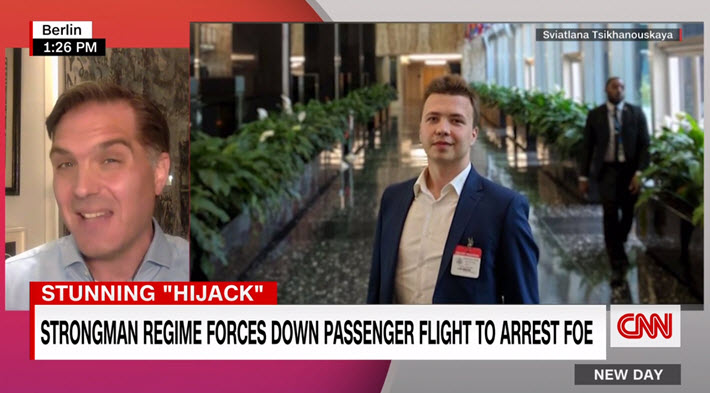 The Belarusian Crisis and Cultural Workers

In PEN’s assessment, Protasevich’s position might not be unlike the case of the International Publishers Association’s Prix Voltaire winner Raif Badawi (2016), a Saudi blogger whose digital publications were deemed offensive enough to jail him. Recent reports place Badawi most likely at Dhahban Central Prison. And the context in which PEN and writers of Belarus see the Sunday’s operation by Minsk as a stark new demonstration of how pivotal cultural workers have been in crisis that began with last year’s Belarus election on August 9. 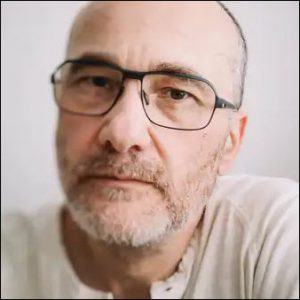 In Stockholm, a Svenska PEN board member, the writer, translator, and radio producer Dmitri Plax, at Expressen today offers a broader look at Protasevich’s activist stance, writing “Blogger Roman Protasevich is the co-founder of a Telegram channel called Nexta. Nexta is administered from abroad and is one of the most important independent sources of information about what is happening in today’s Belarus.

“Protasevich lives abroad and is apparently a cautious and security-conscious 26-year-old. But even such a person probably has a hard time imagining that a passenger aircraft on its way from one European Union country to another EU country could be hijacked in the air by authorities in a third, non-EU country.”

Plax notes with many others in the international press that the Ryanair cockpit was given an order to land at Minsk because of an alleged security threat to the flight. “It seems unlikely, to say the least,” Plax writes, in agreement with most fellow analysts.

Unlikely, yes, and alarming. How good do you feel today boarding a flight that may enter Belarusian airspace? What other national borders concern you? 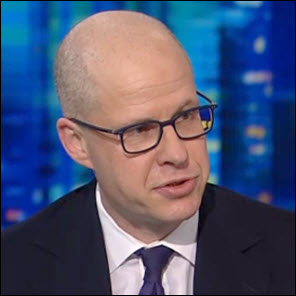 The Russian-American author and influential conservative commentator Max Boot writes today in his Washington Post column, “The force-down of the Ryanair flight must be seen not as an isolated incident but as part of a pattern of dictators testing the West with ever-greater brazenness.

“That makes it all the more imperative that the European Union and the United States do more than issue ritualistic denunciations of Lukashenko’s air piracy.

“Lukashenko must pay such a high price for this aggression that it will give pause to other tyrants and start to mend the tattered fabric of international law.

At the FT, Gideon Rachman today is echoing just that stance from London, writing that the incident represents a “flagrant escalation” of a trend toward “international lawlessness,” requiring concerted action against Minsk in response. 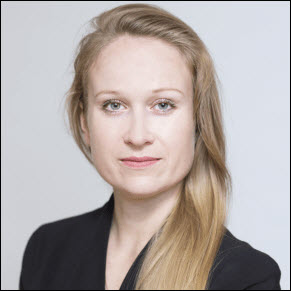 PEN America has followed the Belarusian PEN chapter with a statement in which Polina Sadovskaya, PEN America’s director of Eurasia programs, ratifies Boot and Rachman, saying, “Protasevich has been kidnapped by a regime that intends to cause him harm, and the tactics at play represent a horrifying escalation of what we have witnessed in recent years involving authoritarian governments reaching beyond their borders—and now into airspace—to menace exiled dissidents.

“This leaves individuals who have been forced to flee their countries unable to escape the long arm of repression. This grotesque ploy opens a whole new threat to dissidents in exile worldwide trying to travel from one safe harbor to another.

“We call on the Belarusian authorities to immediately and unconditionally release Protasevich. Further, we call on the Biden-Harris administration to demonstrate its stated commitment to standing up to autocrats by taking action against President Lukashenka’s regime. As this horrifying turn of events makes clear, permitting such egregious crimes against journalists to go unpunished is unacceptable and puts journalists, writers, and dissidents around the world in danger.

“The US government must join the international community in taking immediate, decisive action.”

The Incident on Sunday

Ryanair flight FR4978 was en route Athens to Vilnius when it was diverted to Minsk, forced down by what’s described by Reuters and other news reports as a Belarusian Soviet-era MiG-29 fighter jet. On the ground, Protasevich and Sapega were detained before the flight was allowed to proceed to Lithuania. Reuters’ Andrius Sytas early today has reported that Vilnius’ European Humanities University student Sofia Sapega, who was traveling with Protasevich, was also arrested.

The sheer gall of the move has triggered an international firestorm, the Times’ Matina Stevis-Gridneff and Monika Pronczuk quoting US secretary of state Antony Blinken calling Belarus’ move a ‘shocking act’ that “endangered the lives of more than 120 passengers, including US citizens,'” while European Union leaders are to discuss the issue when seated tonight in Brussels-based summit talks.

Reuters’ Sytas, with Matthias Williams and Gabriela Baczyinska, is reporting that EU leaders have “threatened to limit international air traffic over Belarus and possibly target its ground transport as well.” Western nations are using the term “state piracy” for Lukashenko’s force-down of FR4978. Ryanair CEO Michael O’Leary has termed the aerial intercept a “state-sponsored hijacking.” BBC News affirms that Belarusian state media attributes the interception to a direct and personal order from Lukashenko.

Update: This evening, Stevis-Gridneff and Pronczuk are reporting for The New York Times that the European Union is taking the extraordinary step of calling “on all EU- based airlines to stop flying over Belarus and began the process of banning Belarusian airlines from flying over the bloc’s airspace or landing in its airports—effectively severing the country’s air connections to Western Europe.” 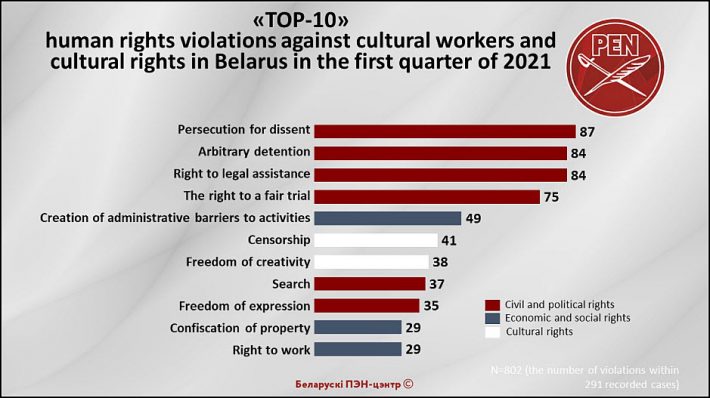 Ironically, the indefatigable Belarusian opposition–which, as Publishing Perspectives readers know, has been in the streets since Lukashenko refused to accept the results of the election last summer–may have just been handed its first really big break. As world leaders are pointing out–underlining Boot, Rachman, and Sadovskaya–Minsk’s act of “international lawlessness,” using a fighter jet to force down a commercial airliner, sets the long-running political standoff between Lukashenko and Belarus’ resilient population into a deeply concerning new dimension of unilateral aggression.

A recently released Belarusian PEN Centre report provided to Publishing Perspectives says that in the first quarter of 2021, the organization counted 291 “case of human and cultural rights violations” by the Lukashenko regime. That number is just one shy of the 292 such violations logged in Q4 of 202o, indicating that repressive activity has not abated in the first quarter of 2021.

“As of March 31,” the report reads, “there are 325 political prisoners in the country. Thirty-three are cultural workers, the focus of our monitoring.

“Another four cultural figures (former political prisoners) have been sentenced to restraint of freedom at an open-type correctional institution (a khimiya sentence or house arrest). In total, during the first quarter, 12 people were convicted in criminal cases, sentenced to between 18 months and three years of house arrest or two to eight years in a penal colony.”

The authorities, PEN reports, have moved against publishers, publishing houses, and writers. And one Belarusian activist says that in many cases, the cultural sector–writers and publishers, especially–may be the most hounded, harassed, and arrested of all the government’s targets because they are the thought leaders, the sources of information, analysis, and motivational context in which the country’s buoyant opposition operates.

Pensioners, the human rights violations report says, have been detained for “reading books by Belarusian writers Nil Hilevič, Yakub Kolas, and Uladzimir Karatkievich and other classics while on a train. The question of the policeman during the interrogation sounded like this: ‘Why are you reading these books? This is opposition literature.'”

And in today’s joint statement led by the Belarusian PEN Centre, the organization is accompanied by:

PEN and these organizations demand: