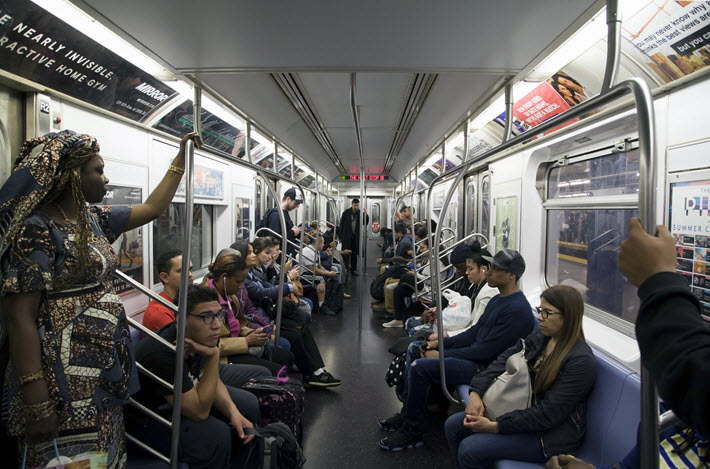 The Hachette Book Group workforce in 2020 was 3.9 percent black, the company says, as well as 6.7 percent Asian, 20 percent Hispanic or Latinx, and 67.1 percent white.

Pietsch: ‘Still a Huge Amount of Work Ahead’

In a new update on its diversity and inclusivity plan, the American arm of France’s Hachette Livre today (May 13) has reported progress for the year 2020.

The top-line element of the report from the Hachette Book Group reads, “We increased staff diversity at every level, with the largest gain in the senior managers category, which rose 31 percent.” (Senior manager, in that metric, refers to directorial and higher levels.)

There is a point to be taken into account here, provided to Publishing Perspectives by a spokeswoman at Hachette. Previous reporting from the company used only whole numbers. With this new report, the company starts expressing its findings in figures to the tenth of a percentage point, for a better view into the results at hand.

One point from a report last autumn then, in case you’d come across it, is that Black employees of Hachette Book Group were then listed as accounting for 4 percent of the workforce, while now the more precise way of expressing these figures could appear counter to the actual progress made. The percentage of Black employees at the company rose in 2020 to 3.9 percent from 3.6 percent. 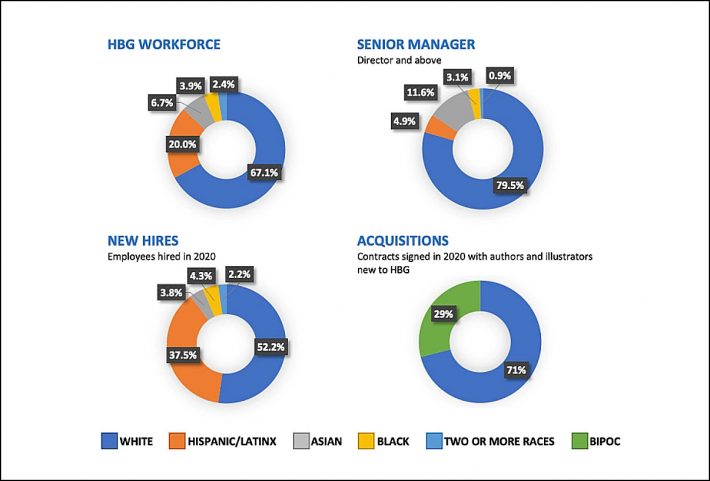 Acquisitions of Books by People of Color 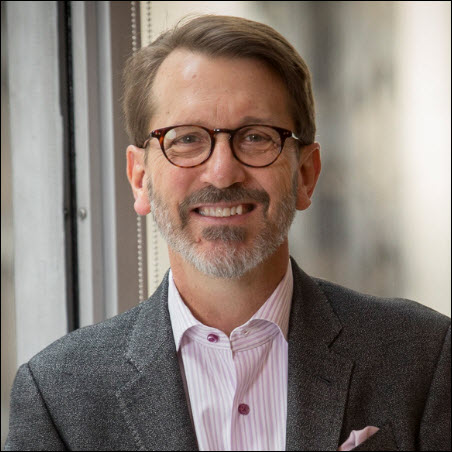 In a prepared statement, Hachette Book Group CEO Michael Pietsch is quoted, saying, ““We made progress in 2020 in all of the diversity and inclusivity initiatives we put into place, initiatives that our employees’ feedback and insights helped us shape.

“It has been very encouraging to see the level of engagement, urgency, and collaboration throughout Hachette Book Group, and the improvement we’ve seen in the past year.

“At the same time, we recognize that there’s still a huge amount of work ahead. We’re committed to making meaningful progress toward our goals and working together to create a workplace and publishing programs that reflect the diversity of the nation of readers we want to publish for. The energy and the focus to achieve those goals is in place, thanks to the deep commitment of our employees and our senior management.”

The Quantifiable and the Aspirational

There are what some critics might see as a couple of potentially questionable elements about how this news is being put before the company’s staff and the public. If “questionable” is too strong a term, maybe it’s closer to the point to say that some parts of today’s statement seem more aspirational than conclusive—more illustrative of good intentions and commitment than actual progress to date.

Indeed, most of the points made today are not captured in numeric data but more as what might be called “narrative” improvements. This doesn’t mean, of course, that these points aren’t important but that they’re not the same as purely numerically expressible factors.

For example, one of the moves flagged by the company is its hiring in late December of Carrie Bloxson as vice-president for diversity and inclusion. She joined the company on February 1 and is a member of the executive management board.

This can certainly be seen as a good move, but just as certainly, it can’t be expected that anything in the 2020 assessment was affected by this hire. Bloxson wasn’t there in 2020.

In more such points, we find Hachette Book Group saying it created “seven employee resource groups to allow employees to share experiences and make recommendations for improvements. HBG’s employees have formed such groups, the publisher says for employees of color; Black; Latinx; women in publishing; Asian/Pacific American; LGBTQIA+ and trans and gender nonconforming; and nonmajority religions.”

The company also says it provided diversity and inclusivity training “to all office employees” and this year will have more programs “including microaggression and unconscious bias training for our entire staff.”

Several more, and we can give them to you at a sentence each, then you can read more deeply for yourself:

The company also makes the point that its corporate responsibility efforts included making financial donations to “several national organizations focused on equality and social justice. This year we will augment our charitable giving program with increased support for diversity focused organizations, particularly those that are book-related.”

You can read the update here, and opinions, of course, will vary on how much accomplishment it shows. The ultimate point, as Pietsch says, is there is “a huge amount of work” ahead, and a point may soon be reached at which launchings and openings of various initiatives won’t seem adequate. pressing ahead is the key and demonstrable results will be, for many, the real goal.

The report is on the company’s site here.

More from us on issues of diversity and inclusivity in international publishing are here, more on Hachette Book Group is here.