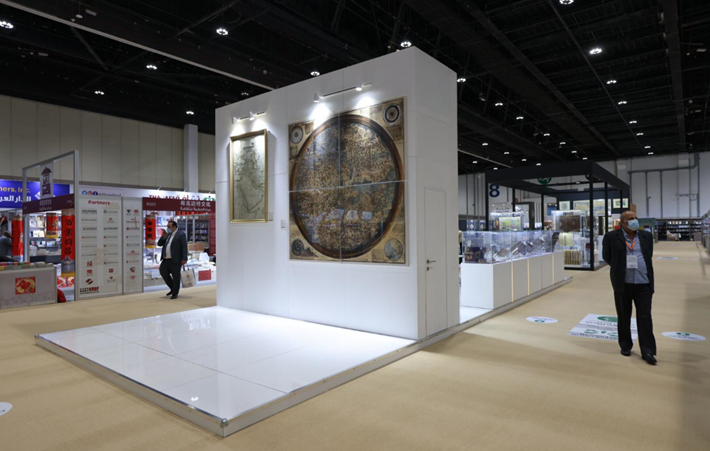 Goethe drew on the poet al-Mutanabbi and the ‘Thousand and One Nights,’ and a special exhibition at the Abu Dhabi Cultural Foundation explores shared Arabic and German motifs. 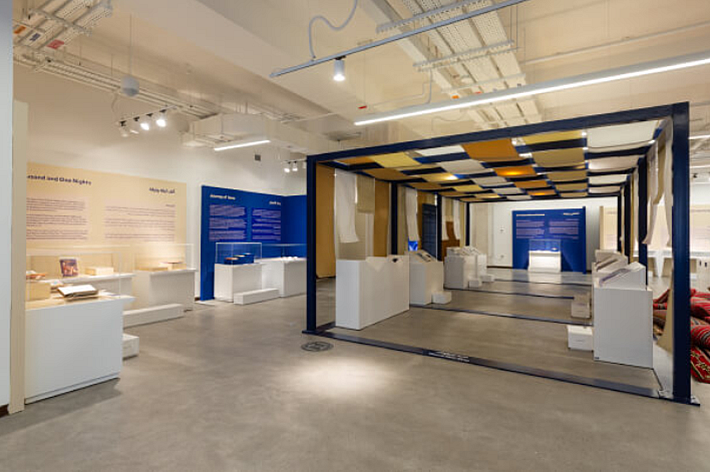 The ‘Cinderella to Sindbad’ exhibition is at Abu Dhabi Cultural Foundation during the Abu Dhabi International Book Fair, a show organized by the German embassy and the Abu Dhabi Arabic Language Centre with the Goethe-Institut Abu Dhabi during this year’s edition of the Guest of Honor Germany program at the book fair. Image: ADCF

Editor’s note: We’ll embed for you the recording of this session at the end of this article. The recording available to us at this point is the Arabic translation of the session with Verena Lepper and Laila Prager. Publishing Perspectives has requested that all video programming from the Abu Dhabi International Book Fair be posted in its English-language editions as well as those in Arabic.–Porter Anderson

‘Cultural Bridges Between Germany and the Arab World’

Storytelling is a universal human art, and stories themselves have a way of crossing boundaries–of time, geography, language, and culture.

That notion formed the basis of an Abu Dhabi International Book Fair Guest of Honor Germany session presented by Verena Lepper, curator of the Oriental and papyrus collection at the Egyptian Museum in Berlin (Staatliche Museen zu Berlin) and curator of an exhibition now on view at the Abu Dhabi Cultural Foundation.

“From Cinderella to Sindbad: German and Arabic Timeless Tales” is a literary show, running to September 20.

In the words of the session’s moderator, Laila Prager—herself a professor of social anthropology at Hamburg University and a specialist in the Middle East—the exhibition showcases “a multitude of tales, ideas, and motifs that have traveled back and forth between the Arab world and Germany.”

Lepper talked about some of the surprising commonalities between the two storytelling traditions, and touched on a number of stories, both ancient and contemporary. One of her favorite artifacts, she says, is the Westcar Papyrus, which dates to the 17th century BCE, during Egypt’s Middle Kingdom period. The Papyrus relates a series of five stories about miracles wrought by Egyptian priests and magicians, using a frame story set almost a thousand years earlier, as the stories are purportedly told at the court of the pharaoh Khufu, builder of the Great Pyramid of Giza, in the 26th century BCE. 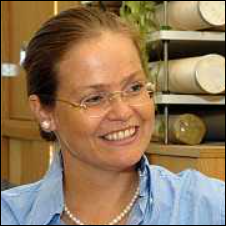 The exhibition is a result of cooperation between a number of institutions in both Germany and the UAE, including the Arab-German Young Academy of Sciences and Humanities.  Founded in 2013, the academy includes researchers from many disciplines and from institutions in Germany and from Arab countries.

Lepper says that the idea for the show was developed with two academy members—Bilal Orfali of the American University of Beirut and New York University Abu Dhabi, and Kirill Dmitriev, of the University of Saint Andrew. Dmitriev also contributed to the accompanying book.

The show is a research collaboration between the Egyptian Museum and Papyrus Collection Berlin (Staatliche Museen zu Berlin) and the Arab-German Young Academy for Sciences and Humanities (AGYA).

The exhibition brings together a wide variety of historic pieces, including a rare 19th-century manuscript of the orally transmitted epic poem of the Beni Hilal tribe, as well as a piece of paper belonging to the German poet Goethe, showing his work as he practiced writing Arabic—a language he taught himself.

“It’s fun to see the words he wrote, and his mistakes,” Lepper says.

“The roots of modern Emirati storytelling traditions are very old, going back even to antiquity, and are part of an international network.”Verena Lepper

Surveying the world of storytelling across cultures, from the Epic of Gilgamesh through Germany’s Brothers Grimm, Lepper finds that stories span a wide range of universal themes and commonalities.

“For centuries,” she says, “these ancient stories and tales have inspired and influenced writers, artists, filmmakers, and scholars.”

The exhibition is devised to highlight the mutual influences, shared ideas, and cultural transfer between the Arab world and Germany through the medium of storytelling.

Perhaps the most famous example of this kind of intercultural exchange is the Thousand and One Nights, a manuscript of which is included in the exhibition.

[Earlier this year, the Sheikh Zayed Book Award explored the fascination of the Nights with Richard van Leeuwen and Philip F. Kennedy. You can review that event here.]

The earliest known fragment of the Nights dates to the early 9th century CE, but it had older antecedents in Indian and Persian storytelling traditions, and circulated widely in Europe following its translation into French by the scholar and traveler Antoine Galland, who published it in twelve volumes between 1704 and 1717, drawing on a written manuscript supplemented by stories told to him by a Syrian in Paris, Hanna Diyab.

‘A Space in Which To Challenge Taboos’

Germany’s closest parallel to the Nights are those tales collected by the Brothers Grimm, which Lepper described as “a systematic effort to compile, transcribe, adapt, and edit old German tales. It marks a significant shift in Germany from an oral to a written tradition of storytelling.”

Published in multiple volumes between 1812 and 1857, these stories—including Sleeping Beauty, Little Red Riding Hood, The Frog King, and Cinderella (known in German as “Aschenputtel”) have been profoundly influential. Variations of the Cinderella story, for example, can be found in many parts of the world. Some 345 versions of this folktale are believed to exist. 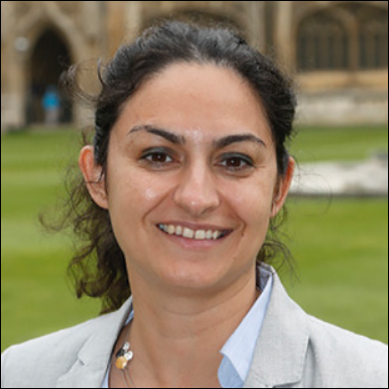 But Lepper is quick to point out to Prager that “German writers [also] drew from important works of Arabic literature,” including Goethe, who refers to both the poet al-Mutanabbi and the Nights in his famous East-West Divan and in his play Faust.

Lepper highlights common story motifs that appear in both the Arabic and German traditions—whether in the form of animals, or in the figure of the “wise fool,” such as Til Eulenspiegel or Juha, who “lift social restrictions and provide a space in which to challenge taboos.”

Folk tales played an important part in Gulf societies as well, Lepper says. Emirati tales often contain popular symbols such as the sea, the palm tree, and the jinn, as well as native animals like the gazelle. She also cites the contemporary Emirati researcher and novelist Abdulaziz al-Musallam, who has published a number of books on Gulf cultural heritage, folktales, and poetry.

“Through this exhibition,” she says in this session–viewed on Wednesday (May 26) by book fair goers at the Abu Dhabi National Exhibition Centre–“we can build together cultural bridges between Germany and the Arab world, and show that the roots of modern Emirati storytelling traditions are very old, going back even to antiquity, and are part of an international network.”

Below is the recording of the conversation between Verena Lepper and Laila Prager, with Arabic interpretation: