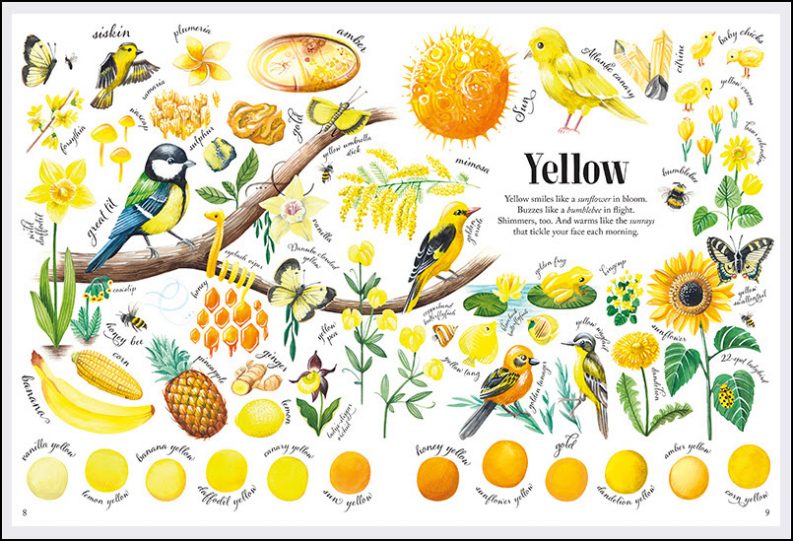 Albatros has widened its reach by translating and selling its own titles into Spanish and English-language markets. 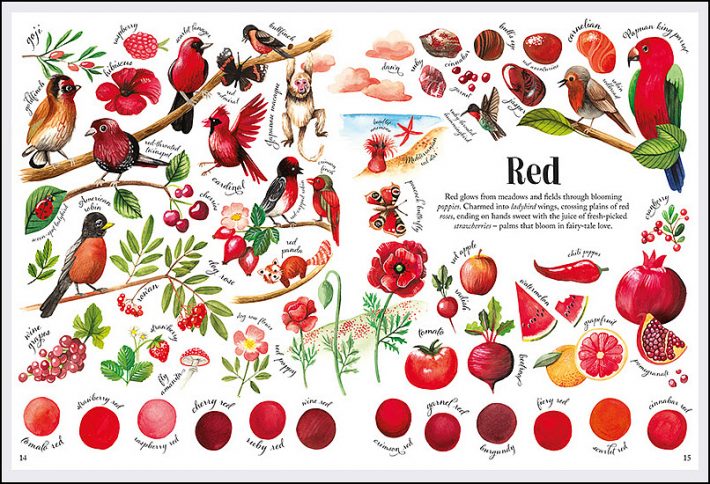 A detail from the illustrations by Magdalena Konečná for Sedláčková and Štěpánka Sekaninová’s ‘Colors in Nature’ translated to English by Andrew Oakland for direct sales by Albatros Media in the American Market. Image: Albatros Media

At the same time, Albatros is seeking to increase its foothold abroad by opening new distribution of pre-translated children’s books in the United States and Spain.

This initiative, executives say, is generating increased foreign sales, establishing a direct-sales channel for the English- and Spanish-language translations from its list.

Tomáš Jodas, export manager for Albatros Media, tells Publishing Perspectives that in the past 15 years the publishing group has been systematically building its offer of international rights sales. Albatros publishes about 1,000 titles per year. Some 400 of them are original and from those, the team selects roughly 50 titles to be included in its international rights catalogue.

To date, the company reports rights to its titles have been sold into more than 50 languages and 40 countries.

“As our titles are originally published in the Czech or Slovak languages and usually are on local topics,” Jodas says, “it’s obvious that such an offer wouldn’t be too interesting for international publishers. So we tried to find a niche market and position ourselves as the go-to brand for a specific topic. The idea was to produce a few titles extremely well instead of offering huge numbers of ordinary titles.

“After several experiments and tentative steps,” he says, “we decided on children’s nonfiction titles as the right choice. The topic is generic for readers from all around the world, with a minimal risk of offending local sensibilities.

“Once the topic was chosen,” Jodas says, “these books got special production attention, with special graphics and illustrations. We’ve also worked on innovating our format to make these titles attractive.

“Our international rights department offers not just our original nonfiction titles under the imprint B4U“–see its Bologna catalogue here–” but it also works as an agent for small publishers from the Czech Republic and Slovakia if we find they have titles that might be interesting for international markets. These titles are inserted into our catalogue, Mimoto,” Jodas says. That catalogue is here.

The first international market in which Albatros Media launched its direct sales initiative was Spain. 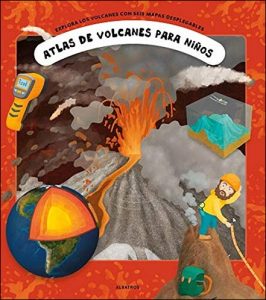 “Because the first print run for the Czech and Slovak markets is quite low by comparison to first printings in the English-language markets—and printing costs have been constantly growing—we started to have problems building co-editions. These formats are innovative but they require a minimum run of 5,000 copies before they start to draw other publisher-partners with lower printing costs,” Jodas says.

“That level print run is quite high for our own market. So we decided to expand our distribution to other countries. We started discussions with various distributors three years ago and after several meetings, we chose Spain as the first country for direct sales.

“We prepared 20 titles for the Spanish market and the strategy turned out to be successful, with several titles being already reprinted.” 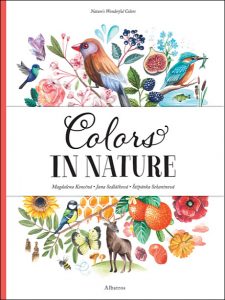 Albatros’ ‘Colors in Nature’ in its English-language edition

“As we gained the first experience with translating, editing, and meeting the legal requirements for the Spanish market, we became more confident with the whole process and—quite recklessly—decided to enter to the American market.

“Our first titles were launched there last month, and the first figures are quite encouraging.”

One of the English-language titles Jodas says has been most successful so far is Colors in Nature by Jana Sedláčková and Štěpánka Sekaninová, illustrated by Magdalena Konečná and translated by Andrew Oakland.

The book has a 30-second promotional video here.

Meanwhile, the Albatros acquisition of Mladá fronta adds a wide range of books to the group’s portfolio, including children’s content and adult fiction.

Albatros Media acquired a part of the publisher’s backlist and its staff indicates that because Mladá fronta’s books have little overseas track record, it doesn’t plan to use those titles in its international direct-sales strategy. 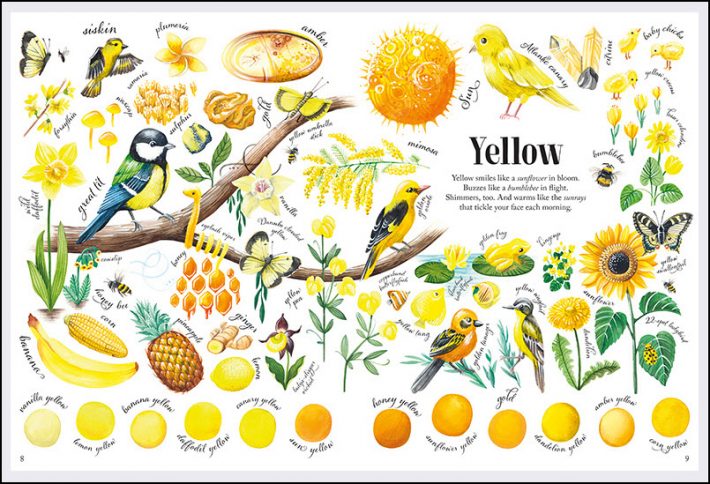 From Albatros’ ‘Colors in Nature’ in its English-language edition

More from Publishing Perspectives on rights is here, more on the Czech market is here, and more on children’s books is here.