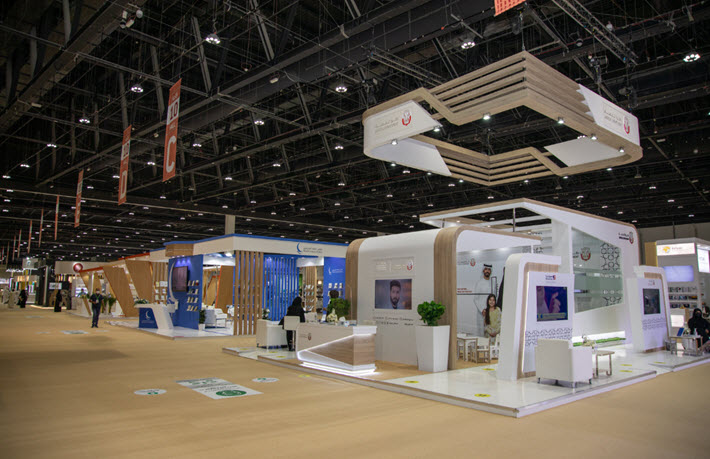 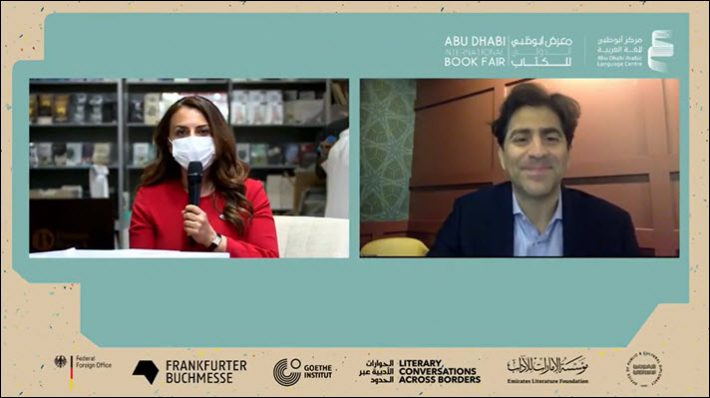 Editor’s note: The Abu Dhabi International Book Fair has provided a copy of the original conversation with Afshin Molavi and Mina Al-Oraibi, and we’ve embedded their session together for you at the end of this article. –Porter Anderson

‘This Decade of Gains’

At the Abu Dhabi International Book Fair on Wednesday (May 26) a panel titled “From West to East: How Have the Events of the Last Year Changed the Outlook for the Middle East?”

Afshin Molavi, a senior fellow at the Johns Hopkins Institute at the School of Advanced International Studies’ Foreign Policy Institute, discussed among other topics, the effect of last year’s events on the Middle East, with Mina Al-Oraibi, editor-in-chief of The National newspaper.

Beginning with the premise that 85 percent of the world does not live in the West, Molavi said he worried that world poverty rates, which had been declining, will reflect that people have been knocked back during the ongoing coronavirus COVID-19 pandemic.

“We don’t want to lose this decade of gains,” he said. Vaccine distribution will determine how soon countries can emerge from the pandemic; for the moment there is still great inequality in vaccine circulation in Southeast Asia and sub-Saharan Africa.

The International Monetary Fund estimates that with US$50 billion, vaccines can be “moved around the world,” and this sum is “peanuts” in a word economy, he said. “Now is the moment to lead, and if President Biden wants to show that America is back, then this is their moment.”

Other countries and alliances need to play a role, Molavi said, including the United Arab Emirates and the European Union.

Another important factor in dealing with the pandemic, he said, has been the question of countries’ quality of governance. Nations that lacked resilient systems suffered, as seen in a comparison of the Trump-era United States compared to the United Arab Emirates, which did well not because of its resources, he said, but because of good governance. The Middle East, in the context of these global trends, sees some countries doing better than others in terms of governance.

Molavi said that what worries him in the region is that when he looks at the conditions in 2010–which led to the Arab revolutions in 2011–there haven’t been any significant improvements made by governments, and there still is high unemployment across the region. The difference between 2011 and today, he said, is that the world now lives in the era of the smartphone.

Many trends have become accelerated, even exacerbated, by the COVID-19 pandemic. But what people are asking for, Molavi said, is the same: better governments, less corruption, and decent jobs. The Arab Youth Survey from Dubai’s ASDA’A-BCW, a survey that focuses on people aged 18 to 24, shows that respondents say they want “a sense of normalcy and they’re not getting it.” 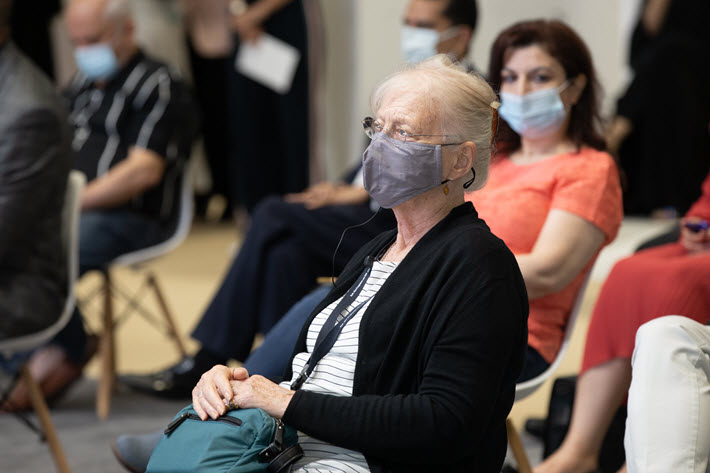 At the Abu Dhabi International Book Fair Main Stage, where cultural and professional programming is viewed in the physical setting at the National Exhibition Centre. Image: ADIBF

He answered that when he travels to the region to speak to the younger generation, the good news is that they have realistic dreams: they’re asking, he said, for good jobs and more rights for women, and have no interest in supporting extremist groups.

“When you read novels from the region,” he said, “you get aspects of countries and societies that you’ll never get from policy books or newspapers.”Afshin Molavi

Al-Oraibi asked Molavi about China’s 21st-century counterpart to the ancient Silk Road, Beijing’s “Belt and Road” initiative, and whether it had lived up to its promise. She asked what the impact had been on the Middle East and Northern Africa following president Xi Jinping first 2013 announcement of the multi-billion-euro project to create a modern Silk Road of overland and sea routes connecting Asia, Europe, and Africa.

It was an ambitious goal, Molavi said, and there have been many bumps along the way.  But if one cares about economic development, he said, then one must care about infrastructure. China is funding large projects, which [on] the “road” will be helpful, he said.

Chinese companies, Molavi said, have targeted several projects across the Middle East region in the United Arab Emirates, Saudi Arabia, Egypt, and Algeria, and has become a defining player in terms of investments and as an export destination. Oil from the Gulf Cooperation Council, Iran, and Iraq flows overwhelmingly east with much of it going to China. The region’s economic future is increasingly tied to China’s future, he said. 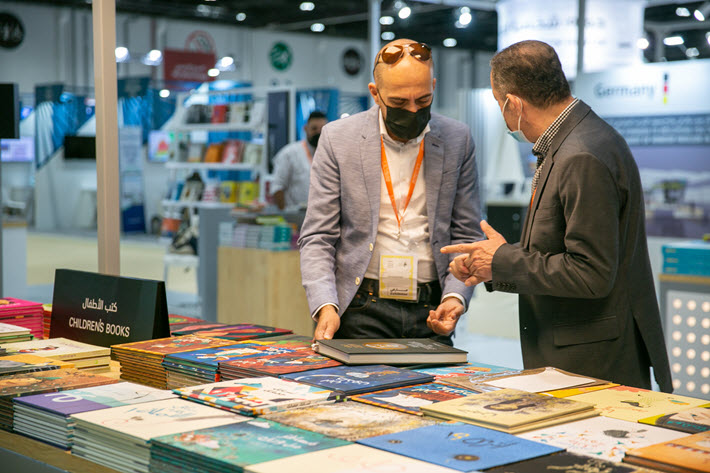 On the exhibition floor of the Abu Dhabi International Book Fair, which runs through May 29. Image: ADIBF

In answer to the question of how important culture is on the global stage, Molavi said that in the past decade, popular culture from Turkey with soap operas and South Korea with K-pop are examples of trends making their way into Western consciousness.

There’s Bollywood in India, of course, and now Nollywood based in the Nigerian film industry. Iranian and Arab authors are making waves. Molavi said he recently read Jokha Alharthi’s Celestial Bodies (Sandstone Press, 2018), translated to English by Marilyn Booth. When it won the Man Booker International Prize in 2019, “It was an important moment.

“When you read novels from the region,” he said, “you get aspects of countries and societies that you’ll never get from policy books or newspapers.”

The vibrant culture in the Arab world should be more pervasive in the world at large, Molavi said, and in this, events such as the Abu Dhabi International Book Fair have a role to play. More translations of books are necessary and Arab filmmakers should be showcased.

Molavi said he is re-reading Gabriel Garcia Márquez’ One Hundred Years of Solitude (HarperCollins), translated by Gregory Rabassa, and Omar Khayyam’s The Rubaiyat, translated by Edward Fitzgerald. He also recommended:

Video from the session is embedded here:

More on the Abu Dhabi International Book Fair is here in our special landing page for all our coverage, and more on Guest of Honor Germany and Frankfurter Buchmesse is here.

More on the United Arab Emirates’ market is here, and more on Arabic in the publishing world is here. More from us on book fairs and trade shows is here and more on translation is here.