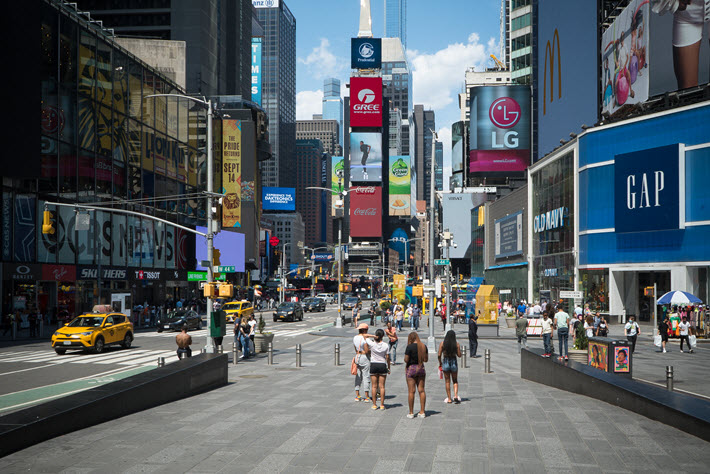 Trade books were up 34.2 percent in March, and 24.9 percent year-to-date in the American market.

In the  StatShot report released Thursday (May 27) by the Association of American Publishers, the United States’ total revenues across all categories monitored by the system were up in March 40.2 percent as compared to March 2020. That brings the monetary figure to US$896.1 million.

Keep in mind that by March 6 of 2020, 21 passengers on a cruise ship off the coast of California had tested positive for the coronavirus COVID-19. On March 11, the World Health Organization would declare  COVID-19 pandemic on March 11. Donald Trump declared a national emergency on March 13. And California would issue the United States’ first stay-at-home order on March 19.

Year-to-date, the American market’s publishing revenues as tracked by StatShot were up in the first quarter by 22.3 percent, at $3.1 billion. 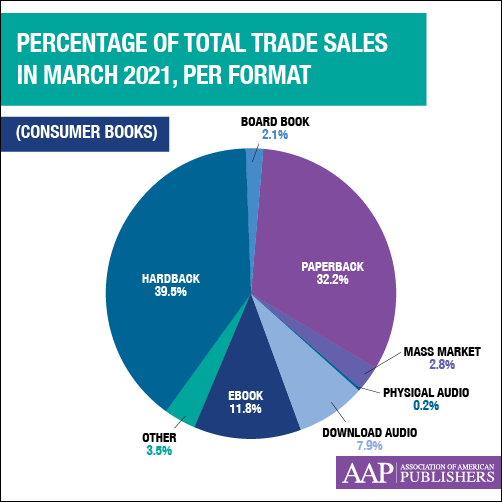 In terms of physical paper format revenues during the month of March, in the trade category–remember, this is consumer books):

“AAP Statshot reports the monthly and yearly net revenue of publishing houses from US sales to bookstores, wholesalers, direct-to-consumer, online retailers, and other channels.  Statshot draws revenue data from approximately 1,360 publishers, although participation may fluctuate slightly from report to report.