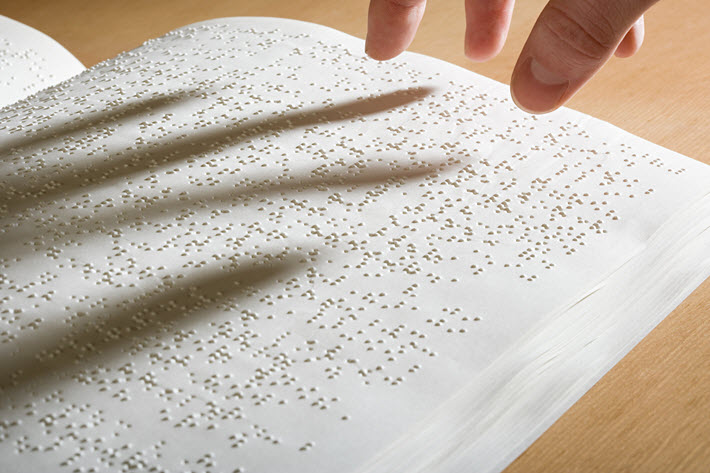 As part of its new partnership with Frankfurt, the World Intellectual Property Organization will award its Accessible Publishing honor on October 20 during this year’s fair.

An accessible EPUB3, with its accessibility features used correctly, can produce various formats of accessible reading, including an audiobook with human or synthesized narration, embossed braille, or electronic braille read on a computer with a refreshable braille keyboard. Image – iStockphoto: Xi Xin Xing

This morning (April 1), Frankfurter Buchmesse is announcing that WIPO, the  World Intellectual Property Organization, will make the presentation of the 2021 Accessible Book Consortium International Excellence Award for Accessible Publishing during the trade show (October 20 to 24).

This set of dual recognitions–which has just opened to nominations with a deadline of June 30–is “for a publisher and a project initiative, each of which demonstrating outstanding leadership and achievement in advancing the accessibility of commercial ebooks or other digital publications for people who are blind, visually impaired, or print-disabled in other ways.”

WIPO and Frankfurter Buchmesse signed a collaboration agreement in 2020, and the award ceremony on October 20 will mark the first time the honor has been conferred at Frankfurt. If the name of the award is ringing a bell, it may be because in the past, it was presented as part of London Book Fair’s International Excellence Awards.

Winners in the project initiative category include:

Nominations can be made using this application form (PDF) and delivered by email to Accessible.Books@wipo.int

Various criteria used to determine a selection include:

Media messaging this morning indicates that the Accessible Book Consortium encourages nominations of companies, organizations, and people in developing or under-developed markets.

WIPO is a United Nations agency that weighs and develops standards in international content, critical to issues of ownership and usage. Publishing Perspectives readers may know it best by its leadership in the international Marrakesh Treaty, which is designed to facilitate access to published works for people who are “blind, visually impaired or otherwise print disabled” by creating a universal copyright exception that will allow authorized parties to “travel” accessible formats to appropriate consumers.

WIPO works with the International Publishers Association (IPA)–both are based in Geneva–on the Global Publishing Industry Report. You can find more on the public-private partnership Accessible Book Consortium here, including messages from former IPA presidents Michiel Kolman and Hugo Setzer. The organization’s current president, Bodour Al Qasimi, has worked with the consortium through the auspices of the nonprofit Kalimat Foundation for Children’s Empowerment she founded in the United Arab Emirates’ Sharjah.

And Setzer, known in the industry for being a man of principle, has written an essay for the International Publishers Association about accessibility and the Accessible Books Consortium, as a long-standing champion in the field.

“I have come to believe that accessible publishing is something all publishers should and must embrace,” he writes, emphases his.

“I know many publishers may not see this as a priority,” he goes on, speaking from the publisher’s viewpoint because he’s a publisher, himself.

“The threats to the core of our business, especially copyright infringement and threats to the freedom to publish, can already be overwhelming enough to worry about something for purely moral reasons. But that’s the thing. Accessible publishing is not about charity. It’s about doing the right thing, also in terms of our business models. This is why I also say we must embrace it. Accessible publishing is inherent to modern publishing, and I will show it through four compelling reasons.

His complete essay from March 9–with each of those four compelling reasons fully explicated–is here.

Figures offered to news organizations with today’s announcement come from 2018 and the World Health Organization, estimating that some  253 million people are blind or visually impaired worldwide. More than 90 percent of these live in developing countries, where the World Blind Union (WBU) estimates that people who are blind have only a one-in-10 chance of going to school or getting a job.

A lack of accessible books remains a very real barrier to getting an education and leading an independent, productive life. The World Blind Union estimates that fewer than 10 percent of all published materials can be read by blind or low-vision people.

It’s hard to shake Setzer’s wisdom on this, when the need is so pressing and the response is so within reach. “Accessible publishing,” Setzer writes, “is inherent to modern publishing.”