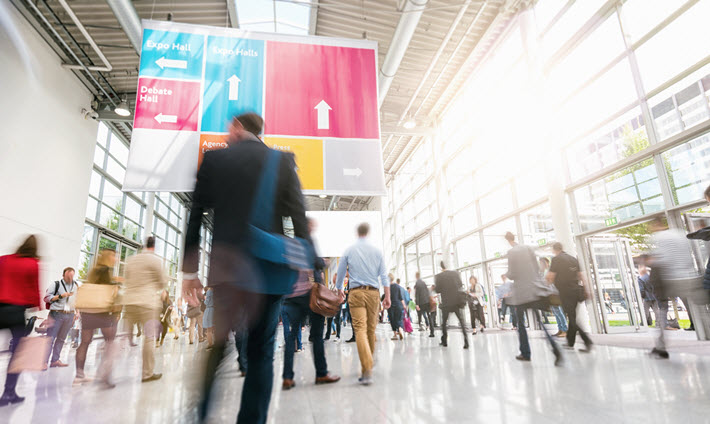 The three-day digital program, the US Book Show—which lies on the calendar where BookExpo did—is announcing panel discussions, with programming to include exhibitions and networking.

Not long after ReedPop “retired” BookExpo in December, it was announced that a “new American publishing trade fair” would be put into place.

Today (April 14), the US Book Show, that stand-in for what had been the long-running BookExpo, is announcing some early programing elements of what will be a digital event running May 25 to 27.

The programming announced today by the show’s producer, Publishers Weekly, focuses on editors’ opportunities to promote titles to “librarians, booksellers, and publishing professionals,” much as has been done in past years at the now defunct BookExpo in myriad “book buzz” sessions.

There’s to be an exhibition component online in which, organizers say today, will feature “more than 80 publishers and allied vendors.” In addition, there are to be “one-on-one conversations, awards ceremonies, entertainment, and networking” to offer a “prismatic assortment” of “experiences.” It all sounds mildly hallucinogenic but will probably be just fine.

Early bird ticket sales are available now through April 30 at US$89. General admission rates from May 1 will cost $149. Special pricing for librarians, library board members, and booksellers is available, as it is for booksellers, at $35. Ticketing is all-inclusive of the various events being planned.

At a later date, there’s to be word of author appearances, keynote addresses, and streamed live entertainment of some kind.

Here’s what we’re given today in terms of early-announced elements, several “editors’ picks” panels and three other discussion events.

In these panels, editors will tout the books they have coming out this year, and there’s to be live Q&A incorporated into each event. Moderators are primarily drawn from Publishers Weekly, which is the producer of the US Book Show.

Political Books: What Does the Post-Trump Landscape Hold?

Hiring: How to Prioritize Inclusivity in Your Workforce

More from Publishing Perspectives on the industry’s book fairs and trade shows is here, and more on BookExpo is here.