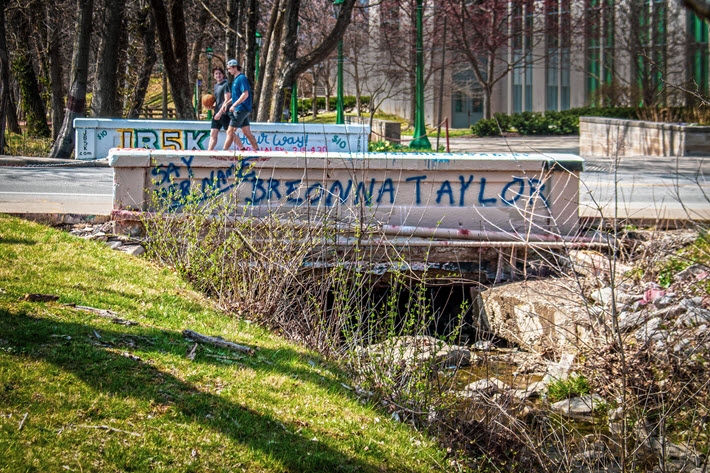 Less than 100 days into the United States’ Biden administration—and, for that matter, less than two weeks after Simon & Schuster announced its two-book deal with the former vice-president Mike Pence—S&S has experienced new encounters with the heat of political publishing.

Today (April 20), Simon & Schuster CEO Jonathan Karp has issued a memo to staff, announcing that “we will proceed in our publishing agreement with vice-president Mike Pence.” That memo–which we’ll return to later in this article–is “in response to a petition, circulated by some of our employees, that calls into question recent acquisition decisions and ongoing business relationships at Simon & Schuster.”

Noting that “we have experienced outrage from both sides of the political divide,” Karp is issuing his second such message to employees in five days.

The backstory here begins late last week, as S&S determined that it will not distribute a book by one of the police officers involved in the raid on the home of Breonna Taylor in Kentucky.

You may recall that on January 7, Simon & Schuster cancelled its contract with Sen. Josh Hawley, Republican of Missouri, after Hawley had helped lead objections on January 6 to certification of Joe Biden’s victory over Donald Trump. But when Hawley’s book was then picked up by Regnery Publishing, which is distributed by Simon & Schuster, things from S&S were quiet. Distribution contracts don’t normally allow a distributor leeway over what it will or won’t distribute for contracted publishers.

And yet the question of distributing the book on the Breonna Taylor incident has had a different outcome at this Big Five company, which Bertelsmann has agreed to acquire in a deal still pending approval from regulators. And an especially thoughtful letter from Karp to the company’s employees reflects the level of ethical and business dilemma that executives in publishing can encounter as political and social issues continue to upend national and international dialogue and policy.

The moment becomes one to consider as a potential evolutionary phase in publishing, the focus being on the book business’ responsibilities amid social and political upheaval, and the reach of those responsibilities in the supply chain—in this new case, distribution rather than publication.

This is absolutely disgusting, and @simonschuster (why is it ALWAYS S&S?) should be ashamed of itself. https://t.co/YyEBlgPcDs

The Taylor Book: ‘A Difficult Day for All of Us’

On Friday (April 16), Karp wrote, “Yesterday was a difficult day for all of us at Simon & Schuster, our authors, and our colleagues and contacts in the publishing industry. As you know, we decided that we would not distribute a planned book from Post Hill Press by Louisville police officer Jonathan Mattingly, who was involved in the death of Breonna Taylor.”

Taylor, for international readers who may not be recalling the tragedy, was 26 when she was shot and killed as she slept in her home in Louisville, Kentucky, on March 13, 2020, during a bungled police raid as part of a drug investigation. Taylor, who was Black, was an emergency room technician with the University of Louisville Health program, and her boyfriend Kenneth Walker was at her apartment at the time of the raid.

Jonathan Mattingly was one of the white plainclothes police officers involved in the raid. Mattingly was shot in the leg during the raid and his attorney last October announced that he would sue the late Breonna Taylor’s boyfriend Walker. As Elizabeth A. Harris and Alexandra Alter report at The New York Times, an FBI ballistics report found that police sergeant Mattingly fired at least one of the six bullets that struck Taylor, “though his was not the lethal bullet.”

Mattingly, who has remained on the force, has a title for his book, The Fight for Truth: The Inside Story Behind the Breonna Taylor Tragedy, and as might be expected, a society today (April 20) awaiting the jury’s decision in the Minneapolis police killing of George Floyd—and headed for the funeral of Daunte Wright—might seem to be in no mood to entertain a white officer’s account of the police action that resulted in the killing of a sleeping Black woman.

“Beyond our brief statement from last night” about planning not to distribute the Mattingly book for Post Hill Press, Karp says in his letter, “I am writing to share with you some more information about what happened and how it unfolded.

“Like you, we first became aware of the publishing deal with Mattingly through news reports, social media posts and press queries, beginning around 12 p.m. We had no prior knowledge of the book and had not been informed by our distribution partner [Post Hill Press] that it was in the works. By last night we had decided that we could not distribute this book, and after informing Post Hill Press we issued an announcement.”

“As a publisher, we seek a broad range of views for our lists.  As a distributor, we have a limited and more detached role. “Jonathan Karp, Simon & Schuster

And Karp points up the bind that S&S, as distributor, finds itself: “Although all of us involved in this decision shared an immediate and strong consensus about not wanting any role whatsoever in the distribution of this particular book, we are mindful of the unsustainable precedent of rendering our judgment on the thousands of titles from independent publishers whose books we distribute to our accounts, but whose acquisitions we do not control.”

What does he suggest going forward, then? “You have our commitment to always be open to the exchange of opinions and points of view with our employees and authors,” he writes. “At times, that commitment will be in conflict with the editorial choices of our distribution partners, which we must also respect.

“As a publisher, we seek a broad range of views for our lists.  As a distributor, we have a limited and more detached role. The distinction between publishing and distribution is frequently lost on people who do not follow the publishing business closely, but it is a reality of this important part of our overall business portfolio.”

Karp is talking case-by-case basis, and cautions that the distribution role cannot accommodate the decision made on the Mattingly book. The publisher-as-distributor, in other words, is in a bind that’s becoming increasingly visible and uncomfortable.

In what may be the best possible expression of that bind, Karp concludes, “I understand and am sorry that yesterday’s events have caused distress and disruption for you. It has been a tumultuous year, marked by tragedy and injustice. We are grateful that throughout this time you have so openly and courageously shared with us your views and opinions and experiences. We will continue to seek your help and understanding as we strive to move forward as company.”

Thus it is that today’s new memo, then, responds to a petition Karp describes as “circulated by some of our employees.”

The open letter this spring from publishing industry professionals to the industry’s executives has called on companies to refuse to contract former members of Donald Trump’s administration. The Times article from Alter and Harris indicates that the letter has more than 630 signatures on it. That letter refers to service in the Trump White House as “a uniquely mitigating criterion for publishing houses when considering book deals” and it asserts that book publishing is sometimes given to “chasing the money and notoriety of some pretty sketchy people” with book contracts.

Karp’s answer to the petition today, in asserting that S&S will go ahead with its Pence contract, says, in part, “Our role is to find those authors and works that can shed light on our world–from first-time novelists to journalists, thought leaders, scientists, memoirists, personalities, and, yes, those who walk the halls of power.

“Regardless of where those authors sit on the ideological spectrum, or if they hold views that run counter to the belief systems held by some of us, we apply a rigorous standard to assure that in acquiring books, we will be bringing into the world works that provide new information or perspectives on events to which we otherwise might not have access.”

Further challenges and a growing level of influence from the publishing workforce in the United States seem certain to be at play going forward as publishing houses navigate the often quaking dynamics of the post-Trump era.

Karp clearly recognizes this and is working today to stay abreast of it.

“Over the last year,” he writes, ‘we have done much work to make Simon & Schuster a more open and inclusive workplace. We remain focused on how we can change our culture for the better and improve our publishing programs. The conversations we’ve been having will help us evolve as a company. The pace of change may not be as fast as some of you would like, but we remain committed to progress. Thank you for sharing your concerns with me and your managers.”