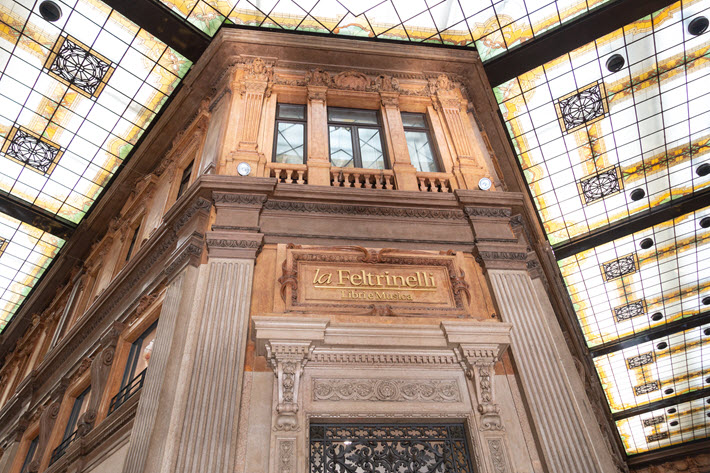 The entrance to the Feltrinelli bookstore in Rome’s Galleria Alberto Sordi on Via del Corso. Image – iStockphoto: Cineberg

For the first time in 70 years, the New York-based Authors Guild has released its “Literary Translation Model Contract” to the public, a guide with commentary that was previously available only to members of the author-advocacy organization (including agents and attorneys) to use when negotiating contracts with publishers for translation into English.

The release has been made parallel to the Guild’s decision to release its “Model Trade Book Contract,” as well.

For our international readership and its keen interest in translation, the Literary Translation Model Contract and its accompanying commentary will be of particular interest. According to the organization’s messaging to the news media on announcing the release at the end of last week, the model contract “covers every aspect of rights, licensing, payment, editorial authority, and publication of a book in translation.

“For each contract clause, it offers recommended language, as well as explaining why the provision is worded the way it is and, where possible, makes suggestions on how to negotiate the inclusion of that wording.”

Publishers and literary agents will note that this release of both the translation contract and basic book contract models puts into a much wider pool of authors’ hands a look at what their own professional advocates and legal advisors say their deals should look like. The Guild runs at a membership level of some 10,000 to 11,000 writers, translators, journalists, and others. By standing these model contracts outside the paywall, they’re now freely available to everyone.

One thing we’ve touched on many times here at Publishing Perspectives has to do with credit for translators. Many publishers decline to credit translators on the covers of translated books, we’re told, because publishers think that consumers will shy away from work if they realize it’s translated. Rather than promoting international literature by announcing the valuable work of a translator clearly, some publishers try to hide their presence so as not to “spook” readers who might think they won’t like material from another culture.

What the Authors Guild’s Literary Translation Model Contract does make clear is that the industry standard in Section 11 disagrees with such a tactic by publishers and that full cover credit to translators should be codified in their contracts.

And in the commentary for this section, we read, “Translators should ask to be credited alongside the author on the front cover and title page. Nevertheless, some publishers are still hesitant to do so.

“If a credit clause does not appear in your contract, be sure to ask your publisher to include one with specific directions about where and how the credit will appear. We also encourage translators to ask for a clause stating, ‘The name of the translator will also appear in all promotional materials.'”

Other elements of the model translation contract go into fees and royalties, audit rights, copyright, and so on. 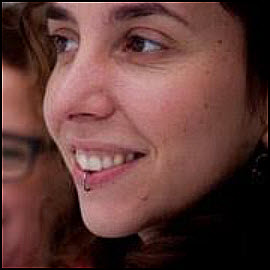 Julia Sanches is a translator, a member of the Authors Guild’s council, and the leader of a newly formed translators’ group at the Guild. On the release of the translation contract, Sanches says, “Translators are often overlooked when it comes to the US publishing industry, viewed as neither authors nor editors.

“Yet without the creative and thoughtful translations they provide, English-language readers would be deprived access to some of the most beloved literature of the 20th century by authors such as Gabriel García Márquez, Naguib Mahfouz, and Natalia Ginzburg, who came to us thanks to Edith Grossman, Humphrey Davis, and Jenny McPhee and 21st-century prose masters like Elena Ferrante, Yōko Tawada, and Han Kang, whose translators include Ann Goldstein, Margaret Mitsutani, Susan Bernofsky, Deborah Smith, and many more.

“It’s imperative that translators’ rights be protected when negotiating book contracts, which is why we encourage all publishers to review and adopt the translation model contract.”

The Model Trade Book Contract with which the Translation Model Contract has been released is described by the Guild as “showing what a publishing agreement might look like in an ideal author/publisher relationship to ensure all parties involved get a fair deal and maximize their earnings potential.”

What’s available now is an edition of the model trade book contract that was updated in 2020. Some of its provisions, the Guild says:

‘Before Signing Any Book Deal’

In a prepared statement for the release of these negotiation guidance documents, the Guild’s always proactive executive director, Mary Rasenberger, is quoted, saying, “We updated the Model Trade Book Contract last year right before the COVID-19 pandemic hit.

“We never could have predicted just how deleterious the crisis would be on working writers, with 71.4 percent of authors reporting losing, on average, 49 percent of their regular pre-pandemic income, based on our latest member survey.

“Given this situation, we’ve been exploring various ways to help ease the lives and careers of professional writers,” Rasenberger says, “which is why the Authors Guild council recently voted to remove the Model Trade Book Contract from behind our member paywall and make it freely accessible for all writers, publishers, and anyone interested in book contracts.

“We hope that publishers will look to its terms in creating their own [terms] or adopt it, and we want authors around the globe to have access to it so they can understand what terms and issues they should be aware of before signing any book deal.”

These model contracts are, in the Guild’s purview, not only presented as an advocacy initiative but are written in such a way as to “more clearly distinguish between [the Guild’s] advocacy and negotiating advice.”

More from Publishing Perspectives on international literature and translation is here, more on the Authors Guild is here, and more on authors is here.