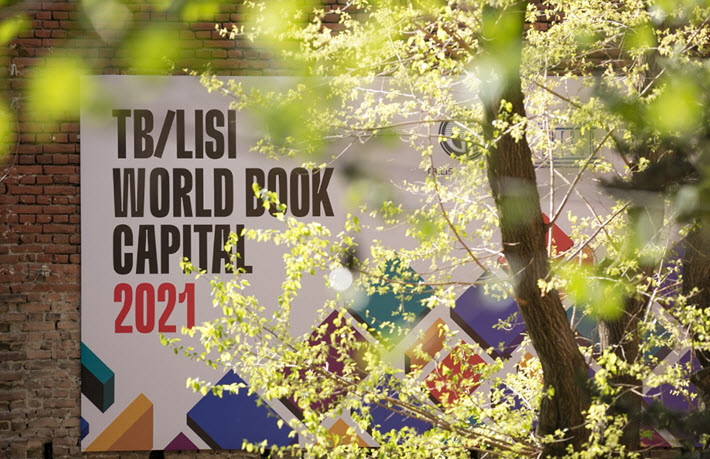 Constrained by the pandemic in the Republic of Georgia, a small but spirited weekend opens the 2021 UNESCO World Book Capital program.

As is its custom, UNESCO’s World Book Capital program used World Book Day (Friday, April 23) to make its transfer from the 2020 city to the new 2021 designee.

Less than three years after its 2018 Guest of Honor Georgia program at Frankfurter Buchmesse—World Book Capital Tbilisi (2021) has accepted its new designation in a handover ceremony with Kuala Lumpur (2020). Guadalajara has been named the 2022 World Book Capital by UNESCO.

Tbilisi’s mayor, Kakha Kaladze, was on hand Friday to accept the transfer, saying, “It’s a historic day for Tbilisi. Our city will get the title of modern world capital, and  throughout a year, it will be a place to meet for people loving reading, writing, inquiry, development, and the pursuit of constant progress. Until April 23 of next year, the attention of  the entire world will be focused on our beautiful city.

“It’s a huge responsibility and a unique opportunity to introduce to the world our literary treasure, modern literature, processes existing in the publishing, and other similar spheres.

“I would like to congratulate you on this day,” the mayor said. “I hope this will be the year that will  positively change the future of our country, will open new perspectives in our society, and will demonstrate our country and capital to the world in a new light.”

Matcharashvili: ‘Quite a Challenging Situation’ 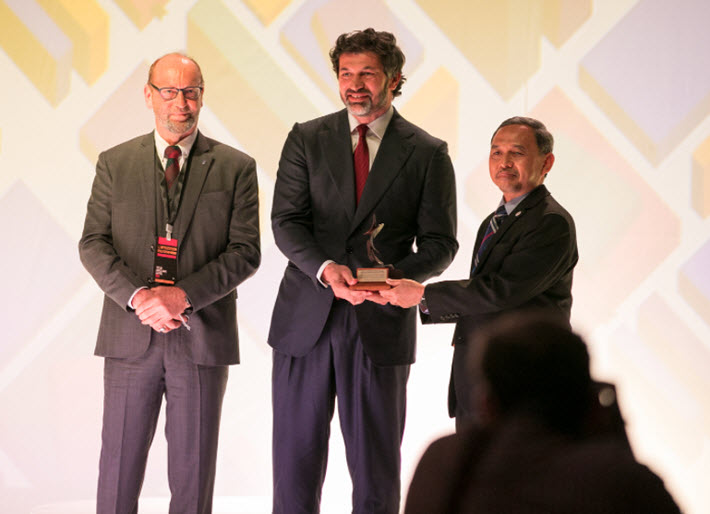 As Publishing Perspectives readers know, the Georgian book publishing industry and literary community have persistently engaged in the evolving social and political development of their nation, a former Soviet republic quick to defend the independence it established in the country’s secession from the Soviet Union in 1991.

UNESCO selected the Democratic Republic of Georgia’s proposal to be a World Book Capital in October 2019, long before, of course, anyone could foresee the arrival of the coronavirus COVID-19 pandemic. Nevertheless, programming is set to move ahead with necessary adjustments, as has been the case during the first year of the still ongoing pandemic in Kuala Lumpur.

As Kaladze put it in his address on Friday, “The program, designed to run throughout the World Book Capital year, “is professional,  informational, and most importantly, future-oriented. The program offers something  interesting to people of any age and interest, people who want to know more, expand their horizons, get  acquainted with the processes of the modern Georgian literature, and simultaneously make progress, themselves.”

It typically takes a coalition of cultural organizations and governmental agencies to produce a successful World Book Capital program, and in Georgia, that collective includes: 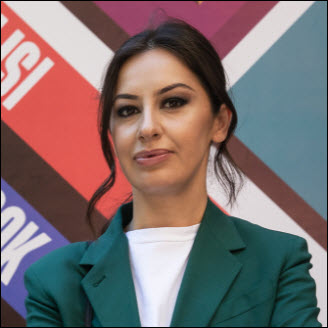 Speaking of the coordination and effort, the director of World Book Capital Georgia Ninia Matcharashvili said, “We face quite a challenging situation because of the pandemic. But our project team  has worked diligently to host this important event with dignity.

“For the last months, we have been meticulously planning and refining each project or activity.

“We have chosen this  approach as we want to justify the trust of UNESCO and to develop literacy and reading skills even further in our country. Education, literacy, and intelligence are the requirements urgently  needed by modern society to be future-oriented.

“I believe the projects we’ve selected projects will serve this purpose and this one-year book celebration will yield extraordinary results.”

UNESCO’s Ian Denison said, “I come away with the impression that the Tbilisi project has all the right components: a plan for impact and sustainable change, the commitment and sincere collaboration of all the stakeholders and a firm determination to engage with broad sectors of the reading public.

“It’s clear that the World Book Capital mantle has landed on the right shoulders and it will be used as an instrument for progress.” 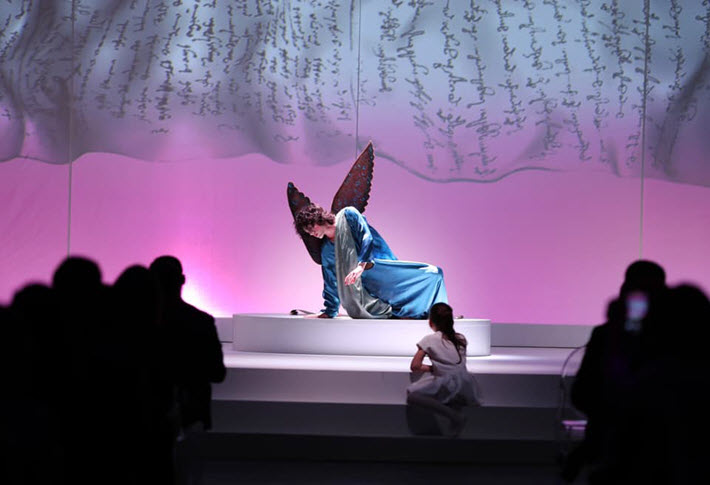 The opening ceremony included a stage production, Ten Live Pictures From Georgian Literature, featuring iconic passages in the culture’s writings from the early Christian era to the 20th century.

That performance was directed by Davit Gabunia with art direction by Uta Bekaia, choreography by Natia Chikvaidze, and the musical direction of Nika Machaidze and Tusia Beridze.

The program also featured a presentation about the life and work of Guram Dochanashvili, the writer and historian who directed the Gruziya Film Studio and wrote short stories, novels, and at least one playscript. Dochanashvili died on April 3 after a short hospitalization. He was 82. 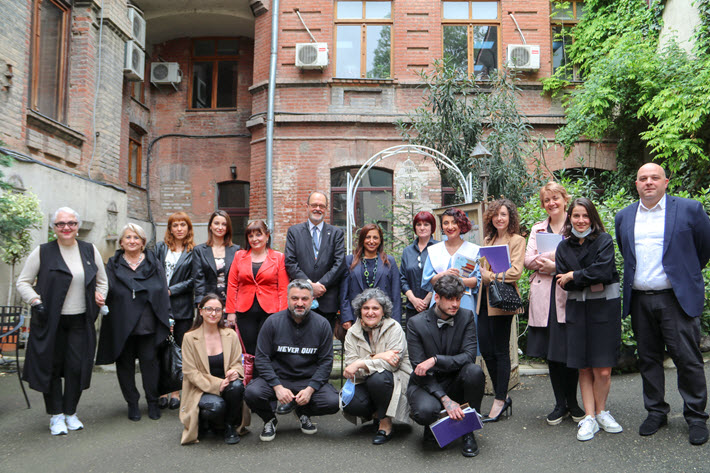 Because pandemic conditions had limited the World Book Day handover audience capacity, the Georgian Publishers and Booksellers Association and the World Book Capital programming group hosted a follow-up event at the National Parliamentary Library on Saturday (April 24) giving Georgian publishers, booksellers, and writers a chance to meet with dignitaries who were in Tbilisi for the opening.

“I know how much work is involved in hosting this honor, but I’m certain director Ninia Matcharashvili and the World Book Capital team will make this wonderful city and the whole country proud.”

Al Qasimi, of course, was referring to her leadership of the World Book Capital Sharjah team formed for the 2019 designation. Most recently that program has worked to assist Lebanese publishers and book fairs in the wake of the August 2020 explosion in Port Beirut.

The International Publishers Association , as you may recall, originally suggested the World Book Program to UNESCO in 1966, and Madrid became its first designated city in 2001. 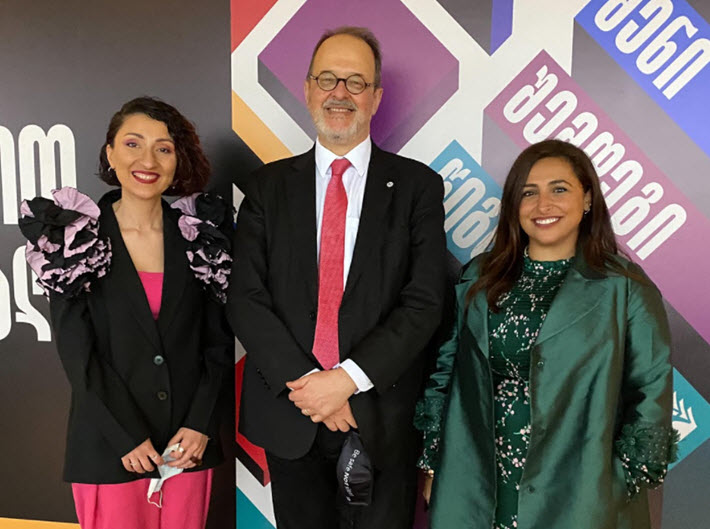 Gvantsa Jobava, who is deputy chair of the Georgian Publishers and Booksellers Association and an IPA executive committee member, said, “In 2018, we presented a guest of honor project at the Frankfurt Book Fair with the slogan ‘Georgia Made by Characters.’ Once that project was completed, we followed up with a new slogan, “Follow the Journey of Georgian Characters.’ This meant that as soon as the guest of honor project was completed, the Georgian literary and publishing industry would embark on a new journey, striving for a sustained development and continuous success.

“I’m confident that the World Book Capital Tbilisi project is unquestionably a notable and admirable part of this new journey, a unique opportunity that gives Georgia a chance to achieve one main goal of fully dedicating the year to promote and support education and literacy in our country.

“The Georgian Publishers and Booksellers Association being one of the main partners of the project,” she said, “we have numerous plans for the projects to be implemented this year, all of which will be gradually announced in the nearest future.

“We have high hopes that despite the pandemic, a large number of foreign publishers and writers will be able to visit to Tbilisi as part of various projects, and that Tbilisi will be transformed into a bubbling hub of literary processes and events. We have officially celebrated accepting the status of the World Book Capital, but the real work starts right now.”

Saturday’s event included a working meeting between the IPA and the Georgian association, with both local and international challenges discussed during the meeting and lunch.

Below is a video produced by the World Book Capital Tbilisi team for the 2021 designation.

A note related to COVID-19: Publishing Perspectives has asked about photos provided to us showing friends and colleagues pictured without masks, even as Georgia copes with coronavirus spread-mitigation regulations. We are told that those people pictured removed their masks for the photos, and then put them back on immediately.