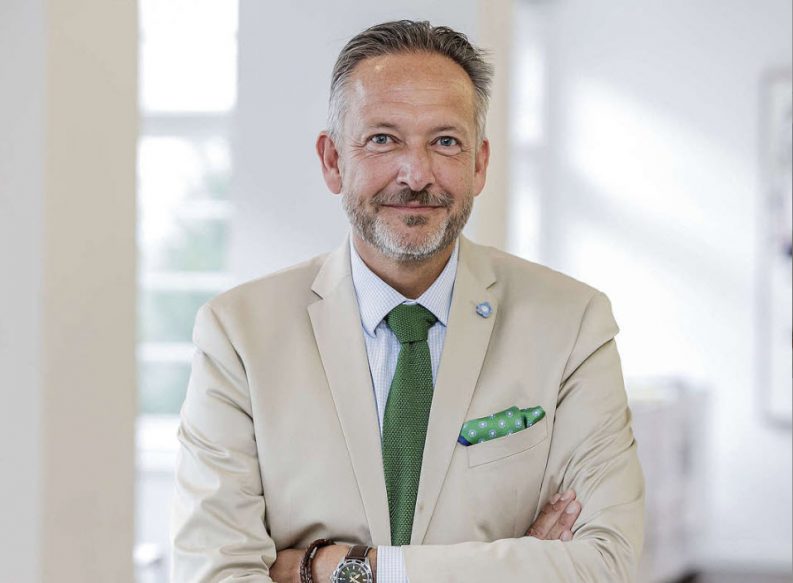 The transition to vom Cleff’s leadership of Germany’s Börsenverein is scheduled for the new year. Alexander Skipis is thanked for his work in the national and international arenas. 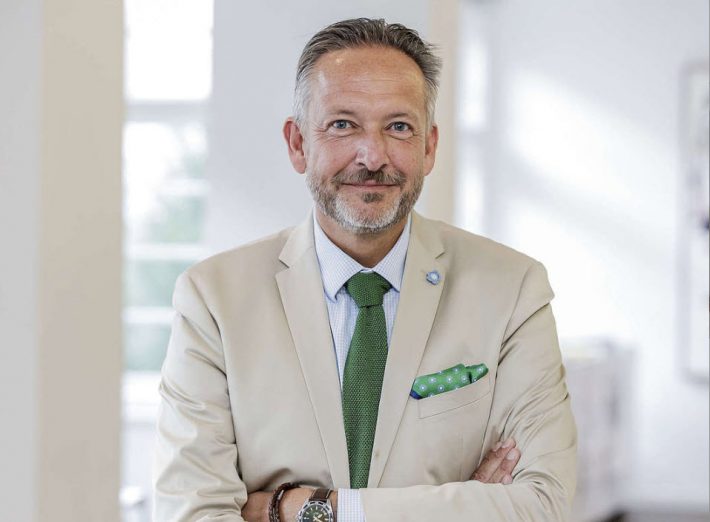 Vom Cleff: ‘The Cultural Asset That Is the Book’

Our Publishing Perspectives readers will remember our announcement in September that Peter Kraus vom Cleff had taken over the role of president of the Federation of European Publishers, with Italy’s Ricardo Franco Levi as vice-president.

Today’s announcement (April 14) from the Börsenverein des Deutschen Buchhandels, Germany’s publishers and booksellers association, is that vom Cleff has also been named the Börsenverein’s managing director, with a start date of January 1.

Vom Cleff will succeed Alexander Skipis, who will leave the post with more than 15 years’ service in the role. The organization’s board is reported to have been unanimous in its choice of vom Cleff to succeed Skipis.

The Börsenverein is a particularly pivotal institution in Germany’s business and art of book publishing. Both Frankfurter Buchmesse (this year October 20 to 24) and MVB operate under the association’s holding company. In addition to its policy work and many activities, the Börsenverein awards the annual Peace Prize of the German Book Trade, the German Book Prize, and the much newer German Nonfiction Prize.

And vom Cleff will bring the benefit of long practical experience to his new post, having worked in various houses of the Holtzbrinck publishing group for more than 20 years. Most recently, he was commercial director with Rowohlt Verlag, a position he assumed in 2008. Prior to his work in the book publishing business, he served as an economist for five years with Mannesmann-Demag AG, which is based in  Renningen.

In prepared comments on today’s announcement, Karin Schmidt-Friderichs, chair of the Börsenverein, is quoted, saying, that by appointing vom Cleff, “We have been able to enlist an outstanding leader in the book industry for this position of responsibility.

“Together with him, we aim on one hand to stay on track in these challenging times, while on the other hand finding new compelling solutions to the challenges posed by digitization and the coronavirus COVID-19 crisis.

“I’d like to thank Alexander Skipis for his many years of successful service for the association. He has played a major role in ensuring that the voice of the German book industry is heard both nationally and internationally.”

And vom Cleff, in turn, says, “It’s a great honor for me to succeed Alexander Skipis. It’s a great endeavor to continue the Börsenverein’s rich and successful tradition and at the same time to take up new socio-political and technological trends in order to make the cultural asset that is the book, fit for the future.

“It’s an undertaking I look forward to with respect and confidence in a successful collaboration with the highly-qualified team of the Börsenverein and its many voluntary supporters.”

Born in Wuppertal, vom Cleff joined Holtzbrinck in 1999, initially working in project management in trade publishing. Starting in 2002, he was made commercial managing director of the Kindler Verlag. Between 2004 and 2008, he was also managing director of  Hanseatische Gesellschaft für Verlagsservice mbH.

At the Börsenverein, vom Cleff has been the publishers committee’s deputy chairman since 2012. His work with the Federation of European Publishers, which led to his designation as president last autumn, began in 2017.

One of the programs coming up at the Börsenverein is a “Freedom of Expression Week,” running May 3 to 10.  We’ll have more on that effort going forward.

More from Publishing Perspectives on the German book market is here and more on the Börsenverein des Deutschen Buchhandels is here.