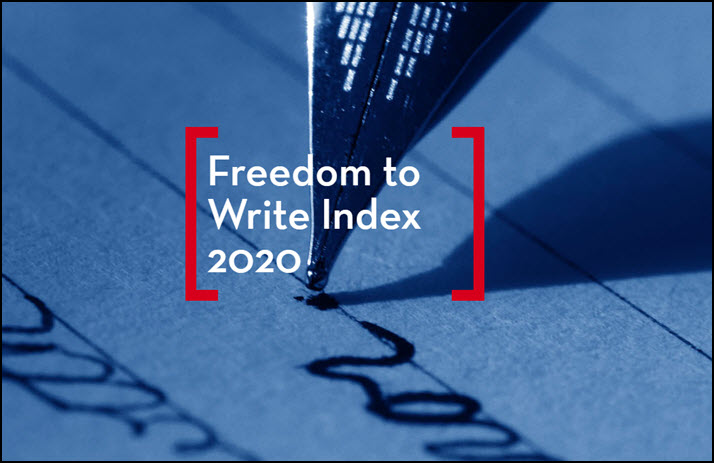 The second edition of PEN’s Freedom to Write Index sees an alarming jump in writer detentions from 238 detainees in 2019 to at least 273 in 2020, in 35 countries. 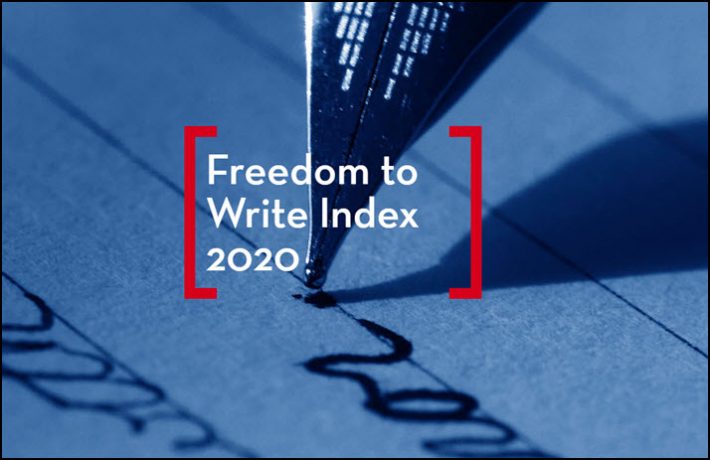 Writers, it’s asserted in the opening essay of PEN America’s new Freedom To Write 2020 assessment, released today (April 20), “have played an essential role during the coronavirus COVID-19 pandemic, analyzing and critiquing government responses, documenting personal experiences, and shocking us into recognition that we must not return blindly to patterns of the past.”

And the trend toward autocratic government, racism, xenophobia, nationalism and, in some cases, outright fascism, has found writers frequently vulnerable as governments and leaders “have used the pandemic and [racial and other] protest movements as an excuse to further constrain rights rather than expand them; they have wielded laws about disinformation as a means of silencing the truth; and they have specifically targeted those with the power to imagine and inspire.”

So it is, the report asserts, that in 2020, “At least 273 writers, academics, and public intellectuals in 35 countries—in all geographic regions around the world—were unjustly in prison or held in detention in connection with their writing, their work, or related activism.”

“The top three countries—China, Saudi Arabia, and Turkey—still accounted for a majority of cases,” the report has it. Those three markets, PEN says, held 50 percent of the world’s detained writers. And that was down from their position as the main holders of 59 percent in 2019.

“Meanwhile,” the report relates, “numbers increased in Iran and Egypt, and expanded dramatically in Belarus, which accounted for zero cases in the 2019 index, but now ranks as the fifth worst jailers of writers and intellectuals, with 18 documented cases, 7 percent of the total, as a result of a brutal post-election crackdown on mass protests that has also targeted translators, artists, and other cultural figures.”

Belarus: Suddenly No. 5 in World Detentions 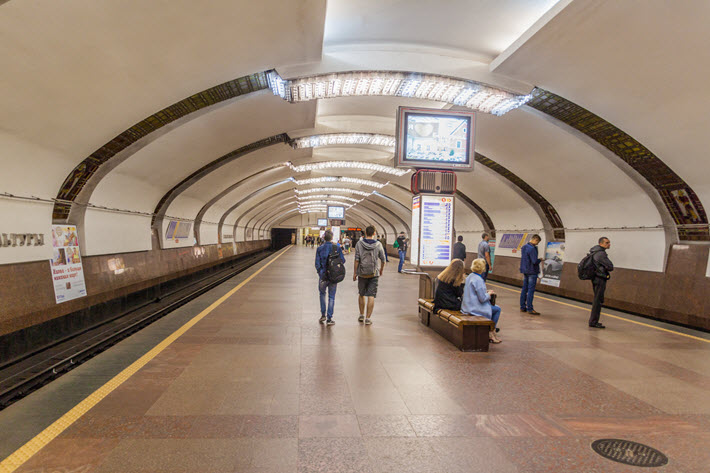 The searing danger and repression experienced by cultural workers including writers in Belarus is particularly well known to Publishing Perspectives readers, and just hours prior to this article’s publication, BBC news has reported, Russian president Vladimir Putin has referred to the Belarusian situation, alleging Western efforts to create instability in Russia and Belarus. Putin continues to back Alexander Lukashenko, accused by protesters of election fraud on August 9.

On Sunday, Politico Europe’s Sergei Kuznetsov reported on Russian FSB allegations of a planned military coup and assassination plot against Lukashenko, backed by the Biden administration in the States. The US State Department denied the allegations as “absolutely untrue.”

Now, it turns out, Belarus is in the ignominious position of having become the leader in new detentions brought to light in this report: “The largest number of new cases of writers and public intellectuals detained or imprisoned in 2020 came from Belarus,” the report announces, “where the cultural community has played a leading role in the protests that followed the August 2020 presidential election, in which Alexander Lukashenka claimed victory despite election monitors concluding the election was ‘neither free nor fair,’ and the European Union rejecting what it called the ‘falsified’ results.” 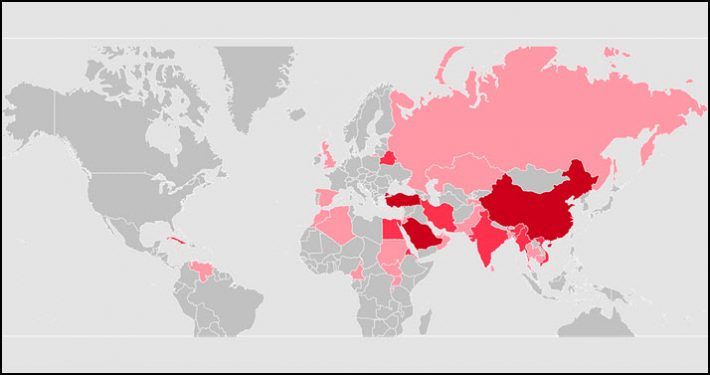 Far beyond such a hotspot as Belarus, however, the numbers of detentions are striking.

Included here is the case of author Pham Doan Trang, formerly a key member of the clandestine press called the Liberal Publishing House in Vietnam. As we reported, she was arrested in Ho Chi Minh City in October, prior to a planned digital appearance at Frankfurter Buchmesse with the International Publishers Association, which had given the press its Prix Voltaire for valor in the face of oppression.

PEN’s analysis highlights several points, including the most prevalent professions of those incarcerated:

Of last year’s 273 detainees, two died while in custody, three died following their release, and 176—roughly two-thirds—”remain in state custody at the time of this report’s publication,’ according to a pre-release look at the report provided to Publishing Perspectives.

And much more information and discussion is available in today’s newly released 2020 report. Find the full Freedom To Write Index report here.

Our report on last year’s inaugural Freedom To Write Index is here.

More from Publishing Perspectives on freedom of expression and publication is here. More from us on PEN’s work is here.