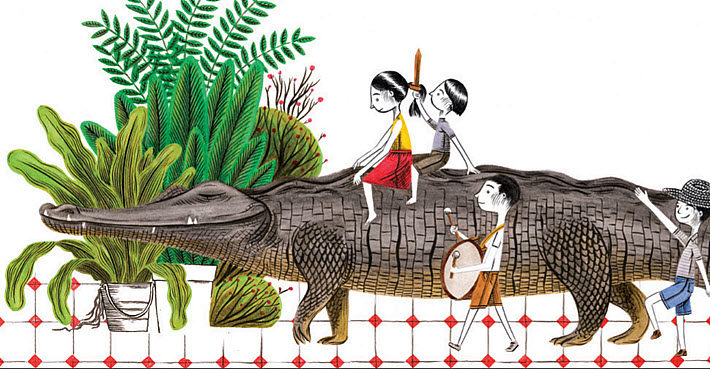 On IBBY’s International Children’s Book Day: books on Amazon Crossing Kids’ list this year include titles from Asia for the first time, as editor Marilyn Brigham looks to expand the imprint’s range.

A detail from the illustrations by Ramón París for María Eugenia Manrique’s ‘The Caiman,’ releasing July 1 from Amazon Crossing Kids. Image: ACK

Update: Today (April 2) is International Children’s Book Day, as designated by the International Board on Books for Young People (IBBY). Read more about the focus here.

Marilyn Brigham: ‘The Connectedness of All People’

Something we touched on in our March 22 interview with Enchanted Lion Books’ Claudia Zoe Bedrick quickly comes to mind as Amazon Crossing Kids editor Marilyn Brigham talks through the imprint’s list of titles for 2021.

Here is the Astrid Lindgren Memorial Award-winning South Korean author-illustrator Heena Baek, for example, with Magic Candies, set for release in an English translation by Sophie Bowman on September 1.

And here’s the Chinese author Wang Yage, whose Lunar New Year-themed Playing with Lanterns is illustrated by Zhu Chengliang and scheduled for a release in Helen Wang’s translation on December 7. 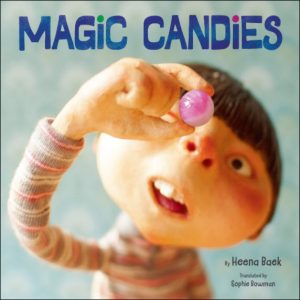 Preparation for these releases goes forward as Terry Tang and Deepti Hajela at the Associated Press write today (April 1) of how Asian-American groups in the United States–engaged in “patrolling, escorting, chaperoning” each other for safety from attacks—are trying not to let this week’s assault on a 65-year-old Filipina-American woman who was walking to church in New York City discourage the community’s supportive efforts.

“Asian-American activists say Donald Trump is partly to blame because of his rhetoric around COVID-19, which he frequently referred to as the ‘Chinese virus.’ They say he gave license for people to show racism that was already present and rooted in decades of anti-Asian sentiment in the United States.”

Bedrick at Enchanted Lion spoke of being “convinced by the power of cultural exchange to inspire curiosity, awareness, and wonder in children everywhere. We reach across time and oceans to find new authors and old treasures to share with a new generation of readers.”

And here now is Brigham at Amazon Crossing Kids, the children’s translation imprint of Amazon Publishing, pointing out, “We have some of our first books from Asia, which is really exciting.”

And well-timed. It would seem that the arctic tern who appears in the Amazon Crossing logos is keeping her eye out for what may be helpful as so many cultures grapple with these darkening dynamics of xenophobia and racism.

‘Trying To Find That Needle in a Haystack’ 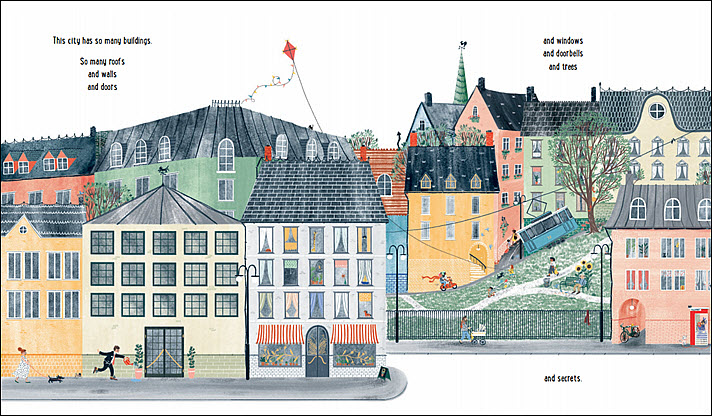 The adult hostilities shaking a world that daily watches the trial of a white police officer charged with killing a Black citizen of Minneapolis might quietly, slowly be diminished when young people read I Am You: A Story About Ubuntu by South Africa’s Refiloe Moahloli with illustrations by Zinelda McDonald. That one will be out early next year from Amazon Crossing Kids, on January 22.

And just out on March 1, Agnes’s Place is by the Norwegian writer Marit Larsen in Kari Dickson’s translation and with Jenny Løvlie’s illustrations.

Coming on July 1, The Caiman by Venezuela-born, Barcelona-based María Eugenia Manrique owes its charmingly arresting illustrations to Ramón París and is translated by Amy Brill. 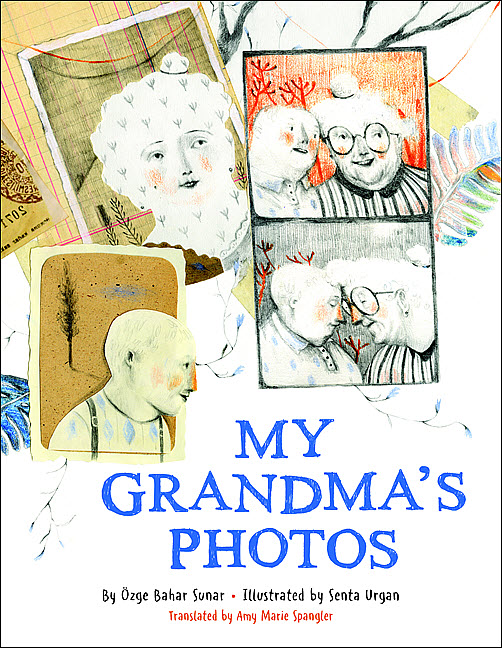 And on October 5, the Turkish author Özge Bahar Sunar’s My Grandma’s Photos, with Senta Urgan’s clever design and illustration, will be released in Amy Marie Spangler’s translation.

One of the themes that surfaces in the list Brigham has built for Amazon Crossing Kids this year has to do with children in lonely situations–an only child, a kid not adept at how to make friends, a youngster who feels out of place, even out of time, not quite aligned with her or his world.

As Brigham talks, you hear her describing the dazzling dimensions something like this can take on, for example, in the Korean book Magic Candies.

“A little boy goes to the store to get marbles and ends up finding these candies that look like marbles,” she says. “And when he eats them he can suddenly hear voices. He can hear his dog speaking. He hears his dead grandmother. He hears his dad, which is actually really sweet.

“The book is a good mix of funny and sweet,” she says, as parental instructions come across–”Make sure you have your stuff for school”–along with messages from the boy’s father: “I love you.” And when the last candy is gone, this little boy, a bit of loner, is left making a friend. Perhaps no more voices are needed.

By contrast, the Turkish book My Grandma’s Photos brings together a child and an grandparent over photos that can jog the aging woman’s memory. “That’s you, Grandma,” Brigham says in three words that perfectly explain the book’s potential importance to a young reader who may be confronting dementia in an elderly loved one. 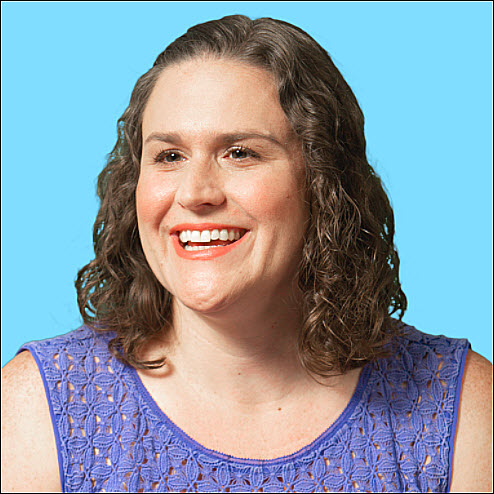 Amazon Crossing Kids is growing this year, with five titles planned. Just three years old now, the imprint had three releases in each of its first two years.

The biggest challenge, Brigham says, is in “trying to find that needle in a haystack” to get the quality and value in the books selected for the imprint’s work. “We’ve been really trying to expand the regions that we’re covering, making sure that we have a good variety, and that means making new connections in those other areas.”

In addition to the first Asian titles this year, Moahloli’s book from Johannesburg will be the imprint’s first entry from Africa.

“It’s about the connectedness of all people,” she says, echoing Bedrick’s comment that the books children may most need to read are ones that “help them feel that this world we share, with all its surprising, wonderful complexity and beauty, is home.”

And Brigham is well aware that picture books aren’t all that’s needed in a world of so many evolving dynamics. “We’re going to start being open to fiction for older kids,” she says.

For industry professionals who have their sights on good material, she adds, “I’d love to find something from Greece or Croatia, some of the areas we don’t see translated so frequently.”