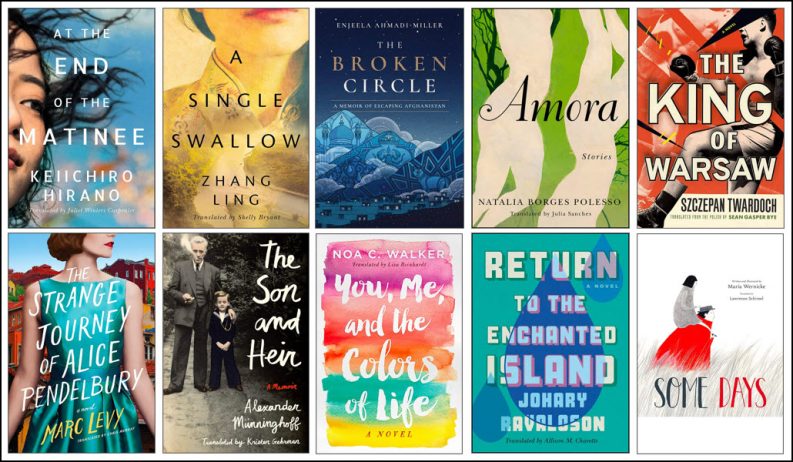 To celebrate World Book Day, Amazon Publishing is offering ‘At the End of the Matinee’ by Keiichiro Hirano and other translations for free download through April 24. 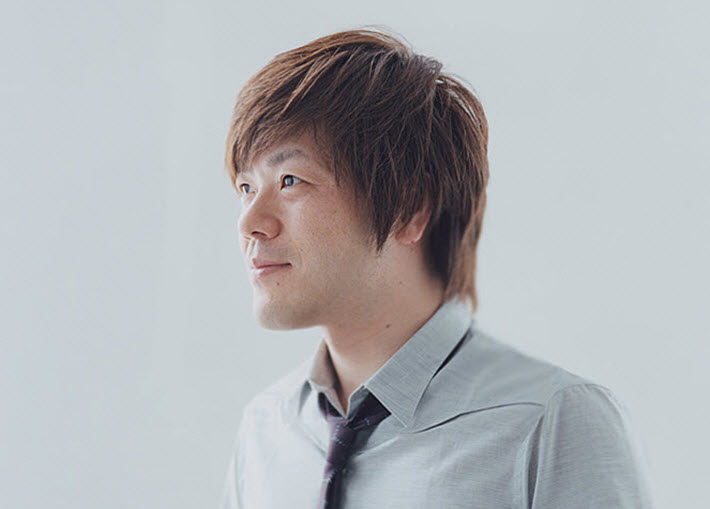 The author of At the End of the Matinee leans in and sports a slightly impish smile when he hears a question he likes to answer.

Better in English than he gives himself credit for being, Keiichiro Hirano, has heard the phrase “language of relationships” in an interview with Publishing Perspectives from his home in Japan. He’s being asked through the exacting interpreter Beth Cary about the modulating personalities in his books—intelligent, shifting souls who seem to surprise themselves as much as his readers as they move from one guise to another.

“I think of an individual as not being indivisible,” Hirano says, his emphases carefully delivered by Cary. “They’re dividual.”

One personality, he says, “can be divided into multiple characters, depending on who they’re relating to at the time. And that’s how I try to write the distinctive ways that people relate to each other in our lives. Each of us has different aspects within ourselves, as we relate to other people.” 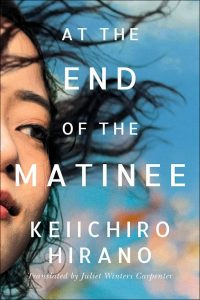 Today (April 15), as the publisher opens its fourth annual World Book Day offer of 10 free books, Amazon Publishing has released Juliet Winters Carpenter’s new English translation of At the End of the Matinee in what might be a wink from Amazon Crossing editorial director Gabriella Page-Fort about literature in translation. Like the luminous personalities in Hirano’s books, no culture is one thing, no language ever holds still, and no story cannot travel across waves and landscapes of interpretation, spinning and turning in dividual ways that depend on your perception as the reader.

Hirano’s already burgeoning career saw At the End of the Matinee sell close to 600,000 copies  in its original Japanese publication. And overall, his team estimates that Hirano-san has sold more than 2 million copies of his books internationally.

Today, those numbers are getting another boost, as readers in more than 200 countries and territories—and across Amazon Stores where Kindle books are sold—all come online and begin downloading his book at no charge, something you can do, too.

Having opened across all time zones now, the “Discover World Book Day” page is live worldwide, Seattle confirms, through April 24—the day after the United Nations’ World Book and Copyright Day, when Tbilisi will be named UNESCO’s World Book Capital 2021.

And this year, the World Book Day offer at Amazon is richer than before, carrying not nine but 10 titles. They include not only Hirano’s new release but also a title by France’s household name Marc Levy; an Amazon Crossing Kids children’s title from Argentina; the second book ever to be translated into English from Madagascar; and one title from Amazon Publishing’s literary imprint, Little A, a harrowing tale of escape from Afghanistan—amid this week’s news of the United States’ withdrawal, a book now carrying unexpected timeliness. 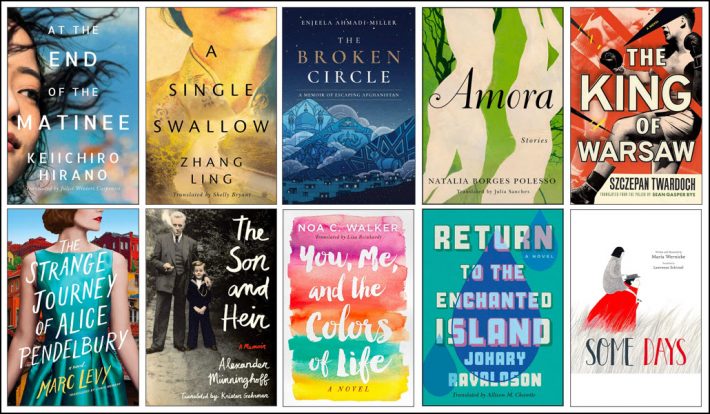 Here’s the complete list of books now available for download, free of charge, until April 24 at 11:59 p.m. Pacific Daylight Time:

In its previous three years, Amazon Publishing’s World Book Day offer has been accessed by more than 1 million people in 186 nations and territories. Hashtagged again as #ReadTheWorld, this year’s collection draws on work from Africa, Asia, Europe, and South America. And by offering 10 books this time, the total of the four years of this event now comes to 37 books from 22 countries, spanning every continent except Antarctica.

We should mention that still another Amazon Crossing translation is available free of charge at the moment to Amazon Prime members. The Amazon First Reads program this month is featuring the Mexican author Sofia Segovia’s Tears of Amber. Segovia’s haunting The Murmur of Bees was the most-downloaded title in the 2019 World Book Day offer, and Tears of Amber is translated to English, as was The Murmur of Bees, by UK-based Simon Bruni, whose work is familiar to many Publishing Perspectives readers and fans of Paul Pen’s novels. 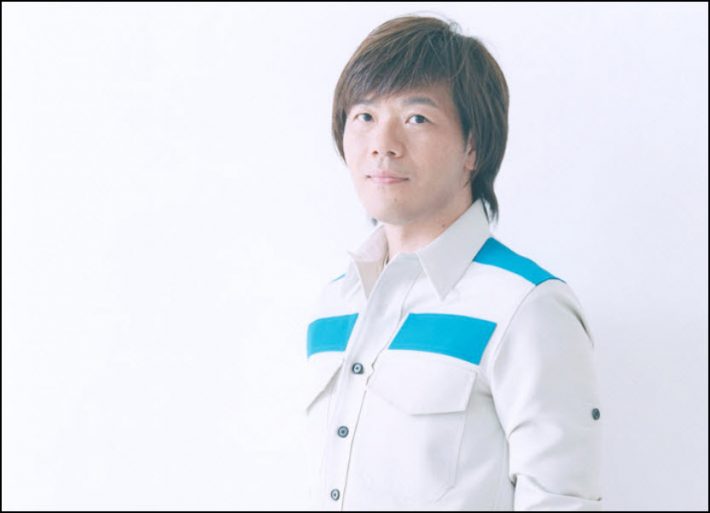 The tricky part of Keiichiro Hirano’s dividualism, of course, is that as a person moves through various evocations of her- or himself, “We may not know we have these different aspects of ourselves,” he says in interview. He sounds like a young Harold Pinter: “They may be the truth or they may not be the truth.” 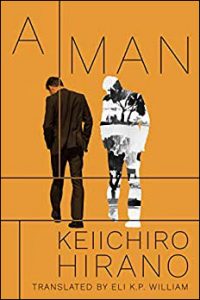 That curious flicker of uncertainty around who others are—and who we are—is in play in Hirano’s A Man, which is not part of the World Book Day offer but has also been published by Amazon Crossing in a 2020 English translation by Eli KP William.

In that book, a woman discovers that her deceased husband was not at all who he said he was. An investigation leads attorney Akira Kido on a Hitchcock-like journey in which neither the assumed identity of the dead husband nor details about the person he claimed to be are clear.

For those who enjoy audiobooks, Brian Nishii narrates both A Man and At the End of the Matinee with a concise respect for what Hirano is doing in his work.

The winner of Japan’s prestigious Akutagawa Prize in 1998 at age 23, Hirano is a well-traveled author who has served as Tokyo’s cultural envoy to Paris. He won the Watanabe Junichi Literary Prize for At the End of the Matinee in 2017 and the Yomiri Prize for A Man in 2019, as well as the Prix Deux Magots Bunkamura in 2009 for Dawn.

If you’re new to Hirano’s work, there are two things that can help you begin to explore his work. One is his self-awareness, and another is a pronounced evocation of that dividualism presented in the central character. 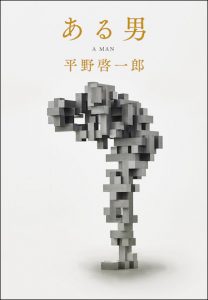 He’s an unusually lucid writer. So observant is Hirano of his own development that he divides his work into four periods:

Underlying his work is a gift for crafting central characters who seed each story with an organizing element of multiple selves. And yet Hirano succeeds as an artist, a rare one whose work is based in a dialectic and yet overcomes the framework of that model to reach the reader in compelling, moving narratives.

At the center of At the End of the Matinee is Satoshi Makino, a hugely popular classical concert guitarist who meets a journalist, Yoko Komine. Many star artists in music are familiar with a fundamental distinction in their public and private selves–immediate dividualism, if you will, as a springboard. And in A Man, the investigator Kido senses a tug of duplicity in himself, an empathy not unknown in his trade, making the novel a kind of identity thriller, both unnerving and fascinating.

Carpenter: ‘There’s a Truth to It’

“We’ve all experienced something like this,” says Hirano’s translator Carpenter, who joins our interview. “There’s a truth to it,” she says, adding that she’s currently reading Hirano’s True Intentions,  in which an artificial intelligence is at play. “I don’t know what it will be like with a robot,” Carpenter says with a laugh. 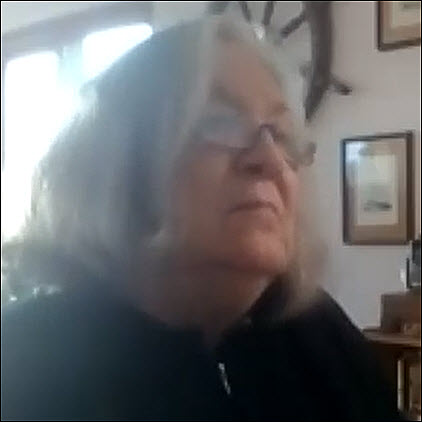 She’s the translator, among many other works, of Shion Miura’s The Great Passage (Amazon Crossing, 2017) and Minae Mizumura’s new An I-Novel (Columbia University Press, March 2).

Carpenter says that in translating At the End of the Matinee–reported to have sold more than 300,000 copies in Japan when released–Hirano was extremely helpful with references he’d used for the concert guitarist Makino. “Just what did Beethoven say?” she’d ask him. “And what is it that Glenn Gould actually said?” when Gould’s phrase about a soloist battling an orchestra is referenced in the book. 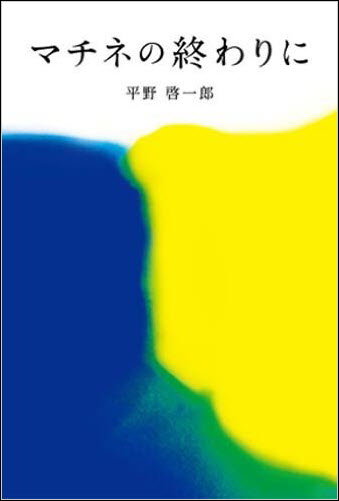 ‘At the End of the Matinee,’ original cover art

Hirano points out that knowing the Argentinian pianist Martha Argerich and some of her family members has also given him insights into the world of classical performance, which helps. “‘Genius’ is something of a 19th-century romantic concept,” he says, “but when I see some of these artists like Argerich and others in music, I think we can still use the term ‘genius’ to describe people.”

The author is, of course, aware of the mounting violence aimed in the United States toward Asians, at a time when some have latched onto Trumpist “China flu” rhetoric about the coronavirus COVID-19 pandemic.

“Each of us has a small diversity within ourselves,” Hirano says quietly. “If we could each connect to another person through some of those aspects, that would help.

“I may be Asian, but I’m also a father raising two children. I’m a Miles Davis fan. I like sushi. I like hamburgers”–his eyes brighten as Cary relays the word in English.

“That commonality–a small commonality that we might have with people of other countries and cultures–can help to reconfigure how we see and relate to each other. Not white vs. Black or Asian vs. American, but we can see that in each person, there’s this complex diversity. And on that level, we might see possibilities for the future.” 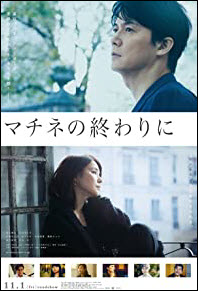 In a prologue to At the End of the Matinee, which is set in Tokyo, Paris, and New York, Hirano writes of knowing his characters in real life and disguising them for his novel.

“While fiction makes it possible to refrain from revealing some secrets, it is the only way to reveal others,” he writes.

“What name should I give the feeling that my friends had for each other? Was it friendship? Was it love? They maintained a strong relationship of trust that brought equal parts suffering and healing, and, at times, even a semblance of hatred; but investigating only the outer aspect of that relationship would tell us nothing.”

Reminded of those lines in interview, he says, “Our personalities, our own characters are the result of our lives.

“We aren’t born with a certain personality. We have many faces that we show. As we have relationships, they change us. If we decide, ‘This is my truth, my character,’ then we really limit the possibility of change when we relate to other people.”

Director Hiroshi Nishitani’s film of Hirano’s screenplay, Matinee, was released in 2019, starring Masaharu Fukuyama as the guitarist Makino and Yuriko Ishida as Yoko. And Keiichiro Hirano writes in a message to readers about the story, “It’s a tired world, but I want to pursue the spiritual joy that can only be obtained by reading a novel.”

More from Publishing Perspectives on World Book Day is here, more on Amazon Crossing is here, and more on translation and translators is here.