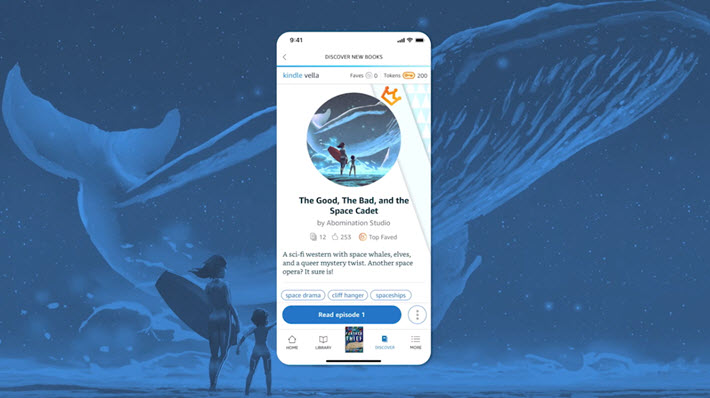 Related: Canada’s Wattpad Has Its First Film Project With Netflix

Serialization, and Writers Paid for Reads

The announcement on Tuesday (April 13) by Amazon that it’s opening a new program in which authors can produce serialized stories through the Kindle iOS app and on Amazon.com may draw a lot of responses of “what took them so long?”

Kindle Vella, as the new availability is called, is the latest soap opera on the block. Publishers will want to keep an eye on this, as it creates, almost immediately, a new dynamic in the Kindle Direct Publishing (KDP) space, which already facilitates the main locus of self-publishing activity among writers.

What can make Kindle Vella such a pivotal entry, of course, is Amazon’s reach as a retailer and its enormous stable of self-publishers, long in place with KDP.

Canada’s Wattpad, which was launched about a year ahead of the Kindle in November 2006, is very familiar to Publishing Perspectives’ international audience and now touts 90 million people among its worldwide monthly audience on its gigantic serialized-story platform, an average session averaging 52 minutes, coming to some 23 billion minutes being spent on the platform monthly, and 90 percent of those minutes being spent by Generation Z and millennial users, between 70 and 80 percent of them female. 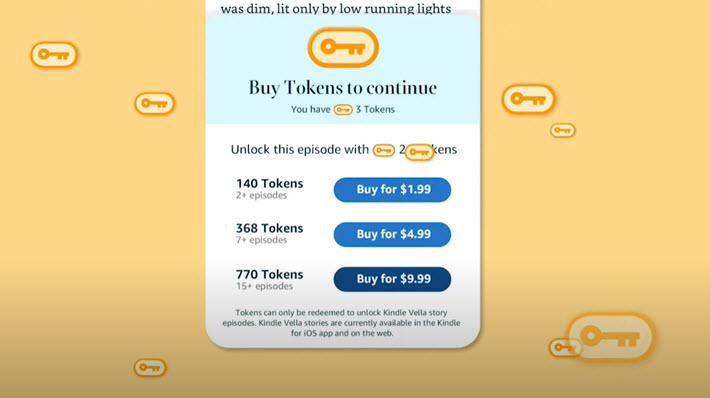 The immediate reaction of many aspiring and/or seasoned writers discussing Kindle Vella seems to be positive, mostly because there’s a mechanism for earnings in the 50-percent split of the take on “tokens.”

What kind of money this may represent, of course, at this point is conjectural. Assuming current promotional materials are accurate, it appears that a reader will pay US$9.99 for 700 tokens.

Should magnet readers appear, like the “Wattpad Stars” and other heavy hitters on Wattpad, a story’s audience can be vast. At Wattpad, a major hit writer’s followers can number in the millions.

The reader “experience” is described here. It’s expected that readers will be able to “experience” content via the Kindle Vella store “in the next few months,” presumably once the company sees enough content in place to charge for. Story installments can be made live at any time and will be viewable once the store appears.

It’s recommended that people doing the writing have at least five to 10 installments good to go before making a serialization ready “so readers can dig in right away.” Initial installments are to be offered free of charge to hook readers who then, it’s hoped, will resort to buying tokens to read more. Detailed information for people who want to write stories for the platform is here and content guidelines are here. Rights are retained by the author.

On community sites, potential writers of the serialized stories Vella will need are discussing many details still not nailed down. For example, it seems unclear how many tokens (and at what cost) will be required to view a section, and how many words that section might comprise. Initial messaging from Seattle sees an “episode” as having between 600 and 5,000 words.

We’ll embed the video introduction to Kindle Vella below, so you can see the way the concept is being presented to potential writers on the platform. 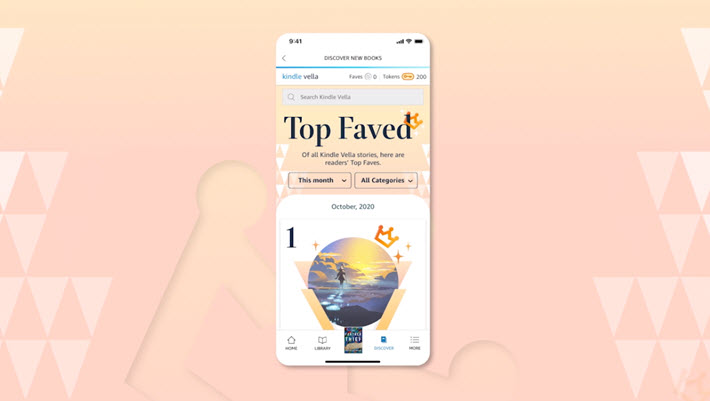 Needless to say, the success Wattpad has had in translating on-platform followings to film and television audiences for adaptations—and, in many cases, to book deals with established publishing companies in many parts of the world—is attractive both to writers and to Amazon.

Wattpad leads a flotilla of such serialization platforms.

In Asia, massive “online literature” sites of serialized storytelling make wealthy stars of the most successful writers, spur book deals and film and television production, and often are operated by the major retail sites.  Korean entrepreneur Seung-yoon Lee’s Radish platform reports deep inroads into the Chinese market, and Naver, which has acquired Wattpad as a balance to its comics-focused Webtoon platform, is based south of Seoul.

As recently as last week in our monthly look at bestsellers in China, we covered several strong contenders on the charts that are books that started as long-running serializations online.

Initially, Kindle Vella is to be offered only in the United States.

More from Publishing Perspectives on Amazon is here, on Wattpad is here, and on self-publishing is here.