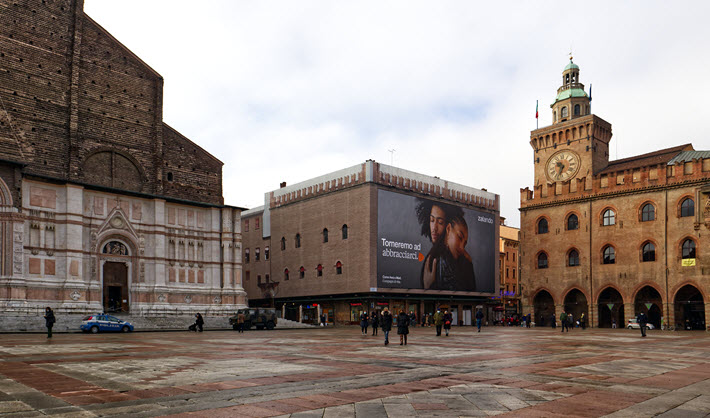 Noting ‘how fundamental it is to create collaborative networks and exchange expertise,’ the Italian publishers’ association signs on with BolognaFiere.

As some of our readers may have heard Jacks Thomas discuss in her Klopotek Publishing Radio podcast with Luna Tang and Dwayne Parris, the Bologna Book Plus event now attached to Bologna Children’s Book Fair is “in its most simple terms, a conference.”

Arranged as a sideline to the main fair, the program includes a rights training course, a translation workshop, publisher pitches, and something for self-publishing enthusiasts. It was created as a new adjunct to the Bologna trade show prior to the realization that the big event couldn’t be held in a physical form this year, even after moving its dates.

So, like the rest of Bologna Children’s Book Fair, it will be an entirely digital event during Bologna’s June 14 to 17 programming. While its logo can look unfortunately like a row of red tombstones nodding off into the distance, it’s actually meant to be an aqueduct, the walled portions of which are in white.

Today’s news (April 27) is that the Association of Italian Publishers (Associazione Italiana Editori, AIE) is partnering with the show’s producer, BolognaFiere, to promote Italian publishing abroad and organize “new initiatives for the world of books.” The two entities have signed an MoU, a memo of understanding.

As some of our most faithful readers know, content for children and young adults account for four of 10 Italian titles the rights of which are sold into other languages and territories, giving the such an obvious reason to be partnered up with Bologna that the only question left might be why BolognaFiere hasn’t knocked on AIE’s door earlier. Under the direction of the politically savvy Ricardo Franco Levi, the AIE has become one of world publishing’s most effective and forward-looking publishers’ associations.

The fit is especially good when you remember that much of the way Levi has leveraged the fortunes of the AIE during the coronavirus COVID-19 pandemic has been through calling Rome’s attention to the obvious education-culture-industry triad that makes a liaison with the world’s largest children’s book trade show a natural. From its “Why I Read” campaign that sees the population donate books to schools and libraries, to its pressure for support of the 18App program (in January and February, 18-year-olds spent 80 percent of their allocations on print books), AIE is simply a publishers’ association that knows how to work its market’s system. 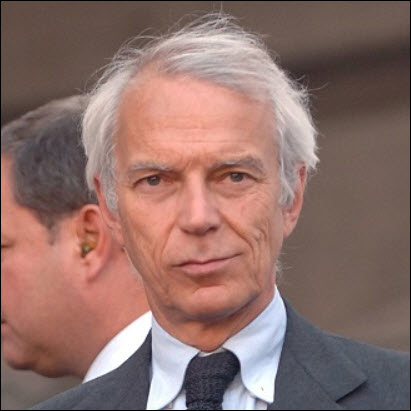 “This agreement with BolognaFiere,” Levi says today, “provides AIE with a major partner to help us achieve the key objectives of our association’s mission: promoting Italian publishing abroad and supporting the internationalization of our publishers.

“Recent years have shown how fundamental it is to create collaborative networks and exchange expertise.”

He refers to BolognaFiere as “an example of Italian excellence and one of the international companies that has most competently responded to the challenges the pandemic placed before the trade fair sector.

“For our part, we aim to give even greater support to publishing for children and young adults, a major, highly internationalized, business sector.” 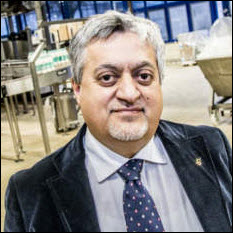 Speaking for the show, BolognaFiere president Gianpiero Calzolari says that the new accord “shows the extent to which we and the Italian Publishers’ Association have several objectives in common, first among them, promoting Italian publishing and the creative expression of authors at a global level.

“We’re fully confident that BolognaFiere’s international standing … together with the experience of Bologna Children’s Book Fair and the new initiatives planned and introduced over the past year in advance of the timetable on account of the pandemic, will pave the way for new visibility and business opportunities for a sector that already enjoys international market acclaim.”

As we’ve covered in our reporting on the Italian market, in value terms, publishing output for children and young adults accounted in 2020 for 17.3 percent of the trade market as sales were seen in bookshops, online retail, and large-scale distribution.

And a recent AIE survey on copyright imports and exports reports that 38 of every 100 titles by Italian authors sold abroad are books for children and young people.

And in terms of how this might fit into the Bologna Book Plus conference, “If you take this wonderful brand,” Thomas said in her podcast in March, “you enhance it with actually holding a mirror up to it, ensuring that the rest of the world sees all the great work that children’s publishing does, and where that fits in a wider general publishing remit.” 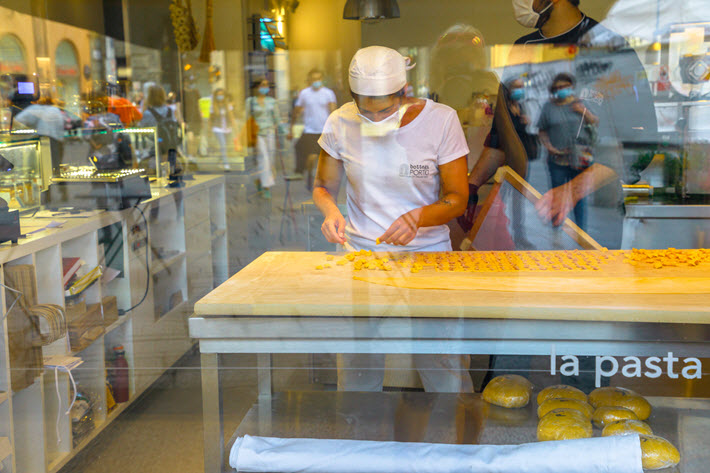 “Fourteen of the country’s 20 regions have been designated yellow zones, meaning there is a relatively low risk from COVID-19. Five are classified orange and one, Sardinia, red.”

In addition, CNN’s Delia Gallagher has an explanatory report (video) on how Italy’s vaccination woes appear to have related to a weak prioritization on the elderly.