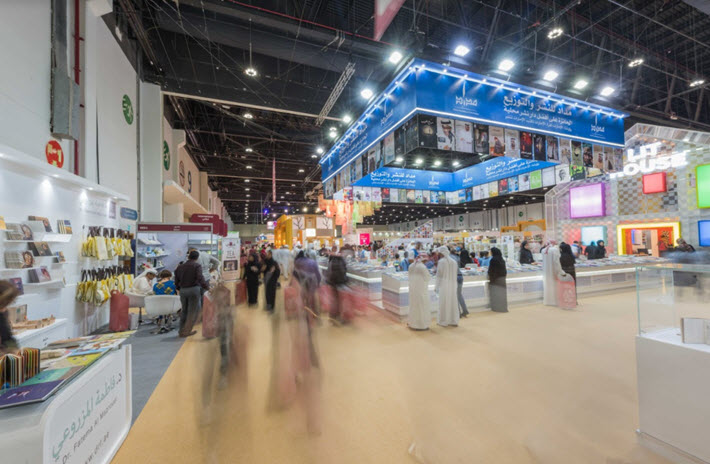 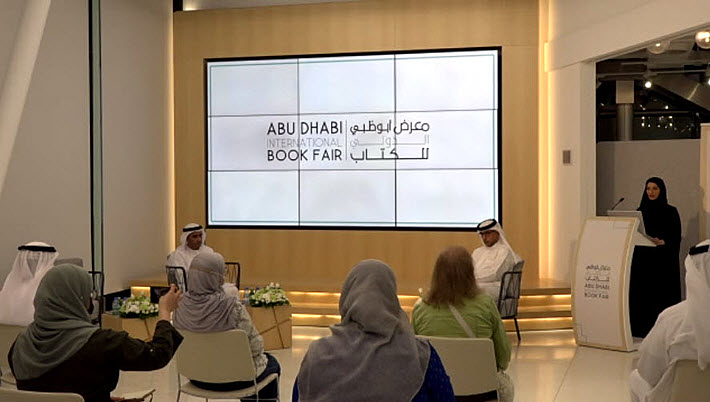 A Physical and Digital Book Fair

Among the largest and most influential of the Arab world’s book fairs, the  Abu Dhabi International Book Fair opens its 30th edition on May 23 to run in both physical and digital formats through May 29.

Publishing Perspectives readers are familiar with our years of coverage of this enormous show, which is set at the Abu Dhabi National Exhibition Centre and under non-pandemic conditions can host as many as 1,350 or more exhibitors, as it did in 2019, and offer more than 830 sessions and events for visitors, as it did in 2019. It’s said that the fair presents as many as 500,000 titles—at least in a normal year for the physical setting—under the patronage of the United Arab Emirates’ Sheikh Mohamed bin Zayed Al Nayan.

More highlights of this year’s fair include special events showcasing winners of this year’s Sheikh Zayed Book Award, and the announcement of the International Prize for Arabic Fiction, the most prestigious and important literary prizes in the Arab world. In addition, the book fair is offering significant backing for translation funding for Arabic and international publishers with grants to support 300 titles, ebooks and audiobooks, as part of its Spotlight on Rights Grants Program.

While the UAE’s 39th Sharjah International Book Fair in November was the largest of world publishing’s major shows to host a physical exhibition floor in 2020, the Abu Dhabi International Book fair this year becomes the first of the shows on that scale to stage a physical presence, particularly with trade shows including London Book Fair and Bologna Children’s Book Fair having announced all-digital evocations of their offerings in June.

Abu Dhabi’s organizers are announcing that they have the support of the emirate’s public health authorities in staging this year’s program with “strict coronavirus COVID-19 pandemic health and safety regulations in place.” And the program will stage more than 80 free sessions from  its cultural, professional, and educational programming. All events are expected to be streamed live so that international viewers can engage with sessions featuring authors, cultural personalities, publishing figures, and others.

This year’s fair also features the activation of a new framework for leadership, being produced under the auspices of the newly established Abu Dhabi Arabic Language Centre, which is based at the Department of Culture and Tourism.

In a news conference on Tuesday (April 27), leadership figures in the 2021 edition of the book fair included Mouza Al Shamsi, director of the Sheikh Zayed Book Award and executive director of the Abu Dhabi Arabic Language Centre. She told Publishing Perspectives that “as the organizing entity for ADIBF, the Abu Dhabi Arabic Language Centre, will bring an exciting contribution to this year’s edition as it looks to invigorate the fair’s offering and enrich cross-cultural and intellectual dialogue.” 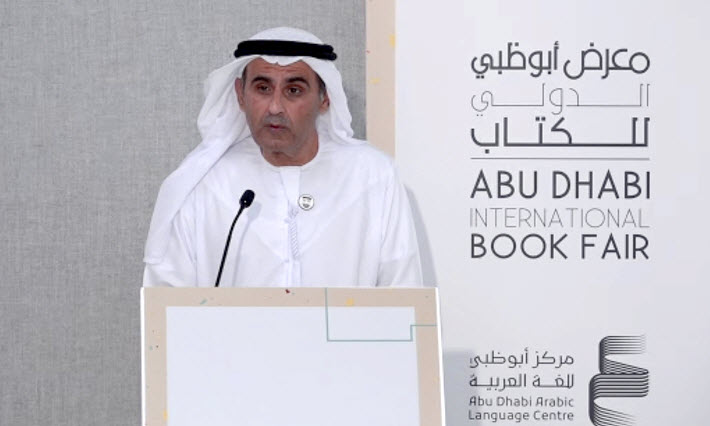 In the book fair’s news conference this week, Dr. Ali Bin Tamim—who chairs the Arabic Language Center and is secretary-general of the Sheikh Zayed Book Award—said to  journalists, “After a challenging year for the whole publishing community, we’re delighted to host the physical book fair next month and pleased with the large numbers of distinguished speakers who will be participating.”

“We’re especially proud of our initiatives to support publishers this year with the largest number of grants in ADIBF’s history to date”Dr. Ali Bin Tamim, Abu Dhabi International Book Fair

As many of our readers know, one of the most important elements of the world’s major book fairs is their support for regional and international publishing houses in business terms. A major book fair can account for a substantial part of a publisher’s sales each year.

In response to a question from Publishing Perspectives about the impact the pandemic has had on Arab world publishing and the importance of the Abu Dhabi International Book Fair in that regard, Tamim said, “Most certainly. The significance of platforms such as the Abu Dhabi International Book Fair is underscored by years such as 2020, in which the knock-on effect of the pandemic has reverberated through different industries and hit the publishing sector especially hard.

“These fairs are not only an opportunity for direct sales, but a hub where the industry can come together to consolidate efforts, explore new approaches to addressing challenges, share best practices, and come up with innovative solutions.

“We at the Abu Dhabi International Book Fair are especially proud of our initiatives to support publishers this year with the largest number of grants in ADIBF’s history to date. Under our Spotlight on Rights program, we’ve allocated 300 grants to supporting print, digital and audio books for publishers attending the fair physically or participating virtually.

“Through this initiative and a comprehensive set of incentives, we’re committed to providing a restorative economic and cultural space to those who take part in ADIBF this year. Simultaneously, we’re harnessing the power of technology to bridge gaps and further study innovative ways in which we can expand our reach and maximize opportunities using state of the art digital solutions.” 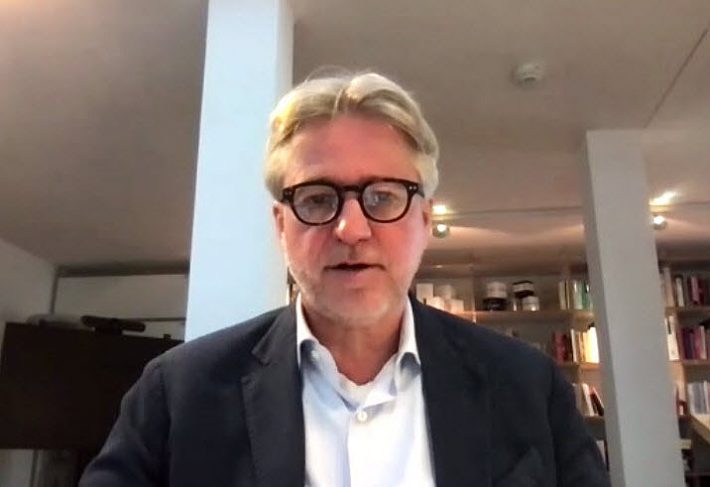 As Publishing Perspectives readers will recall from our story earlier this month, Germany is guest of honor for the Abu Dhabi fair. Under the uncertainty of the pandemic and travel restrictions, the program will create a hybrid digital program this  year—with a physical stand at the Abu Dhabi fair—and then return in 2022 with a full physical guest of honor pavilion in place.

During Tuesday’s news conference, Frankfurter Buchmesse president and CEO Juergen Boos spoke to the press, saying, “We decided to turn our participation into a two-year project” by doing this year’s hybrid program and the physical guest-of-honor turn next year, “and I’d like to extend my gratitude to our friends in Abu Dhabi for supporting this decision.

“Publishers from the Arab world are important licensing partners for German publishers, and we’re pleased with the continuing high level of interest” in Germany’s literature and book business. “We’re all the more pleased that we can use this year to initiate important contacts in the rights and licensing business digitally. Furthermore, we can still offer our exhibitors the opportunity to present their books at the stand.

“The cultural program—which is funded by the German Federal Foreign Office and organized jointly with Frankfurter Buchmesse, the German embassy in Abu Dhabi, and the Goethe-Institut in Gulf Region—will reflect the relationship between Europe and the Arab world.” With the engagement of authors and intellectuals from Germany, Boos said, the associated professional program will look at the range available for literary work in digital reading formats as well as in selling film and television rights to producers.

More details of the professional program and other aspects of the Guest of Honor Germany hybrid program will be available soon.

On the exhibition floor of the 2019 iteration of the Abu Dhabi International Book Fair. Image: ADIBF