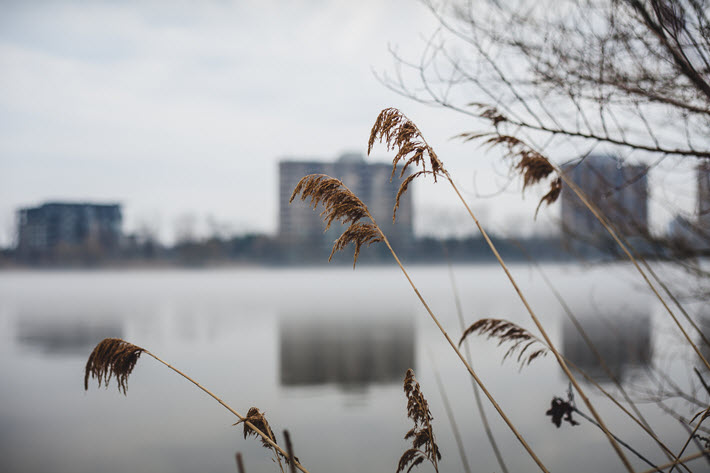 Three successful translations of contemporary classics from Québec are well positioned in the German market for Frankfurter Buchmesse and its Guest of Honor Canada program. (Sponsored)

The Montreal winter: In the borough of Verdun, a shot of Nuns Island, January 7. Image – iStockphoto: Isabelle Jette

If a modern classic can be defined as a book published at least 25 years ago and able to withstand the test of time, then publishers in Québec have a number of them.

Three recently were translated into German and have been published or are about to be launched in the context of the Guest of Honor Canada program at Frankfurter Buchmesse—both its 2020 digital iteration and the coming physical program (October 20 to 24). 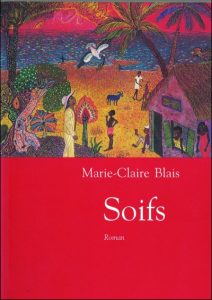 “Boréal had modern classics in their backlist that were masterpieces,” Lefebvre says. “I started to work on getting them rediscovered. Beginning with my first trip to Frankfurt, I sold rights to Marie-Claire Blais’ work. Her writing in the [ten-book] cycle beginning in 1995 with Soifs is prescient.”

Soifs is set on an unnamed island similar to Key West, Florida, home to the author since the late 1980s. On the book’s island, stories of anxiety-ridden characters interlace in a unique form of narration. 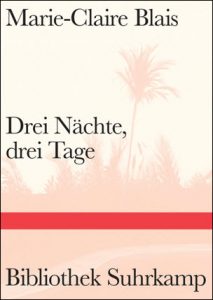 To date, the translation has sold 5,000 copies, which Erbrich says is “very successful, considering that the author was previously unknown in Germany and the writing is very literary.”

Marie-Claire Blais, who has been nominated as a candidate for the Nobel Prize in Literature, will be part of Canada’s official delegation to Frankfurt in 2021, and Erbrich at Suhrkamp says they’ll happily benefit from a second wave of interest in the book.

Atwood: A Novel ‘Way Ahead of Its Time’ 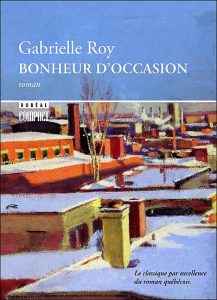 Another classic read by most high school students in Québec, is Gabrielle Roy’s first novel, Bonheur d’occasion (which appeared in English as The Tin Flute, Penguin Random House Canada), published in 1945 and also on Boréal’s backlist.

The book describes Montreal’s working-class neighborhood of Saint-Henri during the Second World War and the quest for happiness by the district’s desperately poor inhabitants.

The film edition was released in 1983 with Claude Fournier directing the screenplay he co-wrote with Marie-José Raymond. The film won Best Canadian Film in the Montréal World Film Festival and was nominated in France’s César Awards for Best French Language Film. 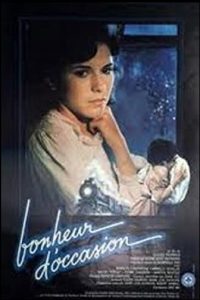 Bonheur d’occasion, called Gebrauchtes Glück in German, is Aufbau Verlag’s first book from Québec and will be published in September 2021.

Aufbau editor Johanna Links delayed the initial publication date amid the coronavirus COVID-19 pandemic, but says there’s already a buzz about the book.

A young translator, Annabelle Assaf, brought Roy’s novel to Links’ attention.  Links in turn brought veteran translator of Québécois literature Sonja Finck on board, and Finck and Assaf collaborated on the translation.

“It’s perfect for our collection of modern classics,” Links says, adding that she  hopes Margaret Atwood—also a fan of Roy and part of the Canadian delegation—will give the novel a boost at the coming Buchmesse. Atwood, in fact, has contributed a blurb—”a novel way ahead of its time”—to the Aufbau translation. 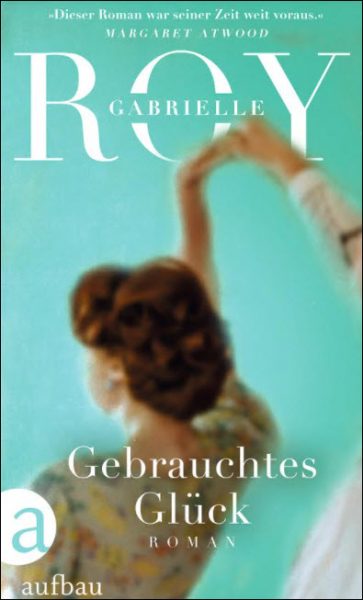 “It’s about social injustice,” Links says, “written as an extensive scenario. It’s realistic and psychological and gives insight into what life was like for women and the poor in the 1940s.”

For translator Sonja Finck, “Another historic era is a bit like a faraway land that can’t be visited. To describe a place well, you have to be able to grasp its atmosphere,” she says. “Ideally, you have to know what the streets, houses, and shops actually looked like.”

Both she and Assaf know Montreal well, and relied on photographs of the neighborhood from the 1940s for their translation. Moreover, adds Finck, “I’m lucky to have a mother-in-law from Québec who was born in the 1930s, and she was able to answer many of my questions.” 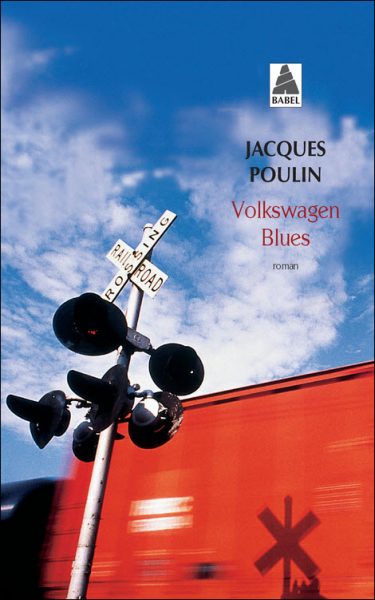 Inasmuch as Bonheur d’occasion takes place in a strictly urban setting, Jacques Poulin’s 1984 Volkswagen Blues (originally published by Québec-Amérique) is often called a seminal work and takes the reader on a road trip from the Gaspésie province of Québec to San Francisco.

Fiction editor Lena Däuker at Hanser Verlag published Poulin’s book in August 2020, the title unchanged, translated by Jan Schönherr. Because the press showed interest in the book, Hanser decided not to delay publication, Däuker says, adding  that it’s the first book from Québec that Hanser Verlag has published. Michael Ondaatje is one of the publishing house’s authors from anglophone Canada.

As a participant in a 2016 fellowship in Québec, Däuker thought at the time, she says, that “It would be great to find a cult novel and one that had never been translated into German.”

Volkswagen Blues ticked all the boxes. 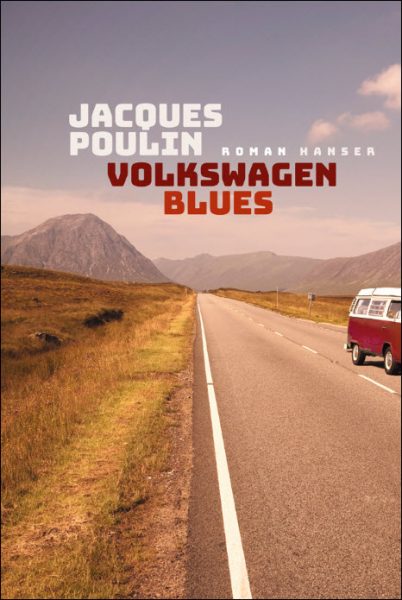 “It’s a book about literature, with Jack Kerouac hovering in the background.”

Bookshops in Germany were enthusiastic about the book, Däuker says, and so far some 5,000 copies have sold. For the 2021 Buchmesse, Hanser Verlag will promote the book again and place extracts in media outlets.

“I have hope that this book will live a long life,” Däuker says.

“To see these three modern classics appear in German is very interesting,” says Québec Édition’s Sébastien Lefebvre. “There’s definitely room to develop and capitalize on our efforts so that these classics can have a second life. But selling modern classics is like a marathon, you have to be patient.” 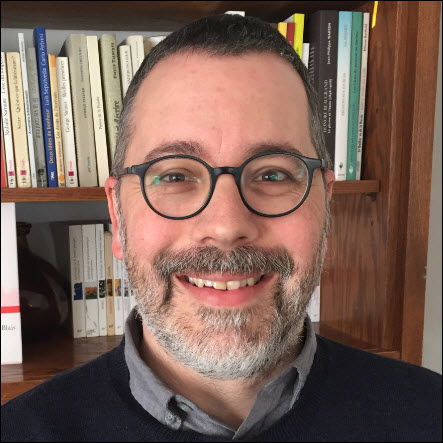 This was certainly the case for German author Hans Fallada, whose 1947 Alone in Berlin (Jeder stirbt für sich allein, Anaconda Verlag)  about the German resistance became an international bestseller thanks to Michael Hofmann’s 2009 translation nearly 65 years after it was originally published.

From left are Sabine Erbrich, Johanna Links, and Lena Däuker

More from Publishing Perspectives on Québec and its publishing industry is here, more on the Canadian market is here, and more from us on publishing and the French language is here. More on Frankfurter Bucvhmesse is here.