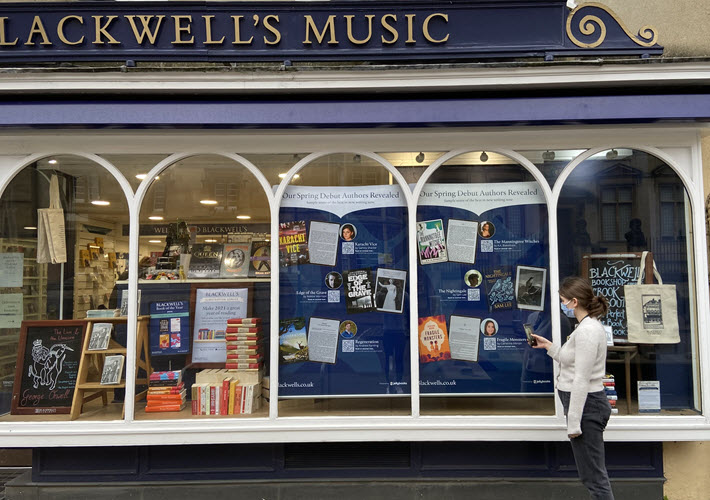 The familiar Amazonian preview called ‘Look Inside’ gets a storefront cousin from Jellybooks Discovery, using QR codes to offer samples.

QR Codes Put ‘Peek Inside’ on the High Street

Almost 20 years ago, in the autumn of 2001, articles were moving about something called “Look Inside the Book” on Amazon.com. “With thanks to publishers—plus a healthy dose of innovation—we’ve created an even better way to showcase books online,” said Jeff Bezos in a squib published at Writers Write. “Flipping through a book’s pages online is a unique, powerful way that our customers can find and discover books they’d like to buy.”

Two decades later, Jellybooks founder Andrew Rhomberg is today (March 11) introducing a QR-code edition of the “Look Inside” concept for bricks-and-mortar booksellers. Passersby can scan QR codes displayed in the shop window, get a “peek inside” preview of a particular book, and then buy that book from the store online.

Of course, it’s particularly good timing where shops are closed under various levels of coronavirus COVID-19 pandemic spread-mitigation restrictions. Keeping an actively changing display of inventory in shop windows could become a more actionable process, with customers able to examine those books and order them.

The system is being demonstrated in Oxford, UK at Blackwell’s big store on Broad Street for six titles. The branding Rhomberg has selected for this new program is “Discovery.”

“Discovering new writers and books,” he says in a prepared statement today, “is one of life’s greatest pleasures, and creating Discovery has been a major ambition of ours.

“By offering the functionality to browse books on a phone, tablet, or computer and then purchase them directly from a local bookshop, we hope that Discovery will not only inspire readers but help booksellers recover after such a difficult time.

“We encourage every reader to visit the Blackwell’s website today, browse all the great books on offer and use the opportunity for a peek inside to discover their next read.”

He tells us that grants from Innovate UK and Arts Council England went into the development of Discovery, which is free of charge to bookshops and other retailers. 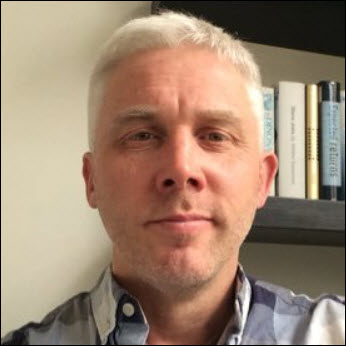 “As in Germany,” Rhomberg says, “publishers pay a modest fee to use the platform, both for their own site” into which Discovery is integrated “and to enable the distribution of the ‘peek inside’ feature to lots of retailers as a means of sales support for retail channels. The business model is basically that of a software-as-subscription-service (SaaS).

“The price list is in fact public,” Rhomberg says. “It’s an annual fee of £2 (US$2.79) to £10 (US$13.97) per book, although it’s free to all publishers of any size from today to September 10 as a risk-free way of testing the effectiveness of online samples to boost sales. For most books, you need to sell only one extra copy per year to generate a return-on-investment.”

More extensive pricing information is here. We note that territorial restrictions are available to publishers through the ONIX feed “or by configuring availability in the Jellybooks ‘Candy’ dashboard.”

“All aspects are cloud/browser based,” he adds. “Even the ebook reading is entirely browser based.” Unlike the book2look program, he says, Discovery is “entirely ePub and not pdf-based.”

There are six books from Blackwell’s being used in the demo, each one of the company’s “spring debut authors” group.

Links following each title are to the Discovery “peek inside” information that can be had by a pedestrian at the store window, to give you an idea of what that potential shopper will see.

Blackwell’s own presentation of these six titles is here.

Speaking for the test store in Oxford, Blackwell’s area manager Rebecca Chatwell is quoted, saying, “One of the special joys of bookselling is seeing a customer pick up a book, open it, and become immersed in it, before taking it to the till.

“We can’t get people back into the shop to recreate that moment yet, but this innovation means we can now offer a flavor of the content of a book through your screen, wherever you are in the world.”

A large group of publishers is partnering with Blackwell’s and Jellybooks on the pilot runs for Discovery. In addition to those listed above with their titles, those houses include Barbican Press, Cambridge University Press, Comma Press, Hope Road Publishing, Impress Books, and Orphans Publishing.

A Note on Branding

In case you’re familiar with Jellybooks’ original pattern of naming its products and initiatives for candies, we learn from Rhomberg that the development of Discovery was initially called Project Black, as in blackberry. But while the company’s data portal/dashboard for publishers still is called Candy, it seems that there’s been a quiet renaming effort underway to leave some candy wrappers behind.

Rhomberg adds that on the Candy dashboard, users still log on with a cupcake icon.

More from Publishing Perspectives on book retail and bookselling is here, more on Jellybooks is here, and more on the UK market is here.