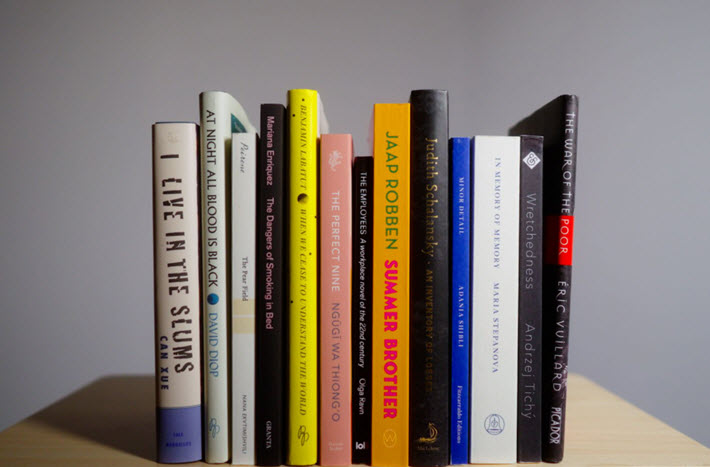 There are 11 languages represented in the 13-title longlist of the International Booker Prize, announced this morning (March 30) in London.

With content from 12 countries and four continents, the translation-specialized program of the Booker Prize Foundation again will split a prize of £50,000 (US$68,774) between the winning author and translator(s). Each shortlisted author and translator will also receive £1,000 (US$1,375), meaning that the total payout of the program this year is expected to be £62,000 (US$85,298).

That shortlist is anticipated on April 22. The winner of this year’s International Booker Prize is to be named on June 2, in a digital announcement from Coventry, which has been named the UK City of Culture in the program of the department for digital, culture, media and sport that makes this designation of a municipality every four years.

The prize is awarded annually for a single book translated into English and published in the UK or Ireland. Both novels and short-story collections are eligible. One of its finest factors is its recognition of translators and their work, along with the program’s ability to bring international literature to the attention of consumers and publishing industry players, particularly at a time when strong political currents of nationalism, xenophobia, and ethnic and racial hostilities have gained force in many parts of the world. 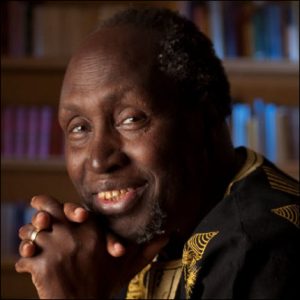 This year’s longlist sees the translator Megan McDowell making a fourth appearance in the program. She’s been both shortlisted and longlisted before. And she’s the only returnee to the list, the other translators being new to the program’s honors.

Can Xue is the only author to have been shortlisted before, and Ngũgĩ wa Thiong’o is the first Booker International-listed author to have translated his own work into English.

Thiong’o’s book is also the first in the program’s nominees to have been written originally in an Indigenous language, Gikuyu (sometimes spelled Kikuyu), which is a Bantu language of Kenya.

This year, the original pool of entries comprised 125 titles.

Hughes-Hallett: ‘Authors Cross Borders, and So Do Books’

This year’s jury for the International Booker has the cultural historian and novelist Lucy Hughes-Hallett as its chair.

In a prepared statement on the release of the longlist, Hughes-Hallett is quoted, saying, “In a year when we could scarcely leave our own houses, we judges have been crossing continents, transported by our reading. Every book we’ve read is unique. However, a theme does emerge—migration, the pain of it, but also the fruitful interconnectedness of the modern world. 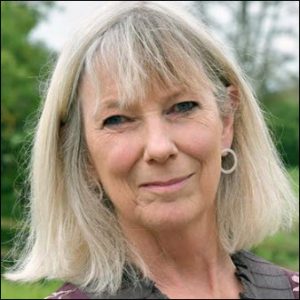 “Not all writers stay in their native countries. Many do, and they write wonderful fiction about their hometowns. But our longlist includes a Czech-Polish author’s vision of a drug-fueled Swedish underworld, a Dutch author from Chile writing in Spanish about German and Danish scientists, and a Senegalese author writing from France about Africans fighting in a European war.

“Authors cross borders, and so do books, refusing to stay put in rigidly separated categories. We’ve read books that were like biographies, like myths, like essays, like meditations, like works of history—each one transformed into a work of fiction by the creative energy of the author’s imagination.

“Thanks to those remarkable books, and to their translators, we’ve been freed to explore the world.  We hope this prize will inspire many more readers to follow us.”

Last year’s prize was given to The Discomfort of Evening written by Marieke Lucas Rijneveld and translated by Michele Hutchison. The foundation reports that the book has sold more than 50,000 copies of the UK edition and is being translated into 40 languages.

Books under consideration this year are published in English in translation by UK or Irish publishers between May 1 of last year and April 30.

At this writing, the 4:26 a.m. ET (0926 GMT) update of the Johns Hopkins Coronavirus Resource Center sees 4,351,796 cases in the United Kingdom’s population of 67 million, with 126,857 fatalities. Those numbers place the UK at sixth in the world for caseload behind the United States, Brazil, India, France, and Russia) and at fifth in the world for death tolls (behind the States, Brazil, Mexico, and India).

The BBC is reporting Boris Johnson’s comments to the effect that the United Kingdom cannot clearly assess “exactly how strong” its defenses are against another wave of the coronavirus COVID-19 pandemic—this, despite what he describes as the “impressive” rollout of inoculations in his country. Johnson “was speaking as the stay-at-home rule came to an end in England, allowing groups to meet outdoors. He warned [that] more deaths, infections, and hospitalizations are inevitable.”

Writing for the Associated Press, Jill Lawless in London reports, “While many European nations are seeing a new surge in the pandemic, Britain is counting on a rapid mass-vaccination program to help it end its lockdown. More than 30 million people—57 percent of all UK adults—have received a first dose of vaccine so far, the government announced Sunday. Almost 7 percent of adults have had both doses.”