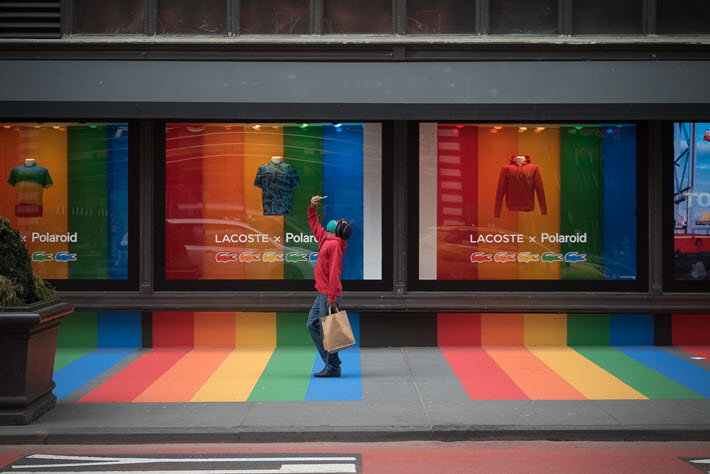 Announced Acquisition is Worth US$349 Million

As news weeks go in international publishing, this is a big one. There are reports of longtime Hachette Livre CEO Arnaud Nourry’s ouster in Paris. And with Bertelsmann’s announcement in Germany of financial gains in the pandemic year 2020 has also come more cautionary signals about regulators’ examinations of Penguin Random House’s plan to acquire Simon & Schuster.

And then there are initial reports from Jeffrey Trachtenberg and Dana Cimilluca at the Wall Street Journal of Rupert Murdoch’s New York-based News Corp‘s intention to buy the trade division of Houghton Mifflin Harcourt for US$349 million. As Trachtenberg and Cimilluca wrote, the sale “would allow Boston-based Houghton to pay down debt and focus on its digital-first strategy in education, goals that the company had set when it put HMH Books & Media on the block last fall.”

To a degree, it’s been easy to lose sight of Houghton’s work in the trade as the company placed its emphasis on its digital-education resources development in its educational wing. But, as Jim Milliot at Publishers Weekly reminds his readers, “With 2020 revenue of $191.7 million in 2020, HMH Books Media is generally considered to be the sixth largest trade publisher in the country. It has a backlist of more than 7,000 titles,” that backlist, Milliot says, accounting last year “for 60 percent of its revenue.”

In a statement issued from Houghton with the news, president and CEO Jack Lynch is quoted, saying, “At HMH, we’re incredibly proud of our legacy, which encompasses nearly 200 years of innovation in trade publishing and education, touching countless teachers, students, and readers over time. The divestiture of the HMH Books & Media business allows us to deepen our focus on K­­­–12 education, while also providing our talented consumer publishing colleagues and authors with infrastructure and support to fuel continued growth, champion new stories, and continue this legacy.”

And even in this statement on the anticipated sale of the trade division, the material from Houghton goes on to tout the company’s prominence as “the largest learning technology company in the k-12 market, serving 90 percent of the schools, teachers, and students in the United States.” It’s easy to see that the company simply has changed its priorities.

“As part of the agreement,” the statement says, “all HMH Books & Media employees will join HarperCollins, News Corp’s trade publishing division. HMH and News Corp will work closely to provide a smooth transition for employees, customers, authors and illustrators.” And while regulatory approvals still must be issued, the company reports that it anticipates closing in the second quarter of this year.

In her coverage at The New York Times, Alexandra Alter points out that there’s quite a bit of unease in many parts of the industry at this point around moves toward consolidation among the largest publishing players, most particularly in reference to the proposed acquisition of Simon & Schuster by Bertelsmann/Penguin Random House, the largest of the world’s publishers.

“Some analysts have warned that within a decade or so,” Alter writes, “the industry may be left with only two big publishing companies—Penguin Random House and HarperCollins, which is the second-largest trade publisher.”

And in his assessment of the deal’s potentials, Michael Cader quotes Bryan Murray  at Publishers Lunch in writing, “A number of strategic opportunities are already clear. HMH ‘has done a really good job in their media productions group’ in generating TV and streaming deals [per Murray]—last year yielding $13 million from a new production series and the Carmen Sandiego series on Netflix—and ‘allowing them to mine our Harper Children’s catalog’ should yield additional opportunities.

“In Canada, where HMH has been distributed by Raincoast, they will be able to take over direct sales:  ‘When we have our own teams take on distribution of our books, we tend to get growth, Murray said.”

In its statement, Houghton Mifflin updates its full-year 2021 outlook to adjust for the sale.

“The company now expects 2021 billings in a range of $905 million to $955 million” per the media messaging, “with an unlevered free cash flow margin in a range of 9 to 11 percent, reflecting the expected removal of HMH Books & Media from continuing operations. HMH will report the HMH Book & Media business as discontinued operations beginning with the quarter ending March 31.

“HMH Books & Media contributed approximately $192 million in billings to HMH in 2020. HMH expects total net cash proceeds of approximately $337 million, which it plans to use all net proceeds to pay down debt, further aligning the company’s capital structure with its digital-first, ‘connected ‘ strategy.”

More from Publishing Perspectives on mergers and acquisitions is here, more on HarperCollins is here, and more on the United States’ market is here.