Subscribers pay £6 monthly for author interviews and other features at the new LoveReading LitFest video offering, a book-recommendation marketing outlet for publishers. 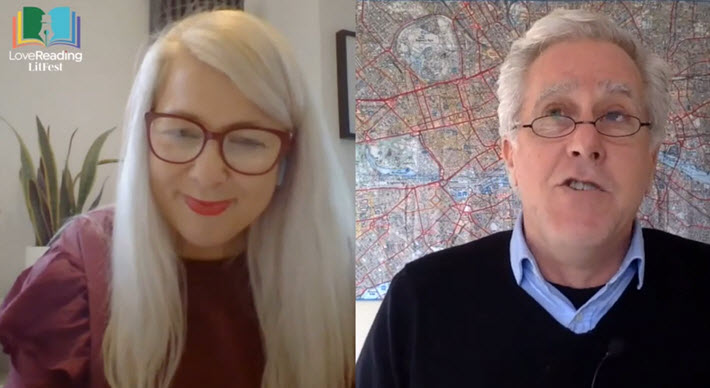 As book recommendation programs go, LoveReading has a long track record, having been established in 2005 in the British market and capitalizing on emailed title suggestions and extracts to what organizers say is now a 300,000-person database. It operates with familiar tactics of reviews, monthly lists, genre-specific appeals, and author highlights. 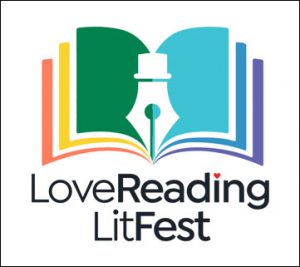 A year ago this month, the program opened a side offer called Lockdown LitFest in which video “shows” were interviews with authors and other personalities, conducted by the program’s co-founder Paul Blezard. He’s someone our Publishing Perspectives readers may remember as the host of several years of London Book Fair’s International Excellence Awards.

It was pointed out at the time by several observers that lockdown might not be a term anyone would want to hear or think about after a certain point. A bit like “Air Raid Reads” or “Blitzkrieg Books,” the term in a title might not have the desired staying power for consumers. Time in tiers seems indeed to have caught up with the program, and this week a far less freighted title—LoveReading LitFest—has been opened by the same team and is ready for consumers to subscribe for £6 per month (US$8.39) or £50 for a year (US$69.93).

LoveReading long ago proved its staying power, of course, and so can a well-made video-conversation sideline like this. And its repositioning at this point—presumably for a longer run than the coronavirus COVID-19 pandemic—shows us yet another way publishing’s marketing dynamics are looking to build past the public health emergency, capitalizing on the new familiarity many consumers feel for digital events.

Last week, also in the UK, we saw the UCLPress release of a new book of essays about the late Regency romance writer Georgette Heyer in an online conference event. While some of the program’s messaging guised it as an “un-conference,” it was a carefully programmed enthusiast event which drew a strong turnout of fan attention: HeyerCon. 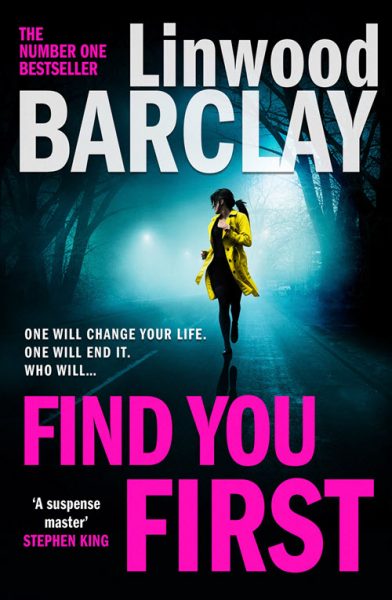 LoveReading LitFest is another such effort to position something in cyberspace, this time carrying along happy connotations of festive doings amid tents and ribbons and sunshine if you’re lucky.

The program earns money two ways. While the consumer pays for a subscription to see interviews with authors and others, publishers are paying a not-inconsiderable fee to have those personalities and their books featured. The company will talk about its rates only off the record but they’re something most large publishers can handle as part of a standard marketing budget while perhaps steeper for smaller independent presses.

And while watching the site’s programming, viewers have buy-buttons to use in making purchases of books they find interesting.

On the long approach to our vaccinated future, one of the interesting things we’ll be learning is how well such online developments around publishing will hold up—whether in marketing or in the world of webinars and other informational programing. Is the “digital acceleration” of the pandemic raising new niche activities online that publishing professionals and consumers will want to continue? Or will a joyous return to physical activities cause digital events to fade by comparison?

Time will tell. And for now, the LitFest program is casting a wide net, calling itself “independent, inclusive, international.”

In a short introductory video, Blezard says the new series of interviews will feature some authors who write in languages other than English in order to feature translation—that’s welcome news to many in the industry. And Deborah Maclaren, managing director of the LoveReading site, talks of featuring debut talent as a special interest. There also are plans to support independent bookstores. 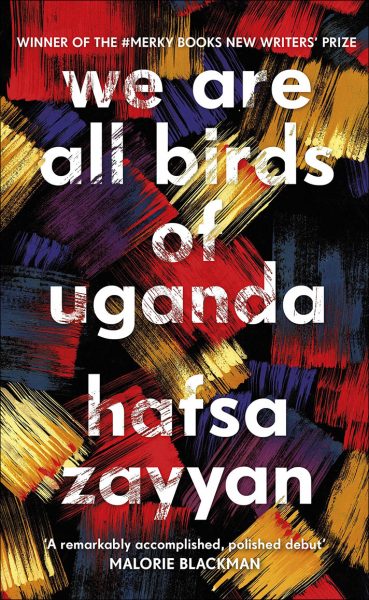 In a prepared statement, Blezard is quoted, saying, “Taking all that we have learned across the last year about online events,” in the Lockdown LitFest, “we’ve created a platform that will be a global shop window.”

Maclaren is quoted, clearly aware of Zoom fatigue, “This, for us, is the manifestation of a vision we’ve had for a while to create LoveReading TV…  a million miles apart from your average Zoom call. We’re super excited to work with Paul and some of the talented members of the Lockdown LitFest team to make the dream a reality. It’s a perfect match.”

Promotional copy says, “The new festival will also be running a series of themed panel discussions and, in time, a program of events for children and young adults, schools and colleges. The aim is to make all events, which will be moderated by a variety of different presenters each month, with podcasts, transcripts, and signing.”

At this point, the LitFest program will begin with two new 30-minute interviews per week. A subscriber need not see them live; they’ll be recorded for replay at a convenient moment.

Opening attractions are a chat with Find You First (HarperCollins UK, February 4) author Linwood Barclay and an introduction to debut author We Are All Birds Of Uganda (Penguin Random House UK, January 21), Hafsa Zayan. Other authors expected to appear are Kate Mosse, David Baddiel, Simone Buchholz, and some as yet unnamed literary agents, as well.

In addition, a series of 10-15 minute readings by authors “Opening Chapters,” is to start with romance novelist Katie Fforde reading from A Wedding in the Country.

To mark the children’s publisher Nosy Crow’s 10th anniversary, LoveReading LitFest is also planning to hold a competition for members to win a box of books.

More from Publishing Perspectives on book marketing is here, and more on the UK market is here.

More from us on the coronavirus pandemic and its impact on the publishing industry is here.